The Civil Peace Initiative in Iraq submitted to the Committee of Civil Society Organizations in the Iraqi Council of Representatives(ICR) (Iraqi parliament)  a demand to vote on making 2012: a Year of Civic Peace in Iraq, and the adoption of the objectives of the initiative in making the civil peace as national priority for all […]

Iraq’s Journalist Protection Law, approved in August 2011 by the Iraqi Parliament which was facing  international pressure to reform its laws concerning the media, in fact constitutes a threat to independent media. It even leaves in place laws of the Saddam era that allow journalists to be imprisoned for up to seven years for insulting […] 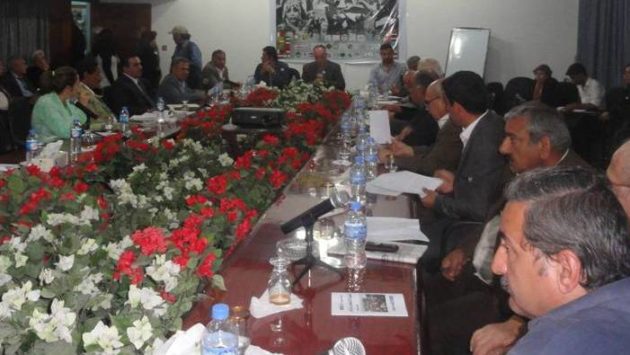 Statement from the Baghdad People’s Summit “People’s Issues! Not Rulers’ Issues” A large and varied group of Iraqi civil society organizations gathered in Baghdad in the hall of the oil cultural center on 24 March 2012 for a people’s meeting held in parallel with the Arabic League Summit. Many representatives of the media and the […]

Campaign for Children’s Health in Iraq 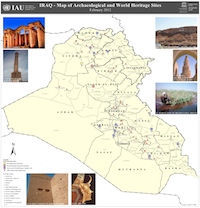 Map of Archaeological and World Heritage Sites in Iraq (Feb 2012)

The Interagency Information and Analysis Unit of the United Nations has published a new map of the archaeological and World Heritage sites in Iraq. Available here: http://www.iauiraq.org/documents/1629/Map%20of%20Archaeological%20Site.pdf

Civil Society News, Save the Tigris and Marshes, Water and Environment

“Summit of peoples, not summit of Rulers”   There are preparations are made for doing the Arabic summit in Baghdad in the last of the current month (March), this summit will be in Baghdad and have reflections advantages on the Arabic – Arabic relations, like closing the page of Iraqi isolation on his Arabic surroundings, […]

Plundering the Past: Scholarly Treasures “Not a year has passed without hunger in Iraq,” wrote the great Iraqi poet al-Sayyab (1926–1964) more than half a century ago in his memorable poem “Rainsong.” Now, many years and many wars later, there is hunger aplenty. Were he alive today, al-Sayyab would have expressed nothing short of horror at the […]

Iraqi Civil Society Activists Bring Their Vision to Washington, D.C. Four exceptional human and women’s rights, youth and nonviolence activists from Iraq met with U.S. government officials, representatives of U.S. NGOs, as well as American peace and justice activists during the week of February 5 to 11. In presentations to a wide range of audiences […]

An education in occupation

An education in occupation As the last American soldiers left Iraq in December, so, too, did many of the journalists who had covered the war, leaving little in the way of media coverage of post-war Iraq. While there were some notable exceptions — including two fine articles by MIT’s John Tirman that asked how many Iraqis had been killed […]

WHAT DOES THE FUTURE HOLD FOR IRAQ?

WHAT DOES THE FUTURE HOLD FOR IRAQ?   The mainstream, international press is now focused on the Shi’a Prime Minister, Nouri al-Maliki’s threats to arrest the Sunni Vice President Tariq al-Hashemi for being a terrorist. Unable to understand Iraqis, except as divided into Sunni, Shi’a, and Kurdish factions, the media has ignored a story that […]

2012: a Year of Civic Peace in Iraq! We are issuing  a call for civic peace in Iraq. We are a group of activists, academics, and educators. Along with members of the media and representatives of many Iraqi organizations, we are launching our initiative for civic peace, seeking widespread national participation as we begin […]