Freedom of Association Status, A Study by Solidarity Center on the Status of Trade

Unions in the Electricity Sector in Iraq During the last decade, the Iraqi trade union movement has faced many turning points. It has been deprived of freedom of association in the public sector for over a quarter century according to the Iraqi government decision in 1987 and the dissolved Revolution Command Council Decision No. 150, which changed workers status to employees, making them ineligible for union membership. However, the Iraqi workers have formed several trade union federations since April, 2003 and in various labor sectors, including the public sector.

This comes in conjunction with the Iraqi government-led campaign that banned freedom of association in the public sector in general and took trade unionists to court and fined them as a penalty for their union activities. Some trade union members in the oil, port, and industrial sectors were transferred from their workplaces to other workplaces very far from where they live, in an attempt to restrict their trade union activity. 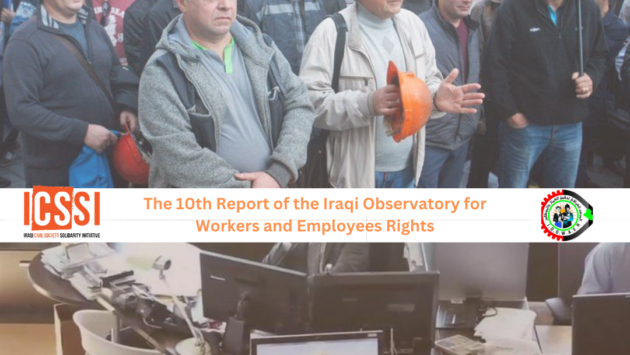