An education in occupation

An education in occupation As the last American soldiers left Iraq in December, so, too, did many of the journalists who had covered the war, leaving little in the way of media coverage of post-war Iraq. While there were some notable exceptions — including two fine articles by MIT’s John Tirman that asked how many Iraqis had been killed […]

WHAT DOES THE FUTURE HOLD FOR IRAQ?

WHAT DOES THE FUTURE HOLD FOR IRAQ?   The mainstream, international press is now focused on the Shi’a Prime Minister, Nouri al-Maliki’s threats to arrest the Sunni Vice President Tariq al-Hashemi for being a terrorist. Unable to understand Iraqis, except as divided into Sunni, Shi’a, and Kurdish factions, the media has ignored a story that […]

2012: a Year of Civic Peace in Iraq! We are issuing  a call for civic peace in Iraq. We are a group of activists, academics, and educators. Along with members of the media and representatives of many Iraqi organizations, we are launching our initiative for civic peace, seeking widespread national participation as we begin […]

Iraq’s journalist protection law doesn’t protect them New York, January 24, 2012–Iraq’s Journalist Protection Law falls short of international standards of freedom of expression and should immediately be repealed, the Committee to Protect Journalists said today. The law, which was passed in parliament in August after the government faced pressure for media reform in recent […]

On January 21st “The Democratic Movements” of Iraq met in Baghdad to focus on “Iraq’s Current Political Crisis and Vision to Overcome It.” The many organizations and political activists attending the meeting discussed several proposals, including a national campaign for civic peace and a call to establish an Iraqi Social Forum as part of the […]

A Report prepared by Toby Mendel, Executive Director, Centre for Law and Democracy. Introduction Respect for basic human rights and freedoms in Iraq improved following the downfall of Saddam Hussein, and Iraq has aspirations to becoming a leader in the region in terms of democracy and human rights. An important milestone in this regard was […] 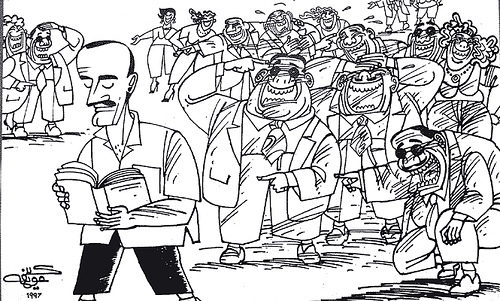 The Iraqi Civil Society Solidarity Initiative (ICSSI) urges you to support a lawsuit before the Iraqi Federal Court to abolish the so-called “Journalists’ Rights Law” recently passed by the Iraqi parliament. This law explicitly violates articles 13, 14, 38 and 46 of the Iraqi Constitution, which protect freedom of the press and freedom of expression. […]

Iraqi Youth Feel Mixture of Hope, Outrage and Anxiety as U.S. Troops Withdraw Based upon a Survey by the Center of Information for Research and Development Tammuz Organization for Social Development and The Center of Maslah for Human Resources Development University students in Iraq, ages 18 to 25, reflecting upon the U.S. military presence in their country for more than eight […]

The security is one of the most profiteering sectors in Iraq. The use of international and local private military & security companies by Iraqi Government, Foreign Embassies, Businessmen and International humanitarian organizations, among others, is becoming very common in the country. The privatization of war is a threat to the human security and human rights […]

To the American President Barak Obama Nine years ago your military invaded Iraq claiming two justifications:  the existence of weapons of mass destruction and the goal of spreading democracy.  The first pretext was proved absolutely false, which even former-president George Bush has admitted. This was shameful.  But in the name of spreading democracy, what Iraqis […]

To the American President Barak Obama Nine years ago your military invaded Iraq claiming two justifications:  the existence of weapons of mass destruction and the goal of spreading democracy.  The first pretext was proved absolutely false, which even former-president George Bush has admitted. This was shameful.  But in the name of spreading democracy, what Iraqis […] 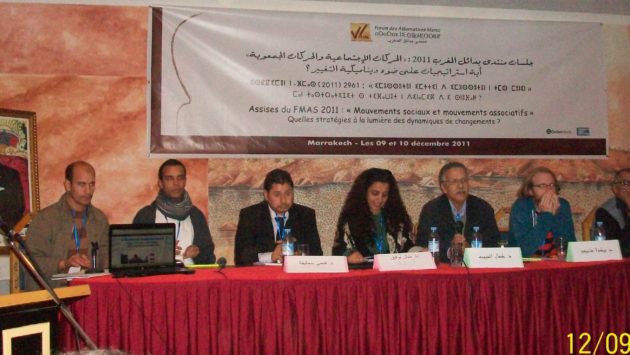 At a time of dramatic change at both a regional and global level, “Forum des Alternatives Maroc (FMAS)” took place on the 9th and 10th of December 2011 in Marrakech, Morocco. More than 240 participants representing more than 95 networks and organizations participated in the meetings. The forum was open to participants from all over […]