Washington has rightfully avoided backing a candidate in next week’s elections, but it should still use counterterrorism assistance and other levers to push Baghdad on pluralism and KRG oil revenue sharing during the presumably lengthy transition period.

On April 30, the Iraqi public will vote in national parliamentary elections, establishing the next four-year term of the 328-seat Council of Representatives. Thereafter, an equally consequential bargaining process will commence, taking the formation of the next government out of the public’s hands and cloistering it behind closed doors. The United States has repeatedly prodded Baghdad to ensure that the vote is held on time, in all districts, and in a free and fair manner. Washington’s role in the government formation process could be equally constructive, but it presents a far trickier challenge. Indeed, how the U.S. government acts during the postelection process could set the tone for bilateral relations throughout the next government’s term.

The process of forming governments in Iraq is typically lengthy and complex. Certification of election results took eight weeks in 2006 and fourteen weeks in 2010. Once the results are agreed, legislators must elect a speaker during the first session of the new parliament; they must then hold a second session within a month, during which they elect a president by a two-thirds majority. Appointment of the president initiates a time limit on government formation, with the new executive required to name a prime minister-elect within fifteen days and hold a cabinet ratification vote no later than thirty days after that announcement.

In 2006 and 2010, Iraqi factions deliberately froze the process at the earliest stage by leaving the initial session of parliament technically “open” for many weeks to win time for negotiations. The interregnum lasted twenty-four weeks after elections in 2006 and thirty-eight weeks in 2010. In both cases, the painstakingly arranged dominos thereafter fell in quick succession, including quick ratification of the prime minister and his cabinet.

Selecting the prime minister could unfold in one of two ways following next week’s elections. If the model of 2006 and 2010 is followed, Shiite factions will huddle in private to negotiate who will become the next premier, treating other factions as secondary actors to be incorporated into the deal after the fact. Alternately, current prime minister Nouri al-Maliki or his Shiite opponents could seek to draw together as many seats as possible from non-Shiite blocs in order to create the largest nucleus of support before the new president names the prime minister-elect. This second path would mark a historic low point in pan-Shiite solidarity, an outcome the Shiite parties, the Shiite religious establishment, and Iran have worked hard to avoid since 2003.

THE ROLE OF EXTERNAL POWERS

Iraqi factions have typically sought to draw in outside powers such as the United States, Iran, Turkey, and the Gulf states to bolster their prospects during government formation. The 2006 and 2010 postelection periods offer a wealth of lessons that can help Washington maximize the chances of constructive engagement after the upcoming vote.

U.S. involvement. In 2006, U.S. ambassador Zalmay Khalilzad played the pivotal role in selecting and boosting Maliki as the Shiite bloc’s candidate for premier, reflecting America’s status as the main occupying power. Washington was less assertive in 2010, awaiting the outcome of intra-Shiite bargaining from which no alternative to Maliki appeared. U.S. officials then focused on seeking a modicum of inclusiveness in the 2010-2014 government. In the eyes of Maliki’s opponents, however, Washington appeared to abandon the opposition, creating a lasting impression that the U.S. government is unswervingly supportive of him.

Iran’s role. Tehran has probably been the most influential external power during government formation and other fulcrum points in Iraq’s recent political history. For example, Iranian leverage over Shiite leader Muqtada al-Sadr undermined Ibrahim Jafari’s attempt to retain the premiership in 2006 and laid the groundwork for Maliki’s reappointment in 2010. Tehran also encouraged the reappointment of President Jalal Talabani during a March 2010 pre-election gathering of Iraqi Shiite factions in Iran; it later called in the favor by directing Talabani to derail a no-confidence vote against Maliki in April 2012.

Yet Iran’s inability to split Sadr away from the no-confidence vote demonstrated that it had lost a degree of influence over a key Shiite leader by that point. And in recent negotiations over the long-delayed formation of the Kurdistan Regional Government (KRG) cabinet, Tehran apparently failed to win a greater role for its preferred faction, the Patriotic Union of Kurdistan. Still formidable but distracted by Syria and closely associated with Maliki, Iran may face a tougher struggle to shape Iraq’s leadership than it has in the past.

Turkey and the Gulf States. When it comes to influencing Iraqi politics, Sunni-majority states are largely limited to the secondary issues of intra-Sunni and Kurdish politics. In 2010, Turkey’s favored faction, the predominantly Sunni nationalist Iraqiyah bloc, was on equal footing with Maliki’s State of Law Alliance until Shiite support consolidated behind Maliki. Ankara actively sought and failed to undercut Maliki’s reappointment, thereby poisoning relations with the new Iraqi government. That misadventure offers a clear warning against trying to pick a winner in the absence of strong control over the outcome.

Next week’s vote will be Iraq’s first post-occupation national election — a critical test not only for Iraqi democracy, but also for U.S.-Iraqi relations. Washington has clearly avoided backing a candidate thus far, and it should make this stance abundantly clear because U.S. intentions, actions, and even inaction are prone to being misinterpreted.

That said, the United States would be well within its rights to communicate that its valuable counterterrorism support — including intensified measures such as drone strikes — will only be available to a government that consistently practices ethnosectarian power-sharing to a far greater extent than has occurred in Maliki’s second term. During what may be a lengthy six to nine months of government formation, Washington will have an unenviable task: supporting Iraq in a desperate struggle with extremist militants while restraining the caretaker administration’s tendencies toward exercising emergency powers that may stymie a peaceful transition and further alienate Sunni communities in Iraq and across the region.

The United States should also remain mindful of a potential meltdown in relations between Baghdad and the KRG. Over the past six months, Washington has toiled to bring Maliki and the Kurds to the brink of an arrangement on oil revenue sharing, only to see the process buffeted and stalled by electoral grandstanding in Baghdad. Following the elections, the Iraqi parliament will remain convened in a special extended session until the 2014 budget is passed, including provisions outlining the federal government’s ability to cut off KRG financial allocations. Passing a budget of any sort is a priority for all Iraqi factions, but removing the anti-Kurdish provisions would create positive momentum that could carry into the government formation process. Accordingly, U.S. officials in Iraq should concentrate their postelection efforts on getting Kurdish oil flowing through the federal export system and restoring Baghdad’s financial transfers to the KRG. 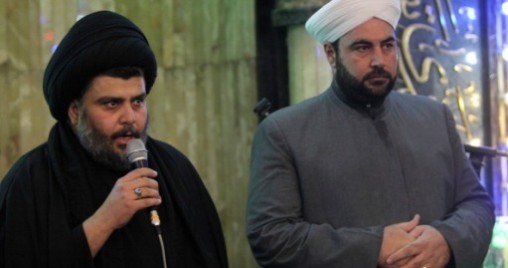