Your “Charges” Are Their Rights! Drop the Charges! 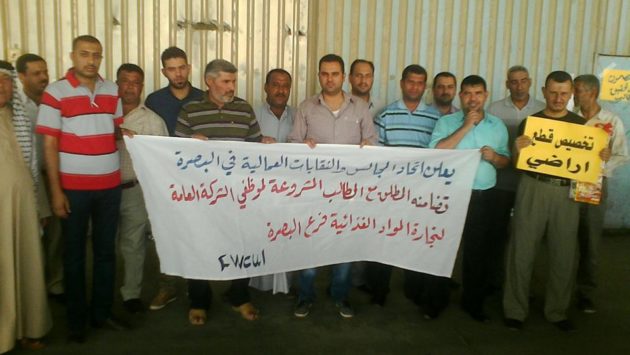 Demonstration of employees in the Ministry of Commerce

There is no “crime”, Drop the Charges!

International solidarity efforts for Hassan Juma Awad and the oil workers of Iraq must continue.