With heavy heart and renewed determination, the officers, staff, and affiliates of U.S. Labor Against the War mark the eleventh anniversary of the outbreak of the illegal U.S. invasion and occupation of Iraq.  For many Americans, the withdrawal of U.S. combat forces from Iraq at the end of 2011 marked the end of U.S. involvement with, and responsibility towards, the Iraqi people.  We disagree.

Even though our combat forces are out, the war continues to have catastrophic effects in Iraq, and for the families of tens of thousands of U.S. veterans.  Millions of Iraqis grieve the loss of loved ones killed by the U.S. military, while Americans mourn the deaths of thousands of our soldiers. The sectarian violence wracking Iraq has its immediate origins in the ignorant and arrogant policies imposed by U.S. occupation forces.  The sectarian factionalism encouraged by the U.S. occupation has paralyzed the Iraqi political process, presided over by a dysfunctional government.  Depleted uranium from U.S. munitions is a continuing, widespread, and profound threat to the Iraqi environment and people, and to returning U.S. troops.  Iraqi workers, 80% of whom work in the public sector – the oil industry, transportation, heavy manufacturing, hospitals, schools, ports, social services – are forbidden from organizing unions and engaging in collective bargaining because the U.S. kept in force the 1987 Saddam Hussein decree that prohibits public sector workers from organizing unions.  All this and more is the legacy of a war that has not ended for Iraqis, for which the American people and our government must take responsibility.

The war, now officially over for more than two years, continues to have catastrophic effects in the U.S. as well.  Our Iraq war veterans suffer loss of limbs and eyes, long-term traumatic brain injury, and post-traumatic stress disorder.  They suffer from homelessness, unemployment, and suicide disproportionate to their numbers in society. The economic wellbeing of the country is threatened by the overhang of debt created by the reckless funding of the war and the distorted federal budget priorities that fund U.S. militarized foreign policy, instead of devoting those resources to urgent domestic human needs.

As we reflect on the terrible continuing effects of the Iraq war, we in U.S. Labor Against the War commit ourselves to continuing and deepening our partnerships within the labor movement and with peace, veterans, and community organizations.  We will continue to work with our partners in the Iraqi labor movement and Iraqi civil society.  We will not turn away from our longstanding commitments to peace and justice in Iraq, and for our veterans and the American people.  We are determined to end our country’s militarized foreign policy, no matter where our government seeks to apply it, and to promote true security for our people through universal education, health care, and modern infrastructure.

These are our commitments as we mark the eleventh anniversary of the U.S. war in Iraq. 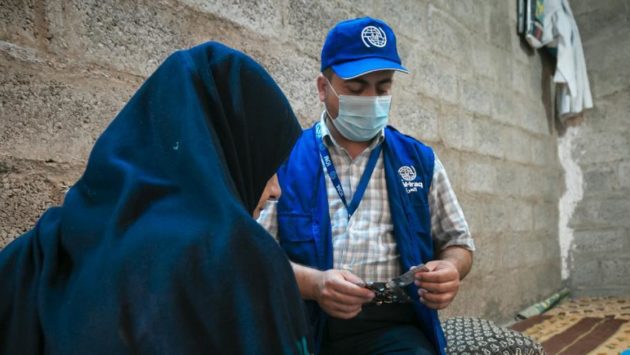 Trade Unions and Workers’ Rights in the Time of COVID-19