If you think the Iraqi government has reached its limit in violating women’s rights, think again. On 25 February, the Iraqi council of ministers approved a new personal status law called Ja’fari law, named after the sixth Shi’ite imam Ja’afar al-Sadiq, who founded his own school of jurisprudence (Shi’ite). It was submitted to parliament for a vote. The draft was put forward by the justice minister Hassan al-Shimari, a member of the Shi’ite Islamist Fadhila (Virtue) party to deal with issues of marriage, divorce, inheritance and adoption.

The current law, No 188, was issued in 1959 and is considered to be the most protective of women’s rights in the Arab countries. It stipulates the following: the legal age of marriage for both men and women is 18; polygamy is prohibited and taking a second wife is extremely restricted; a Muslim male is allowed to marry a non-Muslim female without conditions or restrictions; and a woman can disobey her husband if he behaves tyrannically and harms her by failing to provide adequate housing or care should she fall ill.

Now, let us read a few articles of the new bill. Article 16 sets the legal age of marriage for females as nine and males as 15, although it could be even lower with the consent of a guardian, father or a grandfather. Article 104 permits unconditional polygamy. Article 101 says men have the right to “enjoy” sex with their wives any time they want, and wives cannot leave their marital home without their husband’s permission. Article 126 says husbands are not required to pay financial support (nafaqah) when their wife is either a minor or a senior and hence unable to sexually satisfy them. Article 63 prevents Muslim males from permanently marrying non-Muslim females, which means a Shi’ite Muslim male is allowed to marry non-Muslim females temporarily in what is calledmut’a marriage. Mut’a is when a man who wants to have sex with a woman “marries” her in the presence of a religious figure, who acts as amut’a broker. The man will specify how long the marriage will last, ranging from a few hours to many years. A small mehr (dowry) will then be paid to the woman. Such marriages have no protection or guarantees for women and/or their offspring in Iraq. Only a man has the right to renew it when it expires – for another mehr – or to terminate it early. Temporary marriage and unregistered marriages in civil courts were prohibited before 2003 but are on the increase among widows and poor women since then.

The highlighted articles, not to mention others, are in breach of Iraqi laws, international agreements and UN conventions which Iraq ratified on human rights, in particular those relating to women and children. The draft law ignores article 2 of the UN’s Declaration on the Elimination of Violence against Women by legalising marital rape. The Cedaw committee, the body of international experts which reviews state compliance with the convention, urged in its 28 February review of Iraq that the government “immediately withdraw the draft law”.

What is the justification for drafting this law? The UN’s representative to Iraq, Nickolay Mladenov, condemned the legislation. He wrote on Twitter that the bill “risks constitutionally protected rights for women and international commitment”.

“It is a divine Sharia, it is a must,” said the Virtue MP Susan al Saad on Alhurra TV, justifying her enthusiasm to ratify the bill. But is it? The Association of Muslim scholars in Iraq does not agree. To convey its dismay at this draft law it has issued a statement arguing that the existing family law is “the outcome of consultation with specialists in Sharia law and civil law representing all Iraqi people … when the need to change or adjust arises, that will [be] carried on as it has been done in the past”. Women’s groups and activists have taken to the streets demanding the withdrawal of the draft law, and there is public outrage at the hypocrisy of the sectarian political parties using Islam as a blanket to cover up their corruption and endemic violations of women’s rights.

The corrupt ruling alliance is desperate to pass this law in the next few weeks to boost its chances in next month’s general elections. But the outcry at the bill has been so widespread inside Iraq and internationally, in addition to the general public belief that it is an election ploy rather than a religious reform, that it might lessen the possibility of it passing, for the time being at least.

However, it is absolutely clear that this law, if enacted – and no matter how it is marketed – would undoubtedly damage what Iraqi women have been struggling to get rid of for more than a century. It is a degrading step for both Iraqi men and women alike. 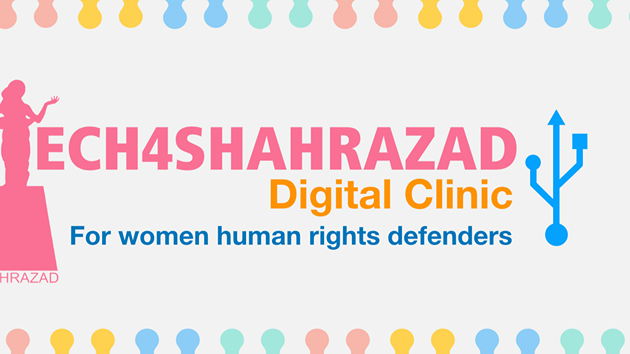