While the international community continues to see Iraqi women merely as victims of violence, Iraqi women journalists tell us another story, and celebrate today a victory of their advocacy efforts. A new Iraqi Media Network Law was approved by the Iraqi Parliament on May 28, 2015. Article 8 of the law reserves a minimum of three seats out of nine for women in the Board of Trustees of the Iraqi Media Network (IMN). Such Board, according to Article 10 of the new law, shall outline the general policy of the network and identify the main trends of its media discourse, as well as the development of rules and regulations to facilitate the network work.

The law also stressed the institutional link of the IMN with the House of Representatives. This is a significant change to the policy of the government of the former Prime Minister Noori Al-Maliki who had located the IMN under the Prime Minister’s Office, in order to influence the media according to the views of the executive authority. This new structure is thus an important victory for the independence of the IMN, which is funded by the Iraqi public. Iraqi women working in media face serious risks, risks that outweigh those of their male colleagues; they must deal directly with the forces of terror and extremism, which do not recognize any role for women outside her family. If women journalists monitor corruption and human rights abuses, they are often intimidated by A range of societal entities, including local authorities, the government, and other sectarian and tribal forces. In addition to all of this, women in the press and media work within a environment dominated by men, where harassment is widely used against any woman who has the courage to perform her duties competently and professionally, as her male counterparts do. Iraqi security forces and police have proven to be completely incapable of stopping these violations and protecting women journalists and women in general.

In spite of all these difficulties, in order to change the harsh reality they face, Iraqi women journalists organized themselves and worked hard to secure their rights, Guaranteeing that no less than one-third of the journalists in the IMN would be women is one of their most prominent achievements.

The Iraqi Women Journalists Forum, the most important NGO protecting the rights of Iraqi female journalists, has worked for more than three years to claim this “quota” for women in the IMN: they held seminars, organized workshops and advocacy meetings to explain their point of view and achieve their objective.

At the Iraqi Civil Society Solidarity Initiative (ICSSI) Conference in October 2014 in Norway, Nibras Al-Maamouri – activist, journalist and chairperson of the IWJF – explained why this objective is important, and included it in the final declaration of the conference. An Iraqi and international circle grew around that objective. The IWJF continued its efforts until it achieved its victory, then it issued a statement to celebrate this occasion, expressing the happiness of Iraqi journalists.

ICSSI considers this momentous achievement to be the result of the competence and perseverance of the Iraqi Women Journalists Forum and of the women in Iraqi media generally, all the more impressive as it has been achieved despite all the challenges they face in this difficult time. We congratulate all women in the Iraqi media and press, and we hope that in changing the Iraqi media, they are simultaneously helping to build a non-discriminatory society. 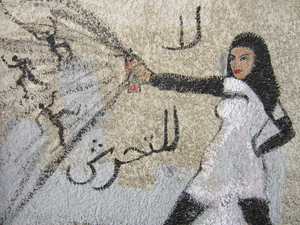