The Baghdad Council for Social Cohesion implemented its first training on communication skills, under the framework of the Iraqi Social Forum (ISF). The training was led by Asif Mohammed and was held over two days, 7-8 December 2018, at ISF headquarters. The training aims to increase the skills of Council members around the art of communication and body language, and how to deploy these skills in negotiation and resolution of local conflicts in Baghdad.

The first day of training included 10 members of the Council. The day opened with a simple, mind-clearing activity to prepare participants for the rest of the day. The day’s activities focused on methods and types of communication, and the importance of using different forms of communication in everyday situations. Exercises and practical examples were given during which members were divided into 3 groups. Each group was given a problem that required a negotiated resolution. The three cases were as follows:

On the second day of the training, these cases were discussed in more detail. Participants were given opportunities to discuss their proposed solutions and receive feedback and suggestions from other participants. Participants were able to collect different ideas to use to solve these real-world problems.

The second day continued by presenting participants with three other problems related to education, extremism, and violence. Participants had to choose one issue to discuss, focusing on the ability of the Council to intervene in such issues and considering how to use social media to solve specific cases related to these challenges. The training concluded with self-defense techniques to increase the self-confidence of the members of the council and sustain positive energy in the space.

Baghdad Council for Social Cohesion is one of the councils operating in 4 governorates of Iraq (Sulaymaniyah, Baghdad, Falluja, and Misan). The Council works in cooperation with the Information Center for Research and Development within the framework of the Iraqi Social Forum, and supported by the European Union project in coordination with the civil society organizations that work inside the local forums’ masarat (paths) and working groups. 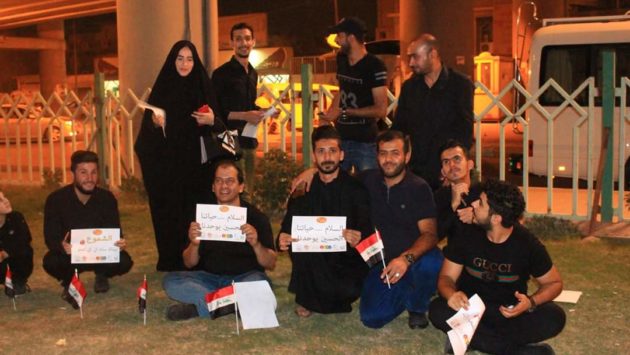