With more than 1000 people attending, the first season of the “I Love Maysan” carnival was an enormous success. It was organized jointly by the Maysan Social Forum and the Iraqi Social Forum, and its activities  focused on youth creativity in the province, recognizing the accomplishments of the many remarkable young creators in the region.

The carnival was held on 31 December 2017 in a city park.The open, outdoor space allowed for many different activities, including photo exhibitions of Maysan landmarks, paintings by young artists and a handicraft bazaar — all organized by volunteer teams from the province. The carnival also included a display of small electronic robots and remote control planes made by a talented young man from Amara. These exhibits were accompanied by a range of other activities put on by civil society groups participating in the carnival. The carnival opened with the Iraqi national anthem, followed by opening comments from Asaad Alkinani, who spoke on behalf of the Maysan Social Forum, thanking the attendees and the organizing teams, and inviting everyone to join in the various activities offered.

Salman Khairallah spoke next, representing the Iraqi Social Forum, and thanked the volunteers and organizers for their efforts to ensure the success of the event. The carnival aimed at building and strengthening civil society as an entity that values human rights and promotes social justice. He added that current problems in Iraq require that members of civil society make extraordinary efforts to solve them.

Honors were given to the young activist, Haneen Alaa, for her efforts to break down the barriers created by restrictive and limiting cultural traditions. The carnival also celebrated the young inventor, Abu al-Fadl Diab, who created a waste incinerator which helps to preserve the environment. Finally, the Iraqi Paralympic Team was honored for their winning of two gold medals in the 2017 Brazil Paralympic Games — and coincidentally, the entire team is from the city of Amara! The young artist, Mukhalad Sultan, presented a silent play which tried to address some of the social problems now facing Iraqis, and a group of young actors from Nasiriyah performed a play based on traditional folk tales depicting relations between the countryside and the city — their humorous portrayals caused the audience to erupt in laughter. The singer, Ahmed Al-Muzaffar, ended the performances with a song.

The Maysan Social Forum is a civil space for joint action, consisting of a number of voluntary teams and civil society organizations in Maysan province. Its events and work more generally align with the principles of the Iraqi Social Forum. It is supported by the Swiss international aid organization FAI, in cooperation with the Iraqi Civil Society Solidarity Initiative, the Information Center for Research and Development, and Un Ponte Per… 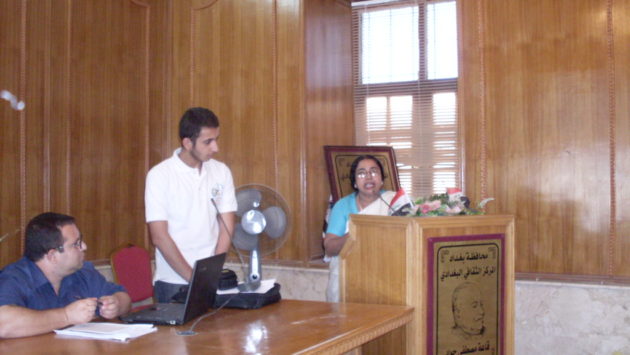 Solidarity with the Iraqi Social Forum from Bangladesh 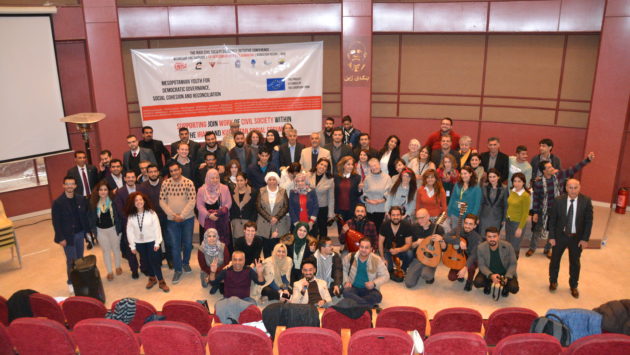 Supporting Joint Campaigning by the Iraqi and Kurdistan Social Forums: Bridging the Divide in 2018 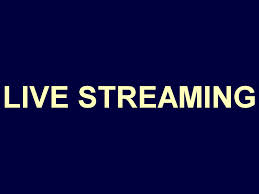