Several activities have been organized in March 2017 in Baghdad by the Iraqi Social Forum celebrating the International Women’s Day and aimed at supporting Iraqi women and strengthening their position in society.

In cooperation with the Solidarity Center the Iraqi Social Forum organized a workshop on women rights in the new Iraqi labor law. Number of working women, unionists in the Iraqi trade unions and activists of the civil society organizations participated in this workshop, which lasted for two days (8th, 9th) of March.

The workshop discussed topics related to the status of women in the work place, including the challenges they’re encountering such as harassment at work, arbitrary termination of employment, low wages and restrictions on trade union freedoms in the public sector. The Sport Against Violence in cooperation with the Municipality of Baghdad also organized a race for women. This race comes within a series of preparatory races targeting specific groups of the society. The race was organized on Saturday, March 11, 2017, in Zawraa Park in Baghdad, with the participation of 40 contestants from different age groups. The contestants raced on the first three places after running more than one kilometer, and they also participated in organizing Shahrazad bazaar which took place at the same time and place. The celebration of International Women’s Day continued with Shahrazad bazaar which was organized by the Iraqi Social Forum, and devoted for women as well. The bazaar included 19 booths of handcrafts, accessories, art crafts and homemade food. Moreover, one of the booths was dedicated to advocate for women’s issues and women public rights.

This bazaar aimed at providing an opportunity for worker women to display their work and their activities and to promote for the influential role that women can play in the different fields of work.

Another booth was dedicated for a campaign “to stop gender-based violence in workplaces”, this space was managed by the Iraqi Social Forum and Solidarity Center teams. Copies of the new Iraqi Labor Law and brochures that defined worker women rights were provided in the booth, in addition to that, there was a booth that provided brochures on the activities of the Iraqi Social Forum and its Masarat (paths).

The bazaar also included exhibitions of paintings that were drawn by a group of young women, and some musical performance. The bazar concluded with a stand-up comedy show that was presented by a young Iraqi man about Iraqi mothers. 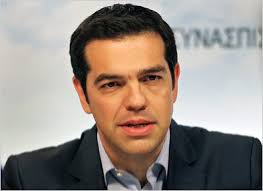 Solidarity Message from the Prime Minister of Greece, Alexis Tsipras to the World Social Forum