Honar Hama Rasheed – Niqash
The banned Speaker of the Iraqi Kurdish Parliament, Yusuf Mohammed, caused a storm at an elite political forum recently by implying senior Kurdish politicians were too stupid to rule. He told NIQASH why.
The big drama at the recent Sulaymaniyah Forum, an annual conference organised by the American University in Sulaymaniyah, occurred shortly after a keynote address given by the Prime Minister of Iraqi Kurdistan, Nechirvan Barzani.

Barzani spoke at length about the current political problems in the semi-autonomous northern region and also about why the opposition party, the Change movement, had been dismissed from a broad-based (some would say, too broad) power-sharing government. This included banning the Speaker of the Iraqi Kurdish Parliament, Yusuf Mohammed, a member of the Change movement, from the capital and from his office in government buildings.

“We tried very much to normalize the situation,” Barzani reportedly said during the speech, “but we couldn’t reach a solution, which is why, between bad and worse, we chose bad.”

One of the prime movers behind the Forum, the University’s founder and former Vice President of Iraq, Barham Salih, tried to calm the situation down, asking the two opposing parties to come together to find a solution. Barzani belongs to the Kurdistan Democratic Party, or KDP, and Mohammed to the Change movement, which was elected on an anti-corruption platform.

The bone of contention between the two parties is the issue of the Iraqi Kurdish presidency.  Barzani’s uncle and head of the KDP, Massoud Barzani, has insisted on remaining in the job even though local legislation says there should be a new president. The Change movement have campaigned hard to have Barzani senior leave the post and this is what led to demonstrations, that turned violent, and eventually the Change movement’s ousting from Iraqi Kurdish corridors of power.

Shortly after Nechirvan Barzani gave his speech, Mohammed responded with his own, criticising the Prime Minister without actually mentioning his name. “Having power in these times requires knowledge,” Mohammed told the audience, which included some of Iraq’s most senior politicians and foreign diplomats. “And illiterate people cannot handle power.”

Word has it that a senior member of the KDP got up and began to head for the stage. The organisers managed to head him off and keep the opposition politicians at the opposite ends of the podium. Nonetheless the statement got a lot of attention.

NIQASH met with Mohammed to ask him what he really meant by what he said. Although the Speaker of the Iraqi Kurdish Parliament still wouldn’t name any names – open criticism can be dangerous – he invited plenty of “reading between the lines” and struck a very critical tone. He also commented on today’s reforms in Baghdad and what Iraqi Kurdish authorities could learn from them.

NIQASH: Your statement – that “illiterate people cannot handle power” – at the Sulaymaniyah Forum has caused quite a stir. Could you explain it further?

Yusuf Mohammed: We need reform in Iraqi Kurdistan that is related to our income. We have an austerity campaign and salaries are being reduced. This mostly affects ordinary people because they tend to earn lower or average salaries. At the same time though, Iraqi Kurdistan’s sources of income are not transparent.

That’s why the MPs invited [Iraqi Kurdistan’s Minister for Natural Resources] Ashti Hawrami to speak to us. Because we don’t know the numbers on oil exports.

Austerity is fine, as is reducing spending, but we need to clarify where our income is coming from. This should have the highest priority.

NIQASH: You had both positive and negative reactions to your statement. Any regrets?

Mohammed: The Sulaymaniyah Forum is a fantastic and large meeting and, through this interview, I want to praise those who organise it. It has been bringing together Iraqi and Kurdish elites for the past four years to speak about our problems. I was hoping that that discussion would be conducted in a calm manner. But unfortunately things didn’t go as planned.

Good governance requires planning and expertise. If a certain person doesn’t have the required expertise, they should assign the job to consultants who can get things done.

The situation in Iraqi Kurdistan shows that the right people are not in the right jobs here. Here, family ties are more important than anything else. It is not possible to carry on like this.

NIQASH: The Sulaymaniyah Forum was supposed to be a neutral place for the members of the Kurdistan Democratic Party and the Change movement to come together. But this didn’t happen.

Mohammed: Barham Salih, the chairman of the board of the American University in Sulaymaniyah, along with the Forum’s organizers, wanted that [coming together]. But free and frank discussion was also essential and appropriate so that we can understand where the other is coming from. What happened at the Forum clarified things, it made people understand some of the background for problems in Iraqi Kurdistan.

In that sense, I believe the Forum was successful. It gave every person the opportunity to speak.

NIQASH: The Iraqi Kurdish Parliament has not been working properly for some time now. Do you think it will begin doing its job again soon?

Mohammed: This would require changing the system of government here. I think it depends on the different parties in the Iraqi Kurdish Parliament and also on the KDP. Personally I am doing my job and respecting the parliamentary oath I took.

NIQASH: Yet the KDP is criticizing you, saying that you’re responsible for damage to Iraqi Kurdish democracy.

Mohammed: In the past members of the KDP and Massoud Barzani have told me that I was doing a good job as the Speaker of Parliament. To me, that shows we were able to work together in a neutral way.

NIQASH: You’ve been open about your opposition to Barzani’s continuing to hold the presidency in Iraqi Kurdistan. If Parliament went back to work tomorrow and you were allowed back to Erbil, would you still be opposed?

Mohammed: Whether I return to Erbil or not, I still cannot see anyone holding that job illegally. If there is nobody who is legally entitled to that job, then one of the first things that Parliament should do, is to tackle the issue. This would be done, firstly, through dialogue with the different parties and, secondly, through the laws of Parliament.

NIQASH: But previously Barzani has said that he wouldn’t step down until Iraqi Kurdistan has been declared an independent state.

Mohammed: I’ve never wanted Barzani to be put in this position. He is a historic figure, one of the leaders of the Kurdish people, with all of his good and bad qualities. He is one of the esteemed leaders of Kurdistan. But now he gives the impression that he only cares about keeping his job.

I wish that we had somebody like Nelson Mandela or George Washington among the Kurdish leaders, somebody who would step down from office for the good of his people. If Barzani stepped down now, he would be a model for all the presidents to come. And it’s still not too late. He could still do that.

NIQASH: So what do you think Barzani should do?

NIQASH: In fact, Barzani himself has said he would hand on the job as soon as he was presented with a candidate that everybody agreed on.

Mohammed: Yes, but he said that all parties must agree upon one person. That won’t happen. All of the parties have their own agendas.

NIQASH: Should the Iraqi Kurdish Parliament get back to business, what is there to prevent another violent incident or unrest from happening?

Mohammed: The rule of law and the judiciary. Political parties shouldn’t use armed force to achieve their political aims. I am sure that the Iraqi Kurdish military want to defend the land and the nation heroically. I don’t think they want to be used to protect a certain party or a certain person.

NIQASH: Let’s move on a little bit and talk about the country in general. If somebody was to say to you that there was no longer a united Iraq, how would you answer?

Mohammed: That it’s true. Part of Iraq is occupied by the terrorist organisation known as the Islamic State, and additionally Iraqi Kurdistan is treated as an independent entity.

NIQASH: In that case, what does the future hold for the Kurdish people?

Mohammed: The Kurds play an influential role now, especially in confronting the Islamic State group – and that is not only inside Iraqi Kurdistan but also in Syrian Kurdistan. Events in Iraqi Kurdistan and over the border in Rojava are uniting Kurds; the fighters in both areas are united against the terrorists.

If the Kurds are ready to take advantage of the changes that will take place, then they can regain their rights.

Unfortunately there are some forces within the Kurdish people acting against that unity. There are conflicts between groups in Syrian Kurdistan and some parties inside Iraqi Kurdistan.

Additionally in Iraqi Kurdistan there is a power crisis, a disruption of the democratic process and the stalling of legitimate institutions. All this makes the Kurdish people weak.

NIQASH: The government in Baghdad is busy with making reforms today. What will be the fate of the Kurds in its cabinet reshuffle?

Mohammed: What is happening in Baghdad presents problems for Iraqi Kurdistan but it also presents lessons. There are hundreds of people going to protest and demanding change but no blood has been spilled.

The second lesson is that when demonstrations take place in front of the Green Zone in Baghdad, nobody gets hurt. If someone as much as stands in front of the house of an Iraqi Kurdish official here, there’s a disaster.

The third lesson is that the Iraqi authorities have been willing to make changes, even though the government was only formed a short time ago. The Iraqi government has been paying salaries, unlike our government. They have not delayed any projects, unlike our government. Yet they are still ready to listen to their voters. That’s because here, the authorities believe they are above the people and they don’t need to listen to them. 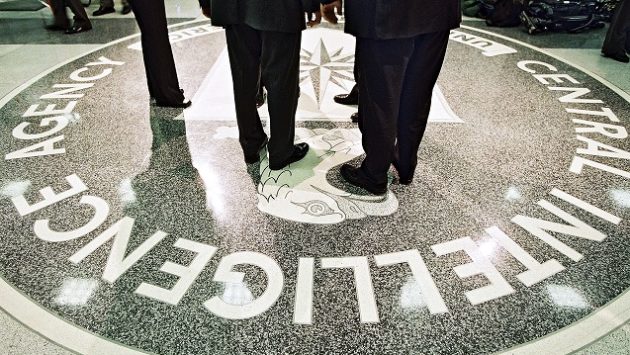