Amnesty International has gathered evidence pointing to a pattern of extrajudicial executions of detainees by government forces and Shi’a militias in the Iraqi cities of Tal ‘Afar, Mosul and Ba’quba.

Surviving detainees and relatives of those killed gave graphic accounts that suggest Iraqi forces had carried out a series of vengeful attacks against Sunni detainees before withdrawing from Tal ‘Afar and Mosulf in northern Iraq. Both are now controlled by the Islamic State in Iraq and al-Sham (ISIS). In Ba’quba, central Iraq, government forces and Shi’a militias have been fending off attempts by ISIS to capture the city.

“Reports of multiple incidents where Sunni detainees have been killed in cold blood while in the custody of Iraqi forces are deeply alarming. The killings suggest a worrying pattern of reprisal attacks against Sunnis in retaliation for ISIS gains,” said Donatella Rovera, Amnesty International’s Senior Crisis Response Adviser, who is currently in northern Iraq.

“Even in the midst of war there are rules that must never be transgressed. Killing prisoners is a war crime. The government must immediately order an impartial and independent investigation into the killings, and ensure that those responsible are brought to justice.”

Survivors and relatives of the victims told Amnesty International that around 50 Sunni detainees were extrajudicially executed in the building of the Anti-Terrorism Agency in al-Qala’a in Tal ‘Afar, on the night of 15 June.

A survivor who narrowly escaped the attack described how four soldiers opened the door of the room where he was being held and began shooting at random:

“It was about 1.45 at night when four soldiers opened the door and called out a few names; it seems they were trying to check that they had the right room. They started to shoot continuous automatic fire, which went on for a long time…Three had Kalashnikov rifles and one had a machine gun…  There were at least three others that I could see behind them; maybe more but I could not see them. I was towards the back of the room and took cover by the toilet and then I was covered by the bodies of detainees who fell on top of me. I was saved by those who died. In the room where I was 46 were killed and I heard that some others were killed next door.”

One woman, Umm Mohammed, described the horrific state of the body of her cousin’s son, Kamal Fathi Hamza:

“He had been shot several times in the head and chest; the body was covered in blood but you couldn’t tell whose blood it was as the bodies were one on top of the other. He had not been convicted of anything; had just been arrested 10 or 15 days earlier. He had only just got married less than a month before he was killed.”

Several other families also said they had relatives among the detainees who were killed in the Tal ‘Afar jail, in some cases with two or more relatives from the same family. Most said their relatives were arrested shortly before the killing and had been held in pre-trial detention. None had been tried.

In a separate incident in Mosul, several Sunni detainees were killed in the Anti-Terrorism Agency in Hay al-Danadan district. A survivor said that at around 10pm on 9 June soldiers came into the cell and took away 13 of the 82 detainees being held there. Then they heard gunshots ringing out.

“The soldiers took some of us out and beat us with cables and said we were terrorists, and then took us back to our cell. At 11.30 pm they opened the door and threw a hand grenade into the cell and closed the door and turned off the light. Six detainees were killed on the spot and many were injured, me among them; I was injured in the eye and leg. One died of his injuries several hours later. In the early morning some armed guys came and released us and took the injured to the hospital. It was then that we learned that the army and security forces had left Mosul.”

The Mayor of Ba’quba, Abdallah al-Hayali, told Amnesty International that his nephew Yassir al-‘Ali Ahmed al-Hayali, 21, was amongst up to 50 people extrajudicially executed in a similar incident in al-Wahda police station in the Mufaraq district central Baquba in the early hours of 16 June. He said that Yassir was arrested about a month earlier and tortured, including by having his nails removed and being given electric shocks in custody.

He was killed along with a number of others by members of a Shi’a militia in the presence of the head of al-Wahda police station in in Ba’quba. According to a medical report obtained by the Mayor, he had been shot in the head. Many of those killed with him had been shot in the head and the chest. Sunni policemen who witnessed the killing fled their posts afterwards for fear of reprisal.

The Governor of Diyala, ‘Amer al-Mujama’i told Amnesty International that he spoke to the only survivor to the mass killing, Ahmed Khalas Zaydan al-Haribi, during his visit to Ba’quba Teaching Hospital. He told him: “We were having a quiet night when we heard the shooting, then armed men in the presence of the head of the police station entered and started shooting at us”. Ahmed was injured in his leg and shoulder during the attack and was taken to the hospital. Two hours later he was abducted by members of a militia who killed him and dumped his body behind the hospital.

The Chief of Police in Diyala governorate said to the media that the detainees died because of mortar strike and reckless shootings by ISIS in an attempt to break into the prison.

Amnesty International is currently investigating reports that a large number of convicted prisoners have been killed by ISIS in Badoush Prison in Mosul.

The organisation is  calling on ISIS, as well as all armed groups and forces on all sides of the conflict to end the summary killings and torture of detainees, as well as the deliberate and indiscriminate attacks on civilians, all of which amount to war crimes and must be prosecuted under international law.

“Those among the warring parties in Iraq who are committing war crimes should know that the impunity they currently enjoy won’t last forever and that they may one day be held accountable for their crimes”, said Donatella Rovera. 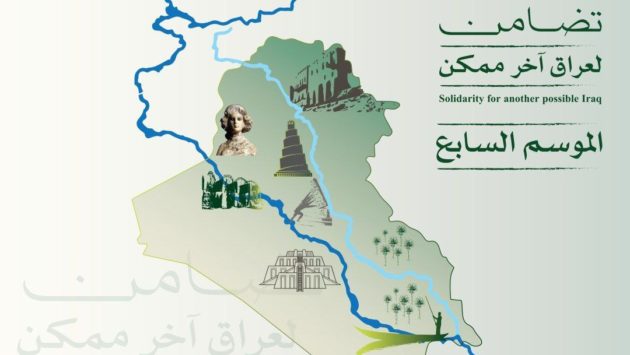