Correspondent “Faiha ” channel in Basra colleague Ahmed Abdul Samad threat of physical liquidation, of unknown persons, unless he leave his job and his province, with exposure to a reporter to an assassination attempt in Mosul.

Abdul Samad said to the Press Freedom Advocacy Association, he received the first telephone threat last Thursday, noting that he must choose between leaving work and leave his province of Basra or death.

He said the caller, did not know about himself or the party that he represents, pointing out that he filed a lawsuit to protect him and protect his family and to know the person who threatened him by data through telecommunications company.

Abdul Samad confirmed that  “I do not have any differences with anyone, and that the threat was made because of my media, in particular, and I dwell in the reports and programs prepared by the issues of corruption and quotas and the deterioration of services, as well as the intervention of neighboring countries

In Mosul wounded correspondent ” alMasar ” channel  Falah al-Hassani was seriously injured, he was attacked by armed people north of the city.

And told the Press Freedom Advocacy Association of its representative in Mosul, that “Unidentified gunmen attacked  al-Hassani and shot him with their guns while he drove profile in the area of cultural group in northern city of Mosul, the era of the day before yesterday, which resulted that he was seriously injured, and is now lying in the hospital and his health situation is very critical.

This accident, is the fifth of its kind in the province of Nineveh during the month of October / October 2013, as cited in Mosul, four journalists targeted and got attacked this month.

The Press Freedom Advocacy Association is extremely surprised about the silence and indifference shown by the government authorities and local and central security escalation and continuation of incidents targeting journalists, demanding that authorities practical and realistic measures to stop the cycle of violence which affects journalists in Mosul.

The Association also calls for local authorities in Basra to provide the necessary protection for journalist Ahmed Abdul Samad and his family, and the opening of an urgent investigation and immediate case, the detection of those behind the threat.

No for “D’Hondt” method, the vote’s robber! 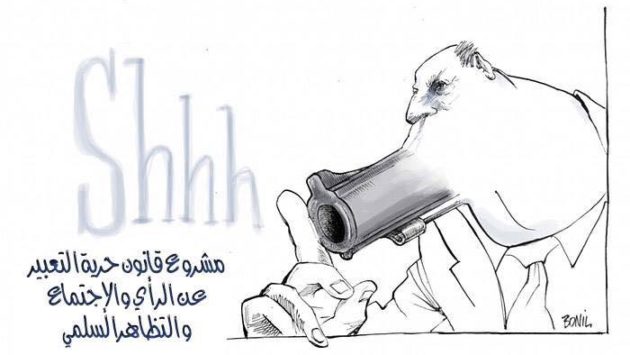