Many of the Yazidis who were so brutalised by the extremist Daesh group have returned home – but now they are threatened by an economic siege caused by political infighting.

It has been eight months since the extremist group known as the Daesh was pushed out of Sinjar in northern Iraq. The area had become well known because of the way that Daesh group treated the ethno-religious minority group living there, known as Yazidis. In the months since Daesh group has gone, many Yazidis have returned to the area, hoping to rebuild their lives at home despite risks, because it was better than remaining in displaced persons’ camps.

But the situation back home is not necessarily a happy one either. In some new ways, political and military power struggles in the area are making life difficult, and may be a sign of worse troubles to come in Iraq, after the security crisis caused by the Daesh group.

For the past two months there has been what may best be described as an economic siege affecting Sinjar. Aid for Sinjar from humanitarian organizations and rations sent by the federal government in Baghdad are not being distributed to local families and even commercial shipments of all kinds of other goods have hardly been allowed to enter the district. This is all because of extremely tight security being implemented by troops at the Fish Khabour crossing, also known as the Rabia crossing.

These troops are affiliated with one of nearby Iraqi Kurdistan’s dominant political parties, the Kurdistan Democratic Party, or KDP.

The main reason why KDP-affiliated troops are preventing food and goods from getting to Sinjar lies in an ongoing conflict between the KDP and the Kurdish Worker’s Party, or PKK, a group that has been fighting for independence in Turkey for years, in an ongoing conflict that has seen tens of thousands of both Turkish and Kurdish people die; the PKK is categorised as a terrorist organisation by some Western nations.

It was only after the Daesh group was pushed out of Sinjar in November 2015 by forces consisting of Iraqi Kurdish military from the nearby semi-autonomous region, an international coalition that provided air strikes and armed Yazidi factions, that the anti-Daesh alliance began to break down. The fighters affiliated with the PKK began to take control of government departments and other official buildings and paid no heed to calls from the head of the KDP, Massoud Barzani, to withdraw from the town.

The roots of this conflict are complicated and date back to August 2014, when the Iraqi Kurdish military fled in the face of the approaching Daesh fighters, leaving the local Yazidis, who they were meant to be protecting, alone. And that was after years of the KDP currying the favour of local Yazidis, in attempts to gain voters, members and extend their reach into this nearby area and related ethno-religious group. It was no wonder then, that the Yazidis felt betrayed by the KDP – and later, more than grateful to fighters affiliated with the PKK, who did come to their aid.

PKK-affiliated militias, many from inside the Kurdish-majority parts of Syria, held off the Daesh group and opened up a humanitarian corridor that allowed Yazidi families under siege, living out in the open, to make their way into safe areas in Syria. This kind of gratitude led many Yazidis who wanted to fight against Daesh group, to join up with PKK-affiliated fighting groups. But of course, this enthusiasm has also made the Barzani-led KDP nervous – they are losing even more influence, despite the fact that they control some parts of Sinjar militarily now.

And that is why the KDP-associated troops are making life as difficult as possible for those they see as their political opponents.

Currently in Sinjar there are several factions affiliated with the PKK. These include the Sinjar Resistance Units, led by a fighter known as Mazloum Shengal and made up of around 2,000 fighters, some of whose salaries come from the Iraqi federal government. There is also the female-only Sinjar Women’s Protection Units and an Arab militia, the Nawader al-Shammar, made up of around 250 fighters, mostly from the local Shammar tribe. It fights with the above units and itsmembers’ salaries are paid by the Iraqi government. The impact of the latter group on the ground is relatively small compared with the impact of the Yazidi forces controlling large parts of Sinjar, and supported by the PKK.

While the PKK-affiliated units control the southern part of the Sinjar area, the KDP and its associates are in charge of northern and eastern parts.

There is also a very important third fighting party involved. These are the Yazidi Protection Forces, led by Haider Shasho and affiliated with Iraqi Kurdistan’s other major political party, the Patriotic Union of Kurdistan, or PUK. According to Daoud Jundi, one of the Yazidi Protection Forces’ most senior leaders, this group tries to remain neutral and to stop the other two forces from fighting each other.

In practical terms, there has been a kind of economic siege going on for the past two months, Jundi told NIQASH in a phone interview.

“This siege is targeting a specific faction within the Yazidi people,” confirmed Saeed Hassan, a senior commander in the Sinjar Resistance Units. “That is despite the fact that this force is legitimized by the Iraqi government itself and that it too is fighting Daesh group.”

However the mayor of Sinjar, Iraqi Kurdish politician, Mahma Khalil, denied that there was any kind of siege. “Nobody is preventing the entry of food,” Khalil, who is also a member of the KDP, told NIQASH. “There are just some measures being taken to prevent the smuggling of food from Sinjar into Syria. But that is all.”

Khalil says the situation in Sinjar is deteriorating simply because of the lack of services and ongoing threats from Daesh group. But it was also the fault of other groups who came from outside the country and who didn’t obey the rule of law or the will of the people of Sinjar and the local government, he added somewhat tellingly.

And all this is happening with Daesh group still nearby. So, locals wonder, what will happen if the extremists are really driven out and the remaining armed groups are left to their own devices? Right now, the KDP’s attitude seems to be driving other groups closer to either the Iraqi government or the PKK.

“Things are getting worse,” says Daoud Jundi of the Yazidi Protection Forces. “They’re definitely not going in a direction that best serves the people of Sinjar. That is why we will soon take the side of the neutral party, in an effort to ease tensions. But it seems to me that there will still be some more fighting,” he concluded. 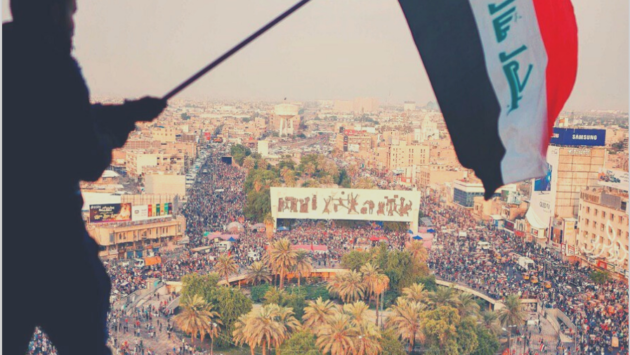