Days after the announcement of Iraqi armed platform statement by a militia calling themselves “True Promise of Brigades” related to Iran, they declared responsibility for the last Saturday’s attack on Riyadh, the capital of Saudi Arabia. and threats against the UAE, militia has returned to post virtual images of the attack it threatened to launch on Dubai through several platforms on the “Telegram”, which moved to it after a campaign to close the accounts of armed factions linked to Iran in both “Twitter” and “Facebook”.

Despite the danger of these threats, The Iraqi government has not issued any statement describing that Iraqi militias are becoming threating and targeting to neighboring countries and the regional countries. A political source who told ” Al-Araby Al-Jadeed” International allies have increased with Washington’s leadership, to monitoring the air space against the terrorist group Daish, in the southern and southwestern Iraqi border areas associated with Saudi Arabia to monitor any suspicious activities following those threats.

A political source close to the prime minister told “Al-Araby al-Jadeed”, that “Washington, as the most prominent military and air activity in Iraq, has not yet informed the government about any suspicious movements on the Iraqi-Saudi border”.

Silence of the government after the continuing threats, make politicians and parliamentarians fear about militia’s activities, even if they are “propaganda” or “intimidating”, they will have an impact on Iraq’s relations with the outside world, especially in neighboring Arab countries.

A member of the Iraqi Kurdistan Alliance “Majid Shingal” thinks threats may cause problems for Mustafa Al-Kadhmi’s government, adding that it “represents a precedent in the absence of Baghdad’s ability to control armed factions that threaten other countries, and this may lead to many negative things for the government”.

Majid Shingal emphasized in a statement that any threat selected by Iraqi armed forces to neighboring countries will not be in Iraq’s interest, and it has been affecting to the Iraq’s position with Arab and Regional countries.

Also, He mentioned armed factions are violating Iraq’s sovereignty and causing the country much embarrassment in the international level, which explaining “if such threats are proven on the ground, this could lead to the government losing its relations with some countries.”

At the same time, he noted “most countries, including Saudi Arabia and UAE, do not build their relations with Iraq based on the positions of some factions known for their pro-Iranian state positions”.

Iraqi Member of Parliament Kazem al-Shammari said these announcements and activities “expose Baghdad to a great embarrassment, and it may also expose external relations to tension,” adding in an interview with “Al-Arabi al-Jadeed” “armed factions are the part of the popular mobilization, and the mobilization is a government institution belonging to the commander-in-chief of the armed forces (Al-Kadhimi), and the positions in decision-making must be according to hierarchy”.

A former member of parliament’s security and defense committee on condition of anonymity told “Al-Arabi al-Jadeed”,” Kadhimi government demands a firm attitude towards the militias that can cause the problems to Iraq, whether the targeting operations were talking about real, or just media talk”, “the government’s inability clear to rein in militias whose threat swelled beyond borders, and began to clearly threaten Iraq’s relations with its Arab surroundings, with the aim of aborting the government’s attempts to improving Baghdad’s relation with the Arab countries” said criticizing.

The media platforms belonging to the Iraqi armed factions, formerly linked to Iran, call themselves “true promise brigades”, issued a statement in which they claimed responsibility for the attack targeting Riyadh, the capital of Saudi Arabia, which was carried out by drone aircraft that had left from Iraqi territory.

According to the “Sabrin News” channel on the “Telegram” platform, which is the media arm of the Iraqi militia “Hezbollah Brigades”, Which specializes in announcing Katyusha attacks and IEDs targeting to the Green Zone, Baghdad International Airport and the Washington-led international coalition, the attack on Riyadh was launched “from Iraqi territory by fix wing drones of the type kamikaze, and by Iraqi hands,” speaking of what it called the “international deterrence balance base”.

The same channel transferred from a militia statement “loyal promise brigades” that “fulfilled their promise”, and also “sent the planes of terror marching to the Yamama Palace”, while the statement also carried a threat to target the UAE. Media outlets have also reported that the militia itself has published virtual images of the Burj Khalifa targeting in Dubai, but none of the allegations have been substantiated.

In 2019, US newspapers reported on the stopping of Iraqi militias after the attack on the Saudi oil agency Aramko by Iraqi land planes during the former Iraqi government of Adil Abdul-Mahdi. which argues that people who violate the constitution are being treated harshly, and a committee has been formed committee of relevant Iraqi parties to pursue information and developments. 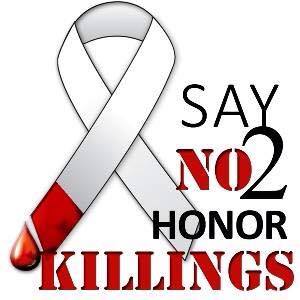