Worldwide, lockdowns and curfews imposed due to the Coronavirus pandemic have caused a dramatic increase in gender-based violence, female suicide, and cases of domestic abuse. In Iraq, women are experiencing these violations without effective laws to protect them, lacking information about their legal options, and with significant fear of filing complaints due to inaction by the authorities and retaliation from their families, which leads to even greater violence. These issues were the focus of a webinar organized by the ICSSI in cooperation with the She Revolution group that included speakers from Iraq and the United States.

The experts who discussed the current challenges and potential solutions:

Tarah Demant: Director of the Gender, Sexuality and Identity Program of Amnesty International—USA.

What are the most notable incidents of violence against women in the time of Coronavirus?

In Iraq, there were many incidents of violence against women and children before the pandemic, but they have dramatically increased, as is true throughout the world as a result of the restrictions imposed to halt the spread of disease. Iraq has also witnessed an increase in suicides by girls and women. The most notable cases are the suicide of a 17-year old girl with special needs; and the abuse and burning, allegedly by her husband, that caused the death of Malak Al-Zubaidi—for which the law has held no one accountable. Mohamed Jumaa stated,

In the United States, the increase in cases of violence is also very clear. “Being required to stay at home can be a threat. Home is not always a safe place for women,” our speaker from the U.S., Tarah Demant explained.

A difference between Iraq and America is the existence of domestic violence law in the U.S., but there are still problems in the lack of awareness concerning the law and lack of legal knowledge.

She also described the difficulty women face in reporting abuse when they are confined in the same place as their abusers. Most of the reports that are received on hotlines come in late at night. Only while the abuser sleeps, can the abused communicate and seek help. Ms. Demant also observed,

Responding to cases of violence

In Iraq, Mr. Jumaa explained, responses to violence are often so delayed that women effectively lose their rights! Protective measures for abused women are complicated; there are multiple steps to file a complaint, each of which requires official approval. Additionally, the existing general law is not designed to provide urgent response and treatment, especially during official holidays. The existing options are impractical since their application is so difficult, tiresome, and slow. In fact it can add to the psychological stress of the abused woman. Additionally, social norms and customs—like parents blaming the victim for her abuse and trying to prevent her from filing a complaint—has obstructed effective responses to violence. Women may even choose to tolerate violence for the sake of their children or the reputation of their families.

Mohammad Jumaa stressed the necessity of amending Iraqi laws to allow easier submission of a complaint and to provide protection for a victim of abuse to prevent further violence after the complaint has been filed. This is especially important if a woman continues to live under the same roof as her abuser. Likewise, accountability and justice in the event of a women’s death as a result of violence is crucial to ending impunity, Mr. Jumaa emphasized.

In the case of Malak Al-Zubaidi, there were visible signs of torture on her body. When we asked the judge to open a case of assault against the husband, he refused, because the law requires that the victim herself must submit the complaint. But, in the case of Malak it was impossible as she had already passed away!

In the United States, protection can vary according to the region where you live, Tarah Demant explained. “Some areas offer good education and awareness concerning the law. They provide access to legal protection, along with psychological and financial support for victims. In other areas, especially those where awareness is low and social customs may be more conservative, many victims do not even know that there are hotline numbers to call for protection, support and assistance in filing complaints. So a victim loses her rights due to lack of knowledge.

The impact of society and social media on domestic violence issues

Mohamed Jumaa explained that social media can be a major force for responding to and preventing domestic violence. While the judiciary does not usually move quickly to address or resolve cases of domestic violence, pressure through social media can lead to action on a case. But he cautioned, social media pressure can take two forms. One is sympathetic and calls on the judiciary to act. Opposing statements may justify the violence by blaming the victim for what she suffered. Such “electronic blackmail” is common everywhere, and can be particularly severe in Iraq because of our social customs.

Likewise, the judiciary plays a major role in interpreting laws, especially in cases concerning honor. Mr. Jumaa described instances of the courts finding “extenuating circumstances” that excused abuse. He warned that this inevitably leads to the loss of a woman’s rights and impunity for the perpetrators. Other men then believe they too can commit abuse, and even kill, without fear of punishment.

Tarah Demant emphasized that the issue of blaming the victim is one that Iraqi and American societies both face. She also made clear that another point of similarity is lack of family support for a victim of abuse. In the U.S., this again varies based on many issues, including where you live, your education, economic level, ethnic background and religion.

Next human rights activist, Intissar Al-Mayali explained how Iraq’s signing of UN Security Council Resolution 1325 relates to the issues of violence against women that the other speakers addressed. The Resolution calls on all states experiencing conflict to take special measures to protect women and girls from gender-based violence, particularly rape and other forms of sexual abuse. Additionally, it calls for the equal participation and full involvement of women in all efforts to promote and maintain peace and security after conflict. Iraq’s national plan to implement special measures to protect women and girls was largely unsuccessful. During the period of Daesh rule, many women and girls in the occupied areas became victims of violence, terrorism, rape, and sexual slavery. However, Ms. Al-Mayali, reported the Ministry of the Interior, did encourage the Family and Child Protection Department to investigate cases of violence, and the Ministry supported efforts by the community police, thus adding a new option for filing a complaint. Nevertheless, the effects of custom and tradition have prevented many women from speaking out or reporting acts of violence. This fear of the tribe and the repercussions women may face greatly limits shedding light on cases of violence, especially because the law is weak and does not protect victims. Abused women receive no justice. Increasingly, the activists and organizations working on their behalf also face threats and fear retaliation.

The speakers concluded the webinar with a number of recommendations: everyone recognized the benefit of exchanging information and experiences from different countries. Tarah Demant highlighted the value of local organizations working on women’s empowerment—including education for girls and increased economic opportunity—as well as campaigns against domestic violence. All agreed that ultimately a more all-inclusive approach would ensure a better future for women. Mohamed Jumaa, reiterated the need to adopt better laws and interpret them fairly. Victims need protection, support and rehabilitation. This requires that Iraq becomes a state based on the rule of law and not religion or tribal tradition. Iraq needs to teach human rights and the rights of women in universities and schools, and support these rights with effective laws and mechanisms to confront the religious and tribal institutions that prevent women’s full exercise of their rights. 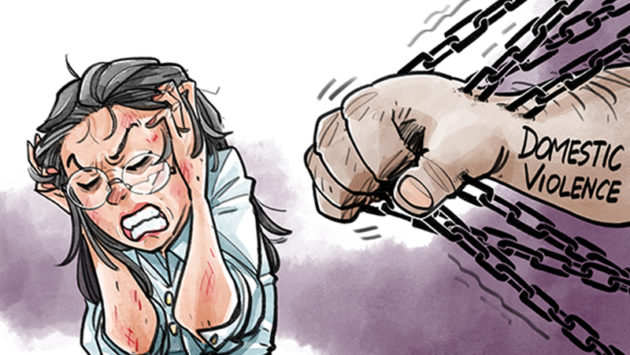 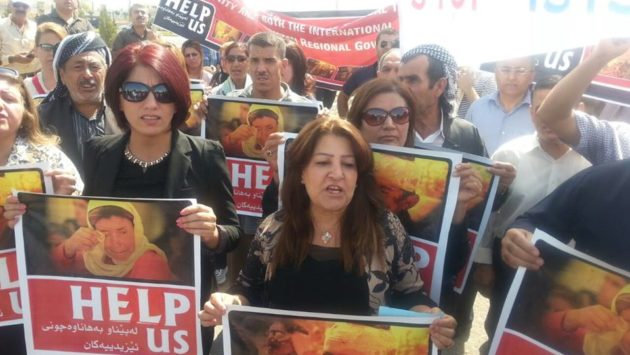