As cases of violence against women and children continue to increase, supporters and opponents of a new law to protect and assist victims of domestic violence in Iraq differ sharply over aspects of the proposed legislation and whether the law should be passed. The She Revolution has learned of many cases of domestic violence through social media, but far more cases remain hidden or unreported.

What protection could a new Domestic Violence Law provide to individuals? Would this legislation reduce the incidence of violence? And why are people so divided concerning various aspects of the proposed legislation?

The new law defines “domestic violence” as any act, failure to act, or threat that results in material or psychological harm to a family member. The harm may include insults, emotional trauma, or sexual coercion. The term domestic violence does not differentiate victims or abusers on the basis of sex or age.

It is important to understand that the current Iraqi law contains some provisions that could protect victims of domestic violence, but they are unclearly written or stated in a way that prevents their having significant impact on the ground. Current law is also very general, and traditional beliefs and practices severely limit the implementation and impact of the law. The new Domestic Violence Law is considered a revision and improvement of existing law.

Most importantly, the proposed law contains two new provisions. These are: 1) the establishment of safe houses for the protection of abused persons and 2) new processes for reporting violence committed against an individual. Currently only the victim of domestic violence can make a report to the authorities. The new law would allow anyone who witnesses an act of domestic violence or anyone close to the victim—for example a neighbor, relative, doctor, teacher, or specialized non-governmental organization—to make a report.

There are many opponents of the proposed law and they have launched campaigns arguing that the legislation would violate Islamic law. Furthermore, they say that the terms of the law are vague and would allow the authorities to interfere in family disputes in significant and improper ways. They also assert that the law would deny people the right to educate and discipline their children in the manner they choose, arguing that physical force and intimidation may at times be necessary. Opponents of the law also claim it will lead to social breakdown and the erosion of societal norms and traditions as people lose control over their families. These opponents have described many possible outcomes, in order to incite people to reject the law, sometimes using inaccurate religious arguments in order to further their goals.

Most of the Iraqi people reject the idea that a child could ​​report his or her parents in the event of abuse. They viewed it as a form of disobedience, as religion commands a child to respect and obey his or her parents. While the proposed new legislation would grant children the right to report abuse, it does not allow children to take all of their complaints about their parents to the authorities.

Many of campaigns against the new law, argue that the increased rights and freedoms it grants to women will lead to societal disintegration. This accusation needs to be examined and questioned. How does protecting women and children bring shame to Iraqi society?  Safer families with less violence will make society stronger.

Strong opposition to the creation of safe houses and shelters for the abused has been the principal reason for delaying or rejecting the new law. The idea of a woman or child staying in a strange place outside the home is strongly rejected by some religious and tribal people. They view is as being against societal norms and traditions, and promoting social breakdown.

We, in the She Revolution Group have studied safe houses and shelters. We believe that others who read the research will see that they can have many positive effects. Government run shelters can be open 24 hours a day; their practices and policies can be guaranteed and made known. From our point of view, we believe that safe houses and shelters should be under the administration of the Ministry of Labor and Social Affairs. They need the special protection of the state as well as the help and support of non-governmental organizations concerned with domestic abuse.

Unfortunately, too much of the debate about the proposed Domestic Violence Law is taking place on social media and relies upon outdated and unacceptable assertions about women based on old-fashioned, deep-rooted norms and traditions. Moreover, many of those opposing the law do not seem to have read a draft of the proposed legislation or studied the research on which it was based. Yet there are wide campaigns to reject the law.

Citizens have a right to study and object to proposed laws, but it is disturbing when people do not take the time to read the legislation and form their own opinions rather than relying on the words and interpretations of others. We should listen to parties on all sides of the issues; we should study the issues seriously and build our own ideas rather than uncritically adopting others’ conclusions.

A major concern going forward is that parliament may strip the legislation of its content and impact through amendments before it adopts a new law. Parliament has a right to modify legislation, however, if the new provisions concerning eligibility to report abuse and safe houses for victims are deleted, the law will be stripped of its fundamental intent. Those who support the new law must pay close attention during the parliamentary process, carefully reading new drafts and objecting to any problems that arise if fundamental changes are made.

In the event that a new law is approved that is not emptied of its content, civil society will have an important role to play in its implementation. We must see that the law is actually used and properly applied. This will require promoting people’s awareness of the content of the law, and the rights and assistance it gives to victims of domestic violence. Civil society will need to develop new programs to train citizens and concerned professionals about the law.

As a new Domestic Violence Law is debated by Iraqis and by parliament, the She Revolution is committed to promoting educated discussion, to advocating against any amendments that may strip the legislation of its power and intent, and to working with all concerned to see that the law is implemented so that it offers all victims of domestic violence in Iraq the protection, services and healing they need. 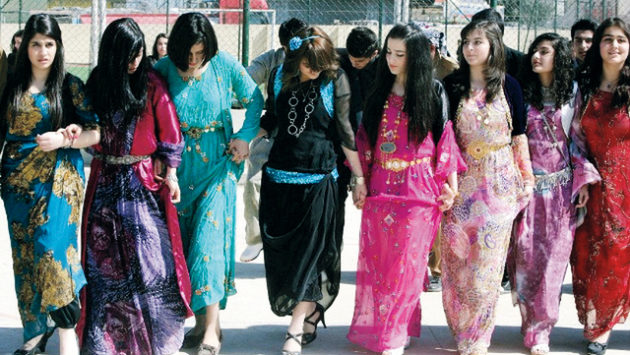 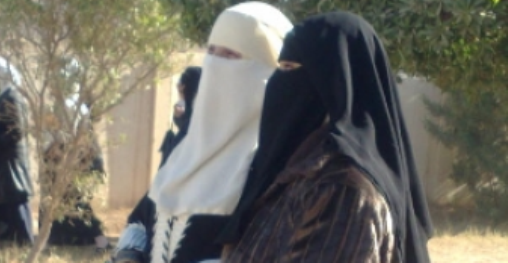