On International Women’s Day, the Information Center for Research and Development held a discussion seminar on the impact of laws on the social, economic and political reality of Iraqi women. The seminar, “Iraqi Law and its Impact on the Reality of Women,” was held at the Teachers Syndicate Hall in Nasiriyah. Participants included legal experts along with civil society and women’s rights activists.

The seminar included discussions around the reality of Iraqi women and the impact laws, adopted by the Iraqi Parliament and based on articles of the Iraqi Constitution, have on the social, economic and political conditions faced by women. The discussions showed that the Iraqi woman continues to face great problems in achieving their rights despite the existence of constitutional articles and laws that claim to enable them to do so. Due to the absence of social awareness, coupled with particular customs and traditions, women face particular patterns of living that often do not guarantee full freedom and equality.

The seminar produced a number of recommendations, the most important of which were:

1. Advocate for the enactment of social solidarity laws;

2. Advocate for legislation supporting women without a breadwinner;

4. Promote the participation of more women in the Iraqi labor force;

5. Develop advanced programs to fight illiteracy among women, estimated at 24% among Iraqi women;

6. Expand the circle of women covered by the Social Welfare Fund.

At the end of the seminar, participants agreed on the need to form a lobbying effort among composed of jurists and civil society activists who work to address women’s issues and put pressure on the Iraqi government to improve women’s lived conditions.

This seminar was part of a larger project entitled “Youth of Mesopotamia for Democratic Governance and Peaceful Coexistence,” which is implemented by the Information Center for Research and Development within the Iraqi Social Forum, the Iraqi Civil Society Solidarity Initiative, and the Italian Organization, Un Ponte Per…, and supported by the European Union. 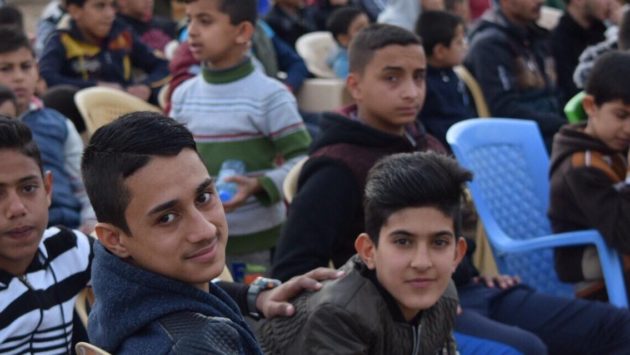 The First Season of the Peace Forum in Hit