Shahad Qusay, 20 years old, had her first volunteering experience with Sports Against Violence (SAV) last year in a camp the organization hosted in Dukan. Shahad attends the University of Baghdad – College of Physical Education and works in parallel with her studies to support her family. She found an excellent opportunity to learn and develop her skills through volunteer work, and joined the SAV camp in Dukan again this year where she was a distinctive presence: the lively short-haired girl revealed a fun spirit coupled with diligence and seriousness in work. The camp lasted 3 days, from 25 – 29 September 2018, and aimed to prepare the teams who will volunteer at the upcoming Baghdad Peace Marathon. 35 young men and women from Baghdad participated, including activists and volunteers from SAV along with the leaders of those teams responsible for organizing the marathon. The camp involved a series of activities, meetings, and focused dialogues aimed to develop a strategic plan of action for the next two months leading up to the marathon.

The first day began with a welcoming speech from the camp organizers. The participants then began a series of meetings and workshops which explored the strategy of using sports as a tool for peacebuilding. It was led by Ahmed Alaa, who explained to the participants the values central to SAV. Alaa then described the preparations that went into the first marathon organized by civil society in Baghdad in 2012, which included short races and mini-marathons around the city. The camp was not only about listening and talking: mountain climbing and hiking were among the other activities and cultivated a strong sense of team spirit amongst all the participants. Shahad hiked 6 km with her colleagues to reach the top of a mountain — a trip that took 4 solid hours of walking! The second day included specialized sessions for the seven teams volunteering at the marathon: logistics, photography, referees, program, decorations, social media and registration. These sessions allowed participants to get to know each other better; for example, former volunteers spoke about their past experiences, and new volunteers expressed their aspirations and hopes. Different groups analyzed the strengths and weakness of each team and discussed how to use the SWAT analysis method. Shahad, who had never been swimming before, took part in a swimming activity in Dukan lake. With support from her colleagues, she overcame her fears and was able to swim in the lake’s cool waters. In addition to the fun, this activity familiarized participants with the need to preserve the environment.

A short trial marathon in Dukan

A short trial marathon concluded the third and final day of the camp. It was an opportunity for participants to apply all they had learned during the camp’s initial days. Teams could practice the roles they will play during the actual marathon — coming soon on 30 November 2018. One of the key aims for volunteers in this short marathon was to create an environment that encouraged women volunteers and runners to become more involved in the marathon and all the activities related to it. Shahad ran and won first place in the women’s category. The camp concluded with a small celebration organized by volunteers. Baraa Mahmoud, the coordinator of the marathon preparatory team, spoke at the beginning of the celebration saying: “The success of the camp and all the activities of Sports Against Violence is due to the spirit of unity we have.” The celebration included music, dancing and sharing funny stories experienced during the camp. The participants then returned by bus to Baghdad, full of new ideas, experiences, and special moments that they’ll keep in their minds and hearts forever.

The camp was organized in cooperation with the Information Center for Research and Development, sponsored by the Norwegian Karibo Foundation, as part of a project to support the activities of the Iraqi Social Forum. 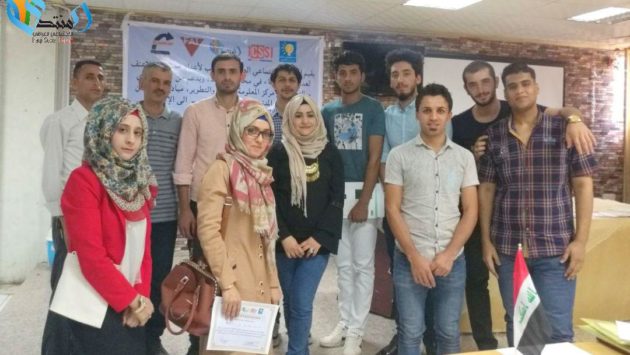 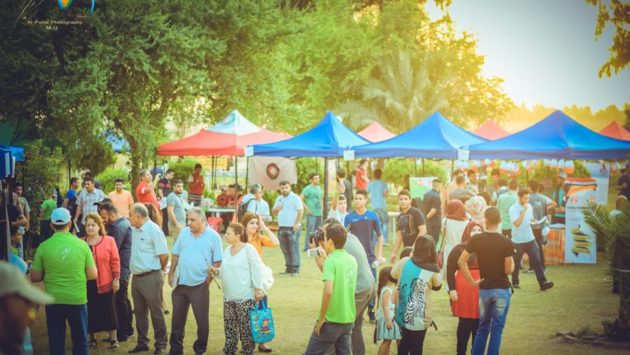