Hundreds of young people in Basra set up tents to house demonstrators who have staged sit-ins in two strategic locations: the first at the West Qurna field, 75 kilometers north of Basra, run by the American company ExxonMobil; the second at Burjisia, which includes the headquarters of the oil companies that manage the Al Zubair field, including the Italian company Eni.

Response from the government to these nonviolent demonstrations has been extreme. Iraqis’ right to assembly and peaceful protest is endangered. Activists are being unjustly arrested and need international support. Protesters published a video showing the deployment of Iraqi tanks and armored vehicles attempting to break the sit-in in western Qurna, while protesters resist by sitting in the streets flying the Iraqi flag in their hands, insisting that their movement is peaceful. The video has been published by Baghdad Today.

This escalation in protests comes after a speech by religious leaders in Najaf last Friday which called the government to grant the demands of the protesters. The speech recognized the right of the people to continue to intensify nonviolent demonstrations and warned politicians that these calls for justice cannot be ignored, “If the government fails to fulfill its obligations to the Iraqi people, or the matter is disrupted in the parliament or the judiciary, the people will increase their peaceful protests as the only way to assert their will”, the religious authority said.

Sistani’s office has been supportive to the protest movement and its demands, whether those related to providing people basic services like water, electricity, and vacancies, or those directed at ending corruption in the government, at both the individual and structural levels. Sistani’s office voiced the need to form a strong Iraqi government based on technocratic and non-sectarian principles, one which puts competent people in charge who are capable of resolving the problems now challenging Iraqi society.

The current government is continuing its policy of suppressing peaceful protests, including the recent sit-ins. Though some protesters have been released from government custody, to date there are no investigations into the killing of 14 people involved in the protest movement, which began in southern Iraq about three weeks ago. There are also reports of arrest lists for leaders in the protest movements both in  southern Iraq and in Baghdad, making the situation more critical.

The Iraqi Civil Society Solidarity Initiative (ICSSI) calls upon all Iraqi citizens and civil society organizations, and all internationals to demand that the Iraqi government ensure the right of all Iraqis to peaceful protest. It is vitally important that internationals attend the trials of activists who have been arrested during the protests. The ICSSI has previously issued two statements, one on the causes of the protests (click here) and a second on the need to respect the right of Iraqis to protest (click here). 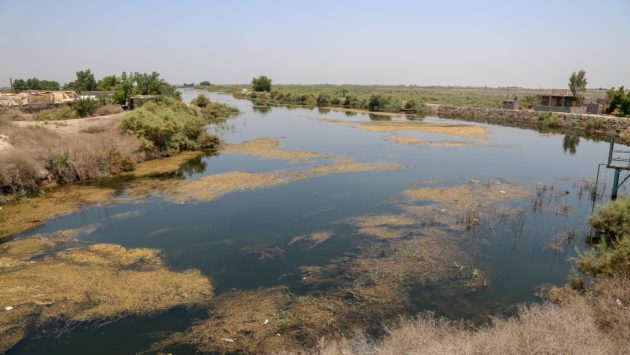