The fight against extremists is almost over and one of the country’s often-controversial Shiite Muslim militias is doing good deeds and eschewing politics. Is the al-Abbas Combat Brigade too good to be true?

For the people of Basra, unexploded ordinances and long-forgotten mines have been an ongoing concern; the explosives were left over from historical conflicts, such as the war between Iraq and Iran. Recently they have been getting help from a slightly unexpected quarter: Fighters from one of the country’s often-controversial Shiite Muslim militias have been out on Shalamcheh road, along the Shatt al-Arab estuary, with mine sweepers trying to clean up the left-over explosives.

The fighters are members of the al-Abbas Combat Brigade, which numbers around 7,000 and was formed by the country’s most senior Shiite Muslim cleric, Ali al-Sistani, in the summer of 2014, in response to attacks by the extremist group known as the Islamic State. The brigade has infantry battalions as well as engineering and heavy weapons specialists and was just one of several other major fighting groups formed in response to the security crisis that started then.

But while the other militias have often been controversial, accused of retaliatory killings, kidnappings, and looting, often targeting the country’s Sunni Muslims, the Abbas brigade seems slowly to be emerging as one of the good guys.

Recently, the Abbas Brigades have been engaging in social services in southern Iraq. Apart from clearing the mines here in Basra, they have also started to organize extra tutorials for struggling local students, free of charge. In Baghdad they have helped with the reconstruction of schools; less of their altruism happens in Sunni-majority areas but they have also participated in the reconstruction of a university in Tikrit. In the province of Muthanna, the brigade has been coordinating with the international Red Cross to deliver first aid courses for locals.

When al-Sistani first called for volunteers to fight the Islamic State, or IS, group, there were all kinds of different, ordinary Iraqis among those who came to help, says Ammar al-Zuhairi, a 31-year-old member of the Abbas brigades, who joined up three years ago.

“There were former army members who offered to share military expertise but there were also teachers and doctors and representatives of other professions,” al-Zuhairi said. “We all took part in the battles but after the fighting ended, we decided to continue our work, except it would be in the civilian sector. Today campaigns are being organized where we can utilize the experiences of our members, from their previous work as civilians.”

The Iraqi government has said it wants to restructure the various militias that sprang up during the security crisis and to integrate them into the official armed forces or have their members return to civilian life. The militias, which have evolved into a powerful political and military force since then, have been reluctant to devolve.

Iraq’s militias can be split into roughly three groups. The first group usually professes their loyalty to Iran and receives support and funds from the Iranians. The second is affiliated with more nationalistic Shiite clerics, like Muqtada al-Sadr, and similar political parties. And the third is comprised of militias working at the behest of al-Sistani.

It is often unclear whether the first group, which includes some of the more extreme and controversial militias, actually supports the Iraqi government. They have developed as a force independent of the government and often pledge allegiance to Iranian leaders. Both the first and second groups are planning to take part in the upcoming Iraqi elections, in the form of political parties they founded or by advocating for politicians who support them.

Also in contrast to the other militias, the third group, which is not as well armed and fewer in number, has mostly been opposed to the idea of participating in the fighting in Syria.

After the majority of the IS group was pushed out of Iraq, the militias loyal to al-Sistani were told to perform civic services, rather than sitting in their barracks. They are also the only militia doing sanctioned social work like this. All of which reflects al-Sistani’s own philosophy, about keeping religion out of everyday politics and doing good works in his own community. It is also a function of the fact that there are suddenly many more fighters around, with a diverse range of skills, who can be put to work doing the kind of work al-Sistani’s establishment prefers.

Journalists on the ground in Sunni-majority areas like Salahaddin and Mosul have reported that, unlike the other, more extreme Shiite militias, locals generally have a good impression of the members of the Abbas Combat Brigades.

It is also true that, where other militias have been told not to get involved in fighting in Sunni-majority areas because of fears they could take the law into their own hands, the Abbas brigades have been the able to participate. As analysts at the Washington Institute explained recently, “by integrating with the national battle plan and with supporting coalition forces, the al-Abbas Combat [Brigade] has provided Iraq with military capability at moments when the Iran-backed factions were absent or unusable because they could not work productively with the coalition or Kurdish forces”.

The Abbas Combat Brigades appear to have better discipline than some of the other militias. For example, the militia has strict rules about publishing pictures of dead combatants and extremists on social media, as well as guidelines on how to deal mercifully with the families of members of the IS group.

Obviously, the Abbas brigade fighters are not angels. They have also been accused of harassing residents in some areas and of not allowing Sunni Muslim families back into their homes in northern Iraq, while allowing Shiite locals to return. They have been known to favour one Kurdish political party over another. Some critics in the media have noted that they treat local journalists very well while on the battlefield, which is why they get a lot of glowing reports in the Iraqi media. And others have said that, although the social work they are doing is worthy, it is unclear whether this is a role fighters should be playing at all – qualified, government-paid employees should supply these kinds of services, they say.

Still, on the whole even those critics will agree they are a better kind of militia than the majority. And, as has been pointed out by other analysts, they do appear to represent a more positive example of the role the formerly-volunteer militias could play in Iraq’s future.

In fact, some of the Abbas Combat Brigade’s most potent enemies come from within their own sect, from that aforementioned first group of militias, loyal to Iran.

Affairs pertaining to the Shiite Muslim militias in Iraq are now supposed to be administered by a special commission – it is part of the process of bringing the volunteers closer to the official apparatus of government. That commission is headed by Abu Mahdi al-Mohandes, one of the most senior commanders in the Shiite Muslim militias, with close contacts to Hezbollah in Iraq and a strong affiliation to Iran.

The good behavior of the Abbas Combat Brigades make the Iranian-affiliated militias look bad, locals say. And at one stage al-Mohandes refused to pay the salaries of members of the Abbas brigades, even trying to force some of the brigade members to resign.

Apparently during a conversation between the Abbas brigades’ commander, Maytham al-Zaidi, and al-Mohandes, the former was told by the latter that his fighters didn’t obey al-Mohandes’ commands so they should find their money elsewhere. As a result, the missing salaries were paid by the cleric, al-Sistani’s organization.

“Being a member of the Abbas Combat Brigade has its price,” al-Sistani’s spokesperson, Ahmad al-Safi, said at a meeting with the brigade’s commanders. “And part of that price is patience, not giving up our principles, our identity and our values even though there are other alternatives available to us.” He was referring to the conflicts that the Abbas Combat Brigade have had with the other militias.

Local analysts have suggested that the Iraqi government would actually prefer to keep the Abbas Combat Brigades around, rather than seeing the units dissolved and the members sent home – in the public’s eyes, their good behaviour embarrasses the Iran-sponsored militias, who may not always be as well behaved or as pro-government.

“The Abbas brigades reflect the image that al-Sistani wants to reflect when he issued his fatwa [religious call] against the terrorists,” says Jabr al-Mohammedawi, an independent Shiite Muslim cleric who teaches theology in Najaf, in southern Iraq. “Al-Sistani rejects the idea of fighters participating in politics and supports the integration of them into the army, police and other security organisations. He does not seem to much like the idea of keeping the militias on as an independent military force.”

Campaign to Abolish Retirement Pay for Members of Parliament Scores a Major Victory! 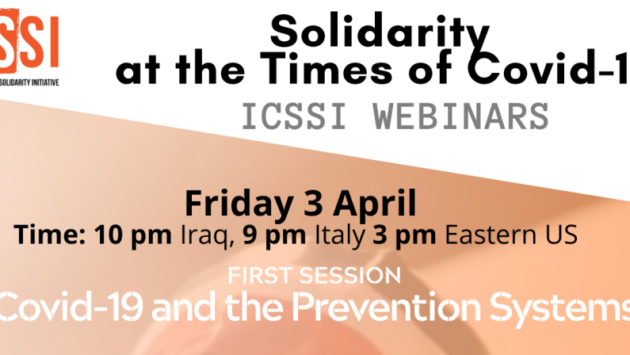