We are a group of Iraqi civil society organizations that are deeply concerned about the future of our nation’s water resources and the harmful impacts that the Ilisu dam will have if it is completed.  We write to inform you of the dam’s dramatic social, environmental and economic consequences throughout Iraq and to urge you to take all necessary steps to protect Iraqis’ right to water.   Iraq has already suffered a decline in water flow on the Euphrates River because of the GAP Project in Turkey; the water quality of the Euphrates within Iraq has deteriorated because its volume has been reduced by other dam projects. Total Dissolved Solids in the Euphrates have quadrupled, making the water unsuitable for human consumption and causing problems for most major crops, which cannot tolerate the increased soil salinity.  Ilisu would further reduce Iraq’s water supply in the Tigris River causing devastating effects on agriculture and water quality.

If the Ilisu Dam project goes forward it will violate Iraqis’ human right to water as expressed in the International Covenant on Economic, Social and Cultural Rights, which has been ratified by both Turkey and Iraq. The UN Convention on the Law of the Non-navigational Uses of International Watercourses from 1997, which is widely viewed as a codification of customary international law and reflects a general mandate to all states embodies the obligation of equitable and reasonable utilization of water resources, prevention of significant harm, and prior notification of planned measures, none of which Turkey has complied with to date.   Iraqi water reservoirs, including Tharthaar, between the Tigris and the Euphrates, and Habbaniyah, west of the Euphrates, will be diminished by Ilisu.

Further downstream, the marshlands of southern Iraq are also in danger.  They are home to the Marsh Arabs and have global significance for their biodiversity and more than 5,000 years of history. They provide a habitat for numerous bird, mammal, amphibian and reptile species, many of which are globally threatened.  The marshlands support fishery resources, which account for 60% of Iraq’s fish catch, which have shown a 50% decline due to extensive upstream damming and water diversion projects.   In the past, extensive ecological damage to the marshlands and the displacement of much of its indigenous population was identified by the United Nations Environment Programme as “one of the country’s major environmental and humanitarian disasters”.  The marshlands’ restoration will require adequate quantities of water, properly managed. Yet the Ilisu Dam threatens this process and will lead to further droughts that will cause habitat loss, wildlife decline and extinction, population migration, and community unemployment; all violating the rights of thousands of indigenous Marsh Arabs as expressed in the UN Declaration of the Rights of Indigenous People, Articles 8, 20 and 26.  In 2007, Hawizeh Marsh (Haur Al-Hawizeh), which receives the majority of its water from the Tigris, was the first marsh in Iraq to be listed on the Ramsar List of Wetlands of International Importance.  The Central Marshes are currently being considered for UNESCO World Heritage Status and for National Park status.  This valuable, unique, irreplaceable part of the world will likely be lost forever if the Ilisu Dam is completed.   Therefore:

We will continue to collect signatures in support of our campaign concerning these issues until our demands have been fully and properly considered. We trust that saving the Tigris River and the Marshes, and protecting the Iraqi people’s water rights and resources are important and vital issues for you. We expect that you will use your authority to be responsible for the rights of the Iraqi people, their water and natural resources, and their cultural heritage.   Sulaimanya 12 -06 – 2012 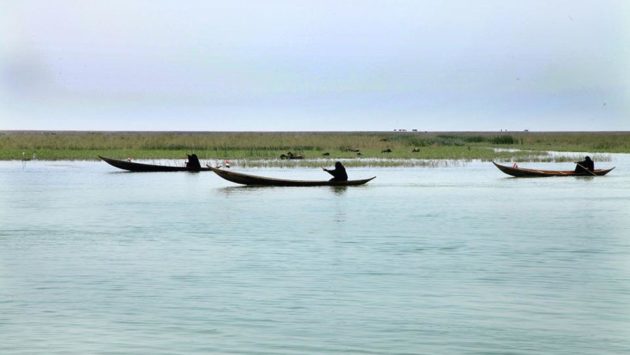