Hundreds of journalists and press, and activists, Announced their support for the lawsuit to against that called “the law of the rights of journalists,” that provided by the Association for Defending Freedom of the press by the personal names, and the administrative board of it, and recorded in the Federal Court under number 34 / federal / 2012 on 04.26.2012.

The undersigned called the President of the Court of the Federal Supreme Mr. Medhat al-Mahmoud to accept a lawsuit to against and compel the Iraqi parliament to take what is necessary to cancel it, because it just breach the explicit materials of  Iraqi constitution “13, 14, 38 and 46”,.

but it is clearly incompatible with Iraq’s international obligations, particularly Article 19 of the Universal Declaration of human Rights and the International Covenant on civil liberties and civil rights, signed by the Iraqi state,Confiscated as “the law of the rights of journalists,” freedom of the press and media through the activation of all the laws inherited from the previous era, which re-production of power and end the media area of freedom of the press in the acquired after 2003.

And the Society for Freedom of the Press surprise of defending the presidency of parliament for the law, which is clear from her reply on the list of the appeal made by the Assembly, the Assembly calls upon the Speaker of Parliament Mr. Osama Najafi and the Presidency of the Parliament and all members of the House not to insist on this law and not recognize that Inconsistent with the Constitution and the democratic system which is supposed to be the system of government by the first article of the Constitution.

Otherwise, the Assembly will sue the Presidency of the Parliament, especially perjury and it swore to maintain the Constitution and the private and public freedoms and the preservation of the democratic system in the country. 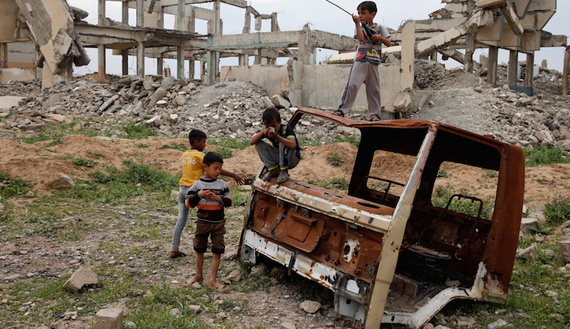 How Can Iraq Address Child Abuse and Torture?