Recognizing the role of civil society to promote peace, nonviolence, and respect for human rights, we call for dialogue to address the problems between the Iraqi central government and the Kurdistan Regional Government, for efforts to de-escalate tensions, and for the cessation of external interventions.

Peace and partnership among Iraqi citizens of different backgrounds, especially Arabs and Kurds, are threatened because of political conflict following the referendum on 25-September-2017 that expressed overwhelming support for an independent Kurdish nation. Members of civil society are deeply concerned about what is happening and they must now be included as partners in efforts to reduce conflict. Failure to initiate dialogue will only allow more belligerent actors to mobilize for war and economic sanctions that would cause great suffering for all Iraqi citizens.

On 5 October, representatives of organizations from Erbil, Sulaymaniyah, and Baghdad, along with representatives of international civil society met to discuss this crisis and agreed upon the statement below. We invite you as organizations, associations, networks, and volunteer groups to join this initiative and add your opinions and observations.

1.) The first step is to stop the escalation of tensions and conflict:

The politicians in Baghdad and Erbil should put at the forefront of their dialogue the points they agree upon, not their points of contention. Most important among these common points, in the view of civil society, should be:

2.) The second step is to address the referendum:

3.) A key issue will be the disputed areas:

These areas are all devastated. Instead of plunging them into new conflict, the disputed territories should be managed in accordance with the following principles:

We call for opening a technical discussion by experts on the best ways to manage all the borders, crossings, ports and airports of Iraq from the south to the north, and those that are located inside the Kurdish region in particular. This discussion should include experts from the relevant ministries, and the representatives of the provincial governments and the provinces concerned, respecting the following principles:

5.) International civil society, the United Nations, the European Union, and the neighboring countries:

If you represent a civil society group, organization, or trade union, and you agree with the call, sign the statement || click here

(Available in Arabic, Kurdish and English) 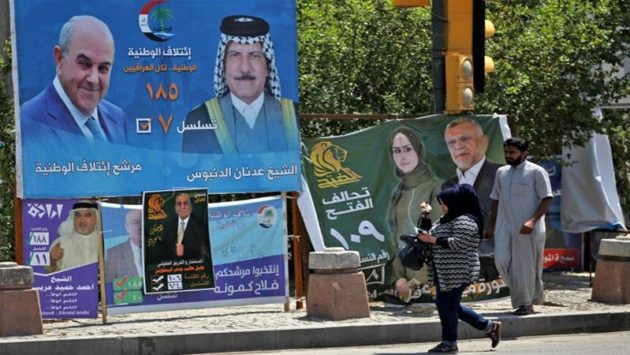 Iraq elections: All you need to know