At first they celebrated the end of Daesh. But now, unemployed, living in ruins and harassed by self-organised security forces, some Iraqis are no longer feeling so lucky.

When Daesh was expelled from the northern city of Mosul, locals there were happy. But now, not so much, says Qassim Badran, a former employee of the local power department. The government stopped paying his salary back in 2014 when the Islamic State, or IS, group, took over the city. Even though the federal government said they would start paying civil servants again – and there are many of these because the Iraqi government is the country’s major employer – no money has arrived for Badran and he’s been busy setting up a small store in his garden, so he can actually make some kind of living.

The situation in Mosul today is just too chaotic, Badran told NIQASH. “In the past two months, I have had five different armed groups knock on my front door,” he complains. “I don’t know to which parties they belong or who they’re allied with. But they all asked to see my family’s IDs anyway. In a nearby street, a person was killed but nobody knows why!”

There are dozens of armed militias in Mosul and each has its own uniform, confirms Noura al-Bijari, a MP for the Ninawa province, of which Mosul is the capital. Each one controls a different part of the city.

Al-Bijari is one of a number of Sunni Muslim politicians in Baghdad who have been complaining that the Iraqi government is not doing enough to help those locals who have returned home to cities formerly occupied by the IS group.

“They agreed to pay salaries to the provinces after liberation and when the cities are inhabited by their people again, but it has not happened,” al-Bijari says, noting that many of the houses in Mosul have been destroyed and that returning locals have no money to rebuild them, because they haven’t been paid nor are there are opportunities for employment.

“The only jobs available involve joining the militias around the city and many people have already done this,” al-Bijari says. “Even though they know that these are only temporary jobs.”

The joy of victory over the IS group is starting to be replaced by concern over the security chaos, acts of reprisal and revenge and arbitrary arrests, al-Bijari says.

And the stories coming out of Ninawa are not unique. The same kinds of complaints are being heard in other areas that the IS group has been pushed out of.

In the central Anbar province, the same kind of thing has happened with security.

Sadoun al-Fahdawi’s story is an example of the kinds of disappointment locals are dealing with. In April 2016, al-Fahdawi and his brother, Ahmed, volunteered with a local tribal force that was helping the Iraqi army fight the IS group. The brothers hoped that eventually the tribal forces would be integrated into a local police force, as one official promised them. The pair participated in the fighting around the city of Heet. During this, Ahmad was killed and al-Fahdawi was severely wounded in the leg.

Now al-Fahdawi cannot work anymore, due to his leg injury, and is living together with his mother and three sisters. For more than a year he has been trying to get some benefits or compensation from the Iraqi government for his injury in the line of duty, and for the death of his brother.  He has received nothing.
“We took up arms to fight the extremists and we were promised that we could get jobs in the local police, but none of that happened,” al-Fahdawi says.

Anbar is still dealing with the lack of a proper police force. When the IS group took over most of the province in 2014, the local police force collapsed. Many police officers fled the province in fear of their lives and those that remained, simply lived under IS’ harsh rule and possibly collaborated with the group. Or if they were not trusted by the IS group, they were left unemployed or at worst, killed.

The federal government still does not trust the local police force because of the chequered nature of the officers’ apparent allegiances, and the fact that they simply collapsed in the face of the extremists’ onslaught.

Compensating for this are a number of militias formed by the tribal groups inside Anbar who divide the province and the province’s cities amongst themselves. Some of the members of these militias live in hope that one day their militia will become an official body, recognized and therefore paid, by the Iraqi government. They may even become that promised police force, they hope. Other members of the militias, who do not get paid a salary, resort to crime to make some money.

Rajeh al-Issawi, a local politician who heads Anbar’s provincial security committee, told NIQASH that he believes the federal government urgently needs to allocate more funds to Iraq’s destroyed cities, for reconstruction but also to combat growing unemployment. “But this hasn’t happened and months have passed,” al-Issawi complains.
In 2010, there were around 28,000 police officers in Anbar, al-Issawi notes. Today there is only around half of that number. However, the government – and the Ministry of the Interior – refuse to enroll tribal fighters to become police. Nor will they agree to around 4,000 police officers returning to their old jobs. The government does not trust them, al-Issawi explains.

“The government is acting in a hypocritical way,” al-Issawi argues. “They won’t give the destroyed cities more funding nor will they integrate these tribal fighters – some of whom have been fighting the IS group for years without any pay – into an official security force. Meanwhile members of the Shiite Muslim militias are privileged, get a monthly salary and good weapons.”

The province of Salahaddin presents a different story once again. Shiite Muslim militias are in charge of security in the province and have established permanent headquarters in major cities like Tikrit and Samarra. These militias are trying to get Sunni Muslim locals and tribes to support them so that their presence is more legitimate.
Salahaddin boasts a population that is a sectarian mix, with some towns and areas mostly Shiite and others mostly Sunni. There have been attempts to unify the official security forces, Shiite Muslim militias and local tribal militias but they have not been very successful so far.

There are also political conflicts brewing in Salahaddin. Last week, the province’s governor, Ahmad Abdullah al-Jibouri, who had been detained on corruption charges, was released.

“There is a political conflict between two groups,” explains Abdul-Hamid al-Jibouri, a tribal leader from Tikrit. “The first is represented by Mishaan al-Jibouri, a politician who is close to the Shiite Muslim militias and the second is headed by Ahmad Abdullah al-Jibouri, who is opposed to the militias’ presence in the city.”
How this will end nobody knows, but the disarray and confusion will doubtless continue. 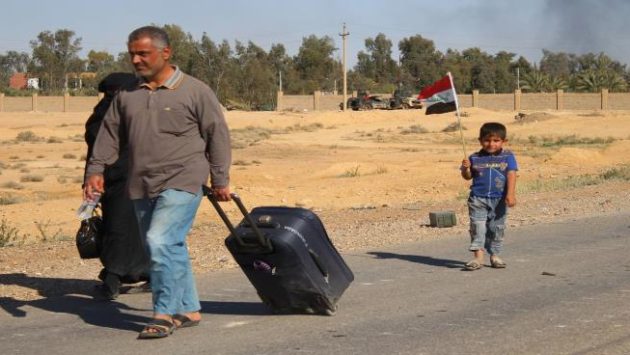 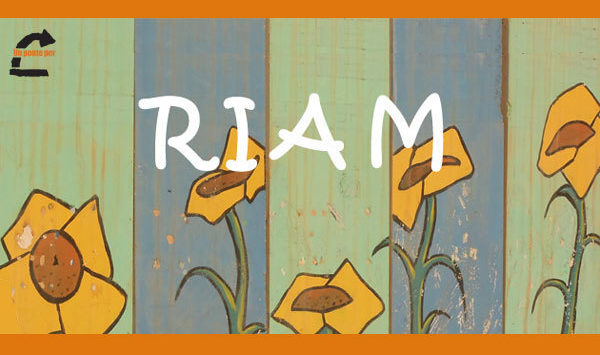