In more than 15 cities across the world, on the Global Action Day for Hasankeyf (23 September), actions were organized to protest against the Ilisu Dam, the controversial dam being built on the Tigris River which will have disastrous consequences for the ancient town of Hasankeyf. Earlier this year, in the town the Zeynel Bey, tombs and other monuments were relocated, and several weeks ago, with no legal permission, the demolition of the castle rock of Hasankeyf began.  The residents now living there will all need to be displaced once the dam is completed.

To show their support and solidarity with the ancient city, the Save the Tigris and Iraqi Marshes Campaign organized 3 solidarity actions: in Baghdad, Najaf and Sulaymaniyah. Iraq will suffer a heavy impact of the dam. The Tigris River is a source of drinking water and essential for Iraq’s agriculture, but when the Ilisu Dam is in operation, the river will provide as much as 40% less water to Iraq. In Baghdad, the campaign, together with Humat Dijla, spread information about the value of Hasankeyf and the transnational impact of the Ilisu Dam to people in Al-Mutanabi Street. In Najaf, the local social forum took part in a global solidarity action. The city is located along the Euphrates River, which has seen its share of water flow vastly decrease since Turkey and Syria built a series of dams in the 1990s.  Meanwhile, in the Kurdistan Region of Iraq, together with Waterkeepers Iraq, the Save the Tigris Campaign set up a booth in Salim Street in Slemani where people received brochures and papers about Hasankeyf. Many people expressed their support against the Ilisu Dam.

In Hasankeyf, 50 civil society organizations from Istanbul, as well as a dozen groups from the Kurdish region, met with local activists from the initiative “Keep Hasankeyf Alive”, as well as some inhabitants of the town. Under heavy police presence, they defied the state of emergency in Turkey and the ongoing armed conflict. They demonstrated under the slogan “We are here to defend Hasankeyf and the Tigris River, thus to defend life!”. In Iran, people expressed solidarity via social media, while additional protests were organized in Europe (Rome, Bilbao, Berlin, Brighton, and others).

According to the Turkish government, the dam is nearing completion, but according to activists, it is not too late to propose an alternative in the region. This action day specifically targeted the governments and companies involved in the construction of the dam (Andritz) and relocation of heritage (Bresser). Hasankeyf is an ancient city of exceptional historical and ecological value, and must not be lost.

Visit the website of Initiative to Keep Hasankeyf for more information about the Action Day. 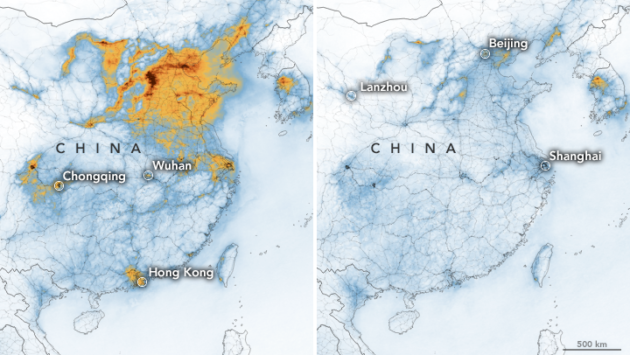 The Bright Side of the Coronavirus Pandemic