On the evening of 12 August, 2017, in Hit, youth opened the Shakoufyan Cultural Center. This new center, which contains a small library, a café and a theater for activities, workshops, seminars and literary events, is one of this year’s most important projects of the “Shakoufyan Initiative – Life Begins with a Step”. The Center’s organizers are already working on new projects and events for all those interested in cultural issues.

The opening ceremony was attended by a distinguished audience from all parts of the city of Hit, with a notable presence of the security forces. The ceremony opened with a minute of mourning for those who have lost their lives for Iraq in the city of Hit. This was followed by a speech by Mahmoud al-Hiti, a member of Shakoufyan team, who read an introductory statement on the initiative, its projects, and the idea behind ​​the Cultural Center, calling it “a necessity for the city of Hit a year and a half after its liberation.” “This is an important step by the initiative,” al Hiti added, “for it confirms the continuous pursuit of building social peace, spreading a culture of nonviolence, and extending bridges of communication between all parts of the city.”

Professor Taha Hardan gave a speech in which he praised the young people taking part in the initiative, and their efforts to establish this important place, which has been absent in the city since the war took over the former cultural center and left it ruins. Professor Hardan stressed the powerful symbolism of creating a cultural center adjacent to what remains of its previous building. He emphasized that this location will draw the attention of officials to the need to rebuild and revitalize the cultural center in Hit, and support the cultural achievements and values of the city, for this will act as a real guarantor in the fight against extremist ideas.

The ceremony was followed by discussions aimed at raising awareness: more than eight questions were put to the audience on the topics of peace and nonviolence. Participants responded positively, and encouraged each other to take part in the debate about the importance of nonviolent resistance to injustice and oppression. Photographs of intellectuals from Hit and previous campaigns were presented, accompanied by a musical performance from the HHU band. The popular poet Mohiuddin al-Hamdani was a guest of honor, and delivered a poem on the importance of leading the youth to contribute to the cultural awareness of the community. The ceremony concluded by thanking CCFD-Terre Solidaire and the Iraqi Social Forum, who supported the project, and the large number of the Hit citizens who contributed to the inauguration of the Cultural Center, and who are looking forward to its success.

“I was in constant contact with the young people as they worked to rehabilitate the place, and I admired them for their dedicated work, and their desire to have their city become once again one of the cultural cities in Iraq. The city of Hit has seen many difficult times, but young people have reminded us to be hopeful that its future will be better,” said Yacoub Abboud Shafi, a beach volleyball judge in Hit. Mohiuddin al-Hamdani praised the initiative, saying that “young people have achieved a dream by establishing this center, which is a great step for a city known for its cultural history.”

The “Shakoufyan Initiative” was founded in late April 2016, and has had a special presence in Hit since its inception. This new cultural center is the fourth project of the initiative. Mahmoud al-Hiti, a team member, said, “We have been able, through our previous campaigns, to gain the trust of the citizens, especially young people, and the great support that we have received, along with the distinguished presence of those who worked so hard to open the Center is clear confirmation of our success. We in Shakoufyan are determined to continue on our way to achieve our goal of building civil peace, and spreading the culture of nonviolence.” Another member of the initiative, Omar Sabah al-Hiti, praised the collaboration and cooperation of so many in Hit which led to the creation of the Cultural Center. “Hit’s new Cultural Center” he said, “acts as a great incentive for us to continue to adopt important projects related to the lives of citizens at all levels.” 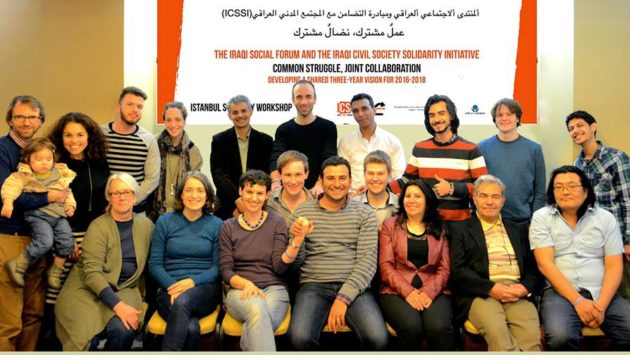 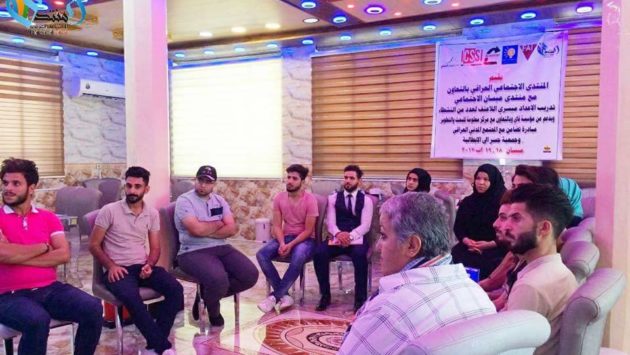