Petition to Antonio Guterres, Secretary General of the United Nations, by the People’s Campaign to Suppor the Kind Zagros in Iran, to protect the Iranian side of the Mespotamian Marshlands, known as Hoor al-Azim in Iran (fed by teh Karkeh River)

With great respect, we would like to inform you that, in the past two decades, the Republic of Turkey, has constructed a tremendous number of dams in the Southern Anatolian region and the headwaters of the Tigris and Euphrates rivers. The Ataturk dam on the Euphrates River, with 48 billion cubic meters of capacity was completed in 1992 and one more dam— the Ilısu Dam with 10.4 billion cubic meters of capacity, is under construction on the Tigris River since December 2014.

Construction of these dams has not only influenced the hydrology system of these two important rivers— the Tigris and Euphrates— but it has also deprived several million hectares of Syrian and Iraqi agricultural lands, and created a serious crisis in its downstream “Hoor-al-azim” wetland. This crisis in turn has changed the “Hoor-al-azim” wetland— one of the most important marine ecosystems— to one of the biggest dust storm and crisis centre of wind erosion in the region.

The Indigenous Peoples and the people of Iran, Syria and Iraq, whom are at the origin of ancient civilizations such as the Iranian, Syrian and Mesopotamian civilisations are severely damaged by these destructive activities and actions. The continued process of this destructive and irresponsible exploitation of water resources by the Republic of Turkey damages the agricultural systems in the Mesopotamian region, and intensifies dust storm in the west and centre of Iran. This devastating phenomenon threatens productive activities and peoples’ live, and human ecosystems in the region are being abandoned.

The devastating consequences of dam construction in the Republic of Turkey not only intensifies and amplifies the effects of war and the human tragedies in Syria and Iraq but the construction process itself is also in contradiction with the United Nations Declaration on the Rights of Indigenous Peoples (UNDRIP) and environmental conventions such as The United Nations Convention to Combat Desertification (UNCCD).

We, the undersigned, call on the United Nations and UNESCO to respond to the worrying situation of indigenous peoples and their water rights on the Tigris and Euphrates river basin. We demand the revival of the Mesopotamian region by releasing the water-rights of the southern Anatolia dams, in particular Ataturk Dam, and by stopping the under construction dams in the region, in particular the Ilısu Dam. 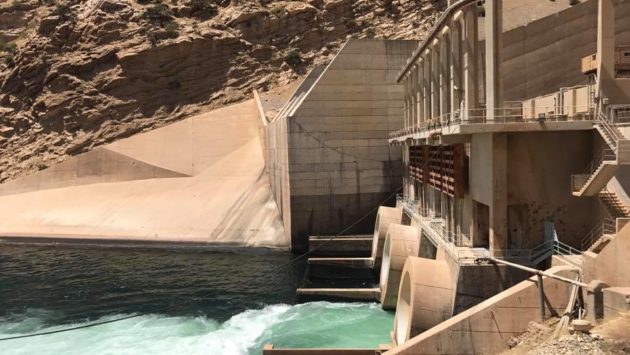