Iraq’s Journalist Protection Law, approved in August 2011 by the Iraqi Parliament which was facing  international pressure to reform its laws concerning the media, in fact constitutes a threat to independent media. It even leaves in place laws of the Saddam era that allow journalists to be imprisoned for up to seven years for insulting the government. The Iraqi Civil Society Solidarity Initiative supports a campaign to repeal the new law and asks the Iraqi Government to respect its international obligations to protect freedom of expression as guaranteed by the Universal Declaration of Human Rights and the International Covenant on Civil and Political Rights.

In January 2012, when the Iraqi association “Society for Defending Press Freedom” (SDPF) challenged the journalists’ law in the Federal Supreme Court, the Iraqi Civil Society Solidarity Initiative launched an international petition drive to support repeal of the law. SDPF’s case was rejected by the Court under the pretext that the SDPF did not have current registration papers. The SDPF is a long-established and reputable Iraqi organisation. Mr. Uday Hatem, journalist and head of the association, explains that his organization is registered since 2006 and presented all papers required to update the registration according to the new NGO law but didn’t receive any answer by the NGOs Directorate of the Iraqi Government, thus the SDPF’s freedom of association is being violated.

The journalists Uday Hatem, Jawad al-Khafaji, Mustafa Nasser and Rahima Ahmed are bravely filing the lawsuit again today, this time in their personal capacity as Iraqi citizens. Due to the persecution faced by Iraqi journalists who have challenged institutions and powerful politicians, we believe that they are now in a potentially dangerous position. However, they are very concerned about the consequences of this law for Iraqi freedom and democracy, and are determined to continue. We declare our support for the Iraqi Society for Defending Press Freedom in this struggle!

What organizations and journalists can do:

Press release from SDPF in English 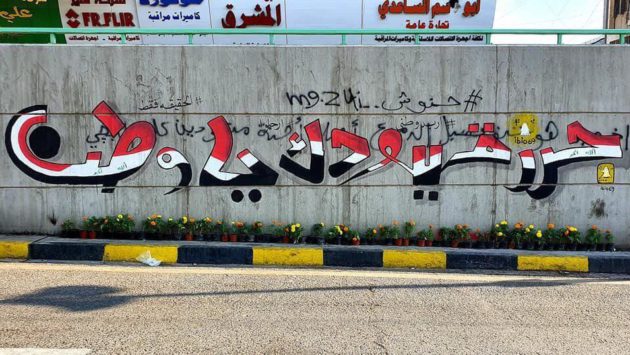