Reporters Without Borders (RSF) is asking the UN Security Council to refer the situation in Syria and Iraq, where war crimes have been committed against journalists, to the International Criminal Court.

RSF made this request in a letter on 16 April to the office of Lithuania’s permanent representative to the United Nations in New York, who will assume the Security Council’s Presidency in May, and in a letter today to the UN secretary-general.

“Two US journalists, James Foley and Steven Sotloff, were the victims of carefully-staged beheadings by Islamic State in August and September that were filmed and posted online,” RSF pointed out in the letters. “An Iraqi journalist, Raad Mohamed Al-Azaoui, was also publicly executed by the same radical Islamists in October 2014 after being kidnapped in Samara. The Al-Nusra Front has deliberately attacked journalists, especially those working for Syrian pro-government media, and has kidnapped foreign journalists. Syrian government forces have also been responsible for many abusesagainst journalists.”

RSF bases its initiative on Resolution 1738 on the safety of journalists, which the Security Council adopted in 2006, and two UN General Assembly resolutions on impunity for crimes against journalists that were adopted in 2013 and 2014.

“To shed light on the terrible acts being committed against journalists in these war zones and to deter the belligerents from continuing to commit them, we believe the Security Council should urgently refer the situation in Syria and Iraq, and in particular the war crimes against journalists, to the ICC’s prosecutor,” RSF secretary-general Christophe Deloire said in his letter to the Security Council’s president.

Deloire points out that, ever since Resolution 1738 in 2006, the Security Council’s member countries have affirmed their desire to defend the safety of journalists, and that they should now therefore “show they mean what they say by initiating a concrete process designed to bring the perpetrators of crimes against journalists to justice.” If they do not, “they will prove their hypocrisy.”

Under UNESCO’s aegis, the entire UN system adopted a Plan of Action on the Safety of Journalists and the Issue of Impunity in 2012. 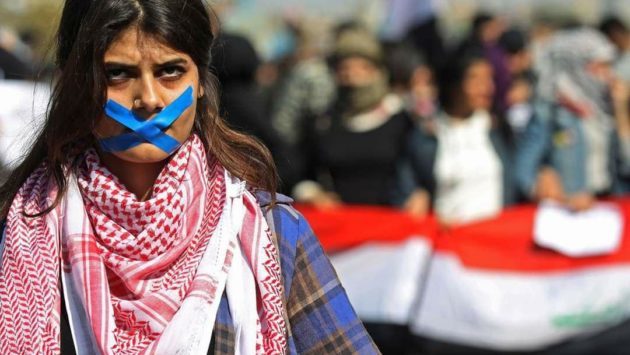 Appeal for International Solidarity to Protect Freedom of Expression in Iraq