On the occasion of World Wetlands Day, February 2, the Ministry of Water Resources in Iraq held an official event in Baghdad, celebrating the unique value of wetlands, in particular the Iraqi Marshes. World Wetlands Day is held annually to help raise global public awareness on the value of wetlands. In addition to the participation of Save the Tigris Campaign, civil society and media, the event was attended by Minister of Water Resources Dr. Hassan Al-Janabi. It provided an opportunity for the campaign to discuss the Marshes’ file privately with all parties involved in the implementation process of the UNESCO recommendations following its inscription in the World Heritage List.

Jassim Al-Asadi, the Managing Director of the Chibayish office of Nature Iraq, said that when the Marshes were included into the World Heritage List 2 kinds of international recommendations from UNESCO were set: short-term and medium-term. Five short-term recommendations were supposed to be implemented by 1 November 2016, but it was not fully completed. Further long-term recommendations are to be implemented by 1 December 2017. One of these recommendations is to determine the minimum rate of water flows needed in order to sustain the Iraqi Marshes. Al-Asadi added that he does not expect any assessment visit of the World Heritage Committee soon. He said that mainly the Ministry of Water Resources is responsible for the implementation and management of the Marshes’ file. Al-Asadi recommendsto develop a comprehensive revival plan in collaboration with the Ministry of Tourism, the Ministry of Culture and Environment departments,local authorities, civil society and local communities.

Iraqi authorities have developed several plans in order to secure long-term sustainability of the Marshes. Dr. Hassan al-Janabi noted that Iraq is currently storing up to 6 billion cubic liters of water for the Marshes in (dam)reservoirs, which will be released at the appropriate time and guarantee sustainable water levels for the wetlands. In addition to the Marshes the minister referred as well to the urgent need to protect Lake Sawa, a saline lake with distinctive natural diversity, which feeds from the Euphrates River in Muthanna governorate, threatened by human intrusion.

With regards to the indigenous population of the Marshes, the minister announced plans to build 130 schools in the Marshlands. Al-Janabi said this has been discussed in cabinet meetings, praising those parliamentary members who are pushing for the allocation of funds from the 2017 national budget to support the development of the Marshlands following its inscription in the UNESCO World Heritage List. He called upon all ministries and institutions to speed the submission of Marshland projects for funding to be allocated shortly. Next to social development, the indigenous population of the Marshes needs support in livelihood and economic development. Overfishing has been a huge challenge in the wetlands. Naji Al-Saidi, head of the fishermen association in Hammar Marshes, explained how the area has lost many of its fish species due to lack of monitoring mechanisms.  People have been consuming fish at high rates, which has damaged the biodiversity of the wetlands, as well as the indigenous population who depend on fishing for a living. Saidi recommended to create a crisis group to monitor issue of overfishing and to take appropriate measures to combat decreasing fish rates. The population has also been increasingly looking at tourism as a possible source of income. However, this sector remains largely undeveloped. Al-Saidi says: “We had hoped that inscription in the World Heritage List would attract international attention for the Iraqi Marshes, and our socioeconomic situation would improve quickly, but so far we have not seen any real changes. There is still very little tourism in the Marshes, nevertheless we still hope to attract more visitors in the future.”

Yet ultimately, the sustainability of the Marshes will depend on outside factors. Ilisu Dam is nearing its final stage of completion in Turkey. Al-Asadi said “”Turkey is expected to begin the storage of water in Ilisu Dam starting from November 2017. This would reduce the Iraqi share of Tigris River water flows by 40%, and exacerbate the scarcity of water the country. Iraq will have to take the necessary actions to guarantee water flows, particularly for the Iraqi Marshes”. Then there is the pollution of the Tigris River, which is mostly due to the release of sewage directly into its waters. The Save the Tigris and Iraqi Marshes Campaign expressed that it will continue to address these issues and advocate for concrete measures to safeguard the waters of Iraq. 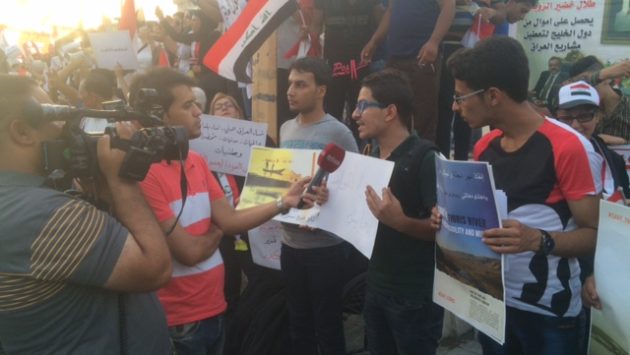 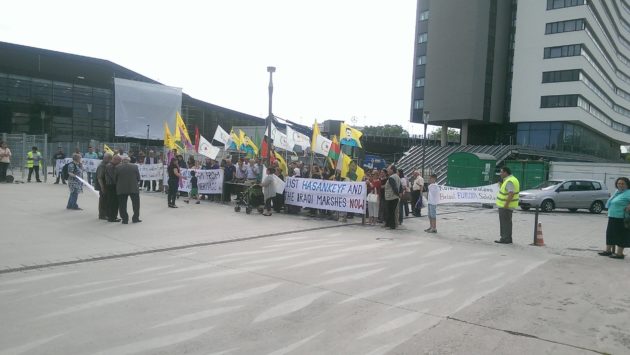