Report on a seminar hosted by the Information Center for Research and Development, in the headquarters of the Iraqi Council for Peace and Solidarity, Baghdad.

On Saturday, the 7th of May 2016, in Baghdad the Information Center for Research and Development organized with the Iraqi Council for Peace and Solidarity a seminar about the protest movement, attended by a crowd of civil and political activists, academics and specialists in Iraqi affairs. The Iraqi Social Forum Secretariat co-hosted the seminar.

The slogan of the event was “The peaceful style of the protest movement and the response of people in power”.

After welcoming the attendees, Mr. Jassim Helfi of the Information Center presented his analysis of the protest and its most important characteristics, saying that “the protest movement has clear contents and features, it is a national one using patriotic slogans and has never been partisan. Having a popular dimension, the movement involves people from all classes and categories of the Iraqi society, and has never been assimilated to a specific party. The other dimension to be taken into account is the legitimacy of its demands, which are consistent with the Iraqi constitution”. Helfi pointed out that the protests have used the methods of non-violent struggle, and that activists insisted on keeping demonstrations peaceful despite provocation campaigns. Helfi also clarified that “the protest movement exerted great pressure on the corrupt, sectarian and powerful people, and was able to turn the struggle between politicians themselves on power to a struggle between two sides, the government and the Iraqi people. Helfi stressed that there are two ways to solve the crisis.

The first, wanted by politicians, is to maintain the quota system, with slight adjustments to decrease its sectarian character. The other solution is what the protesters ask: ending the quota system approach and building a state which consider the wellbeing of its citizens as its first objective.

The alternative between these two options is the essence of the conflict that protesters decided to fight with non-violent struggle. He concluded by saying that the demands of the protesters are not limited to the ministerial change – the priority of politicians, who are trying to blur the basic demands of their citizens – but aspire to a real reform, which touches the essence of the regime in Iraq. He finally mentioned that when protesters entered the Green Zone through nonviolent peaceful techniques, they respected the public property and the prestige of the Iraqi state, despite minor violations from few people that have been condemned and denounced by most of the activists. Then Mr. Hassan Al Kaabi from the Sadr movement, member of the High Coordination Committee of the demonstrations, explained in detail how the demonstrators managed to enter the Green Zone, and the tactics used in the escalation of the action, characterizd by high commitment and discipline of all people under the guidance of the organizing committee.

As Dr. Hussein Allawi – a member of the Iraqi Council for Peace and Solidarity – explained, “the Iraqi people have a culture of protest, due to the difficult circumstances experienced by Iraqis, whose security is challenged by both official troops and terrorist militia; this makes it difficult but not impossible to produce real reforms”. Allawi remarked that the protesters’ demands take their validity from the Constitution, and that people do not want to change radically the political system but reform it within the democratic framework. On the other side the politicians’ positions are weak, since they have been appointed only to make vague statements, without a vision or capacity to act for reform and get the country out of the crisis, Now they must make concessions to the Iraqi people. Allawi pointed out the need to unify intellectual forces and produce specific, clear and measurable demands, going beyond the slogans of the protesters, to facilitate follow-up and the implementation process. He added that the demonstrators set up committees to negotiate and coordinate relations with the institutional counterparts, which will announce the results of their meetings and negotiation phases to the public opinion.

He stressed the need to study the methods of peaceful protest available to the citizens, and work on achieving strength and effectiveness in this aspect. Dr. Hussein Allawi concluded stressing the need to preserve the peaceful character of protests and avoid any friction with security forces.

Another group of attendees in the seminar made few interventions focused on the need to pay attention to the slogans being used, and to demands of socio-economic dimension. They stated that the protest movement will continue and will not affect the security situation, or weaken the fight against terrorism, as recent victories on the battlefield proved. Activists stressed that this movement is politically and socially conscious, hence it is not possible to transform it into a single political faction, or to have a political party guiding it, since it carries multiple political identities. Many of the Iraqi people criticized the attitude of the international community and media towards the protest movement, and the negative picture of the protest promoted worldwide by mainstream media when they entered the Green Zone. 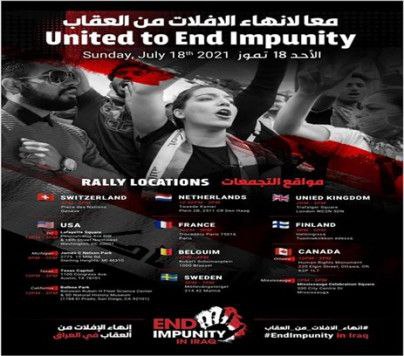 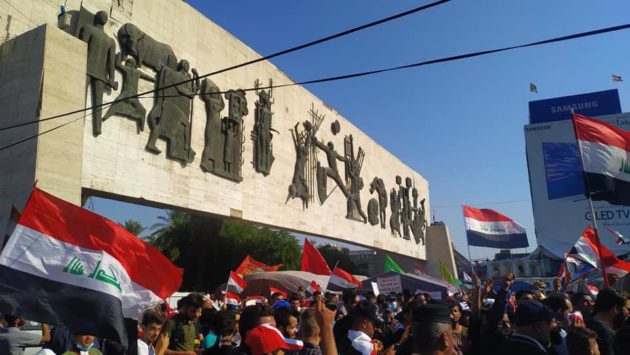