Recently, military developments and international involvement have resulted in Daesh retreating from some areas previously under its control in Iraq. As these areas become accessible again, IDP communities struggle to return while the potential for renewed conflict remains alarmingly high. In order to understand current conflict dynamics
and prepare for conflict sensitive peace building programs responding to realities on the ground, PAX has commissioned a qualitative research among Ninewa IDP communities in the Kurdish Region of Iraq. The perceptions of IDP communities on return and insights from stakeholders on community relations in a post Daesh Ninewa have been used as a basis for analysis in this report.

Ninewa Governorate, formerly known as Mosul Governorate, is wedged between Kurdish northern Iraq and Arabic Central Iraq. Large areas are part of the Disputed Internal Boundaries (DIBs) areas, contested between the Kurdish Regional Government (KRG) and the Government of Iraq (GoI). This area is home to the majority of Iraq’s minority groups, and is the most diverse region in the country. It is home to Christians of various denominations, Yazidis, Shabak, Turkmen, Kaka’is, Kurds and Arabs. Historically, the area has been the subject of Saddam  ussein’s Arabization policies, and Arab tribes were relocated to this area to change its demographic composition. This history of demographic engineering continues to fuel land disputes today and has contributed to marginalization, lack of administrative clarity and weak social cohesion, which have been exacerbated in the years following the removal of the Saddam regime in 2003 and have ultimately paved the way for Daesh taking control in 2014.
Although IDP communities report tolerable relations between their communities prior to Daesh, the social fabric in the area is extremely fragile. A closer look reveals that multiple factors, not easily expressed by civilians in a repressive climate, are feeding tense inter-community grievances.

Recommendations
To the Government of Iraq, the Kurdish Regional Government and the Ninewa Governorate:

In the short term
– Publicly send strong messages against retaliation by armed forces and linked armed groups and urge protection of all civilians and their property in areas reconquered from Daesh;

– Ensure a clear and effective transitional justice system in place to be applied on the ground in areas re-conquered from Daesh in order to prevent non-state armed forces and/or armed groups linked to the government taking justice into their own hands, which includes the legal prosecution of acts of retaliation by such groups;

– Ensure the right of return for all recently displaced communities, regardless of their political, ethnic or religious background, while protecting the safety of civilians who stayed under Daesh control.

In the long term

– Agree on an inclusive negotiating process to reach a solution on the Disputed Internal Boundaries (DIBs), including the right of return for all previously displaced communities, in line with article 140 of the Iraqi constitution.

– Ensure inclusive governance and inclusive security for all communities in Ninewa Governorate in line with article 125 of the Iraqi constitution;

– Build the capacity, responsiveness and relevance of the Governorate and the Provincial Council of Ninewa through investment in public services, employment and security reform. Security reform should particularly include a code of conduct and clear mandates for local police and army;

– Actively plan and promote a post-Daesh strategy for Mosul, focusing on inclusive governance and security, integration of IDPs and demilitarization of communities and non-state armed groups; 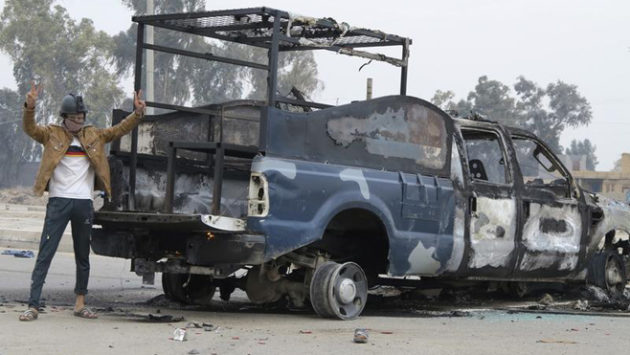