The Union of Kurdish Students in Syria and Deutschland (UKSSD) was established in 2011 following the popular revolution in which the Syrian people demanded freedoms and a more democratic government. The Union has evolved out of several student groups that were active in civil actions at the universities and in the cities in which they lived inside Syria. With the increase in poverty and the escalation of violence in Syria, there was not enough space for peaceful, civil activities in many of the Syrian governorates; therefore, the Union transferred its activities to the north of Syria. As the migration of people from Syria to neighboring countries and to Europe increased, the Union expanded its work. It managed to gain the friendship and support of students in European countries and became the first independent gathering that combines Syrian and international students who are working together to assist students and help civilians in areas of conflict in the Middle East. As it expanded, the UKSSD worked in many areas, organizing on many issues including education, child protection, youth development, protection and empowerment of women, protection of refugees, the distribution of aid and non-food items, health awareness, the promotion of peace and the prevention of violence, and increasing political and social awareness. In 2014, there was a further expansion to include labor policies in biodynamic agriculture.

The war taking place in Syria over the last five years between forces of the Syrian regime and its allied militias on one side, and the forces of the Syrian opposition on the other, and the extremist groups on the third side, have deeply divided Syrian society along sectarian lines. This is the latest chapter of sectarianism in an area where wars – beginning with the Lebanese civil war, then the Iran-Iraq war, and finally the US invasion of Iraq in 2003 – have gripped the region for decades.

The militias of the regime played the most prominent role in the massacres of civilians and acts of ethnic cleansing. It committed those massacres when the international community hesitated to deter them. These massacres caused backlash and the rise of extremism. Some Syrians, in some areas, joined extremist organizations like Daesh and Jabhat Al-Nusra. These terrorist organizations did not hesitate to commit the most heinous crimes. In addition, these organizations, such as Daesh, have attracted and recruited thousands of jihadists from around the world who are now fighting in its ranks in Syria and Iraq.

This revolution began to oppose dictatorships and repressive regimes; it evolved to oppose poverty, injustice, desperation and human ignorance, in general. But already the response or backlash has been strong from unilateral and dictatorial regimes, and from religious groups that only believe in the imposition of one destructive thought of human existence.

Moreover, today we are confronting a dangerous historic juncture from which we may not be able to return. It should not be allowed to destroy the dream of the people who called for freedom – oppressed and marginalized people who have one demand: people’s right to self-determination, and the right of all people to freedom.

Yesterday, we were wondering “what will happen in the region”, and today we hardly believe what happened: scenes of barbarism bringing us back to the depths of the earliest times of human history. In Chenkal and Iraqi Mosul and in the Syrian Reka “Daash” force Christians and Azidis (non-Muslims Kurds) either to deny their religion and belief and embrace Islam as a religion, or to leave their homes and everything they own, or else be slaughtered. While the fate of Shiites “rejectionists” in Daesh’s language, and Sunnis opposed to Daash, is the knife.
In Mosul, scene of religious cleansing of murder and displacement, where Daesh violated all taboos, Kurds and Chaldean, Syrian and Assyrian Christians are subjected to genocide. Mosul has been emptied of its Aramaic culture, which was the foundation of the civilization of Mesopotamia. In the surrounding areas, people live in permanent panic and feel endless danger, for dark forces follow them wherever they move. Thousands of families flee with every new kilometer occupied by extremists. In this atmosphere of panic and anxiety, people have lost all hopes for life or the possibility of real security today in their historic homelands.

I do not know what is this suspicious silence that surrounds the world. What is happening today reminds us of the major massacres that have occurred in the region in the past centuries: Lebanon and Syria in 1860, Diyarbakir in 1895, Turkey in 1915, Iraq in 1933, Palestine in 1948. How wrong our people were when they thought that they had become safe from the evil of the powerful after the establishment of international courts and the development of the laws that aim to punish crimes against humanity. It appears that these laws are more flimsy than a spider’s web. The big flies can breach it and only small flies are captured. Where is the Security Council and where are the major countries who are decision-makers? Children in Syria today greet the children of Chenkal and Mosul, and the knife is the same.

In the world today, doesn’t any eye shed tears seeing the children killed by bombs that leave them in shreds?

We, in these difficult times, need international solidarity more than ever. Politics have failed in recent years to find a peaceful solution to the Syrian crisis, which led to the deterioration of the security situation in Iraq and neighboring countries. Moreover, at a time when politicians and the United Nations failed to secure a safe life for civilians in these countries, our role as youth and civil society organizations comes to spread the culture of co-existence, the protection of children from violence, and spread of the culture of peace among the civilians. That is our demand of international civil society and youth from all over the world and humanitarian organizations: focus on youth organizations based in Syria and Iraq and support them in various ways to stay working inside their countries. At the same time, to give them the right to represent themselves and their voices in the international political conferences that seek to find a peaceful political solution to the crisis in the Middle East.

Thank you for your kind attention. 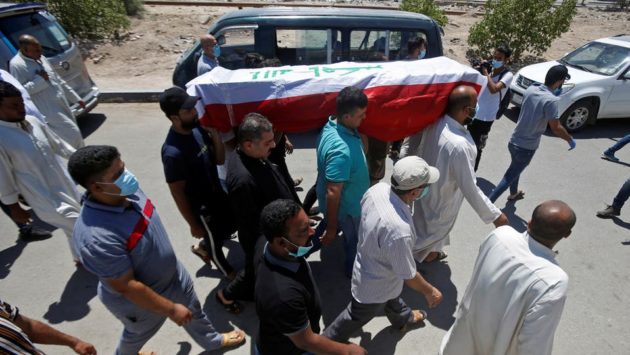 The Assassinations and Repression of Protesters Must Stop Immediately 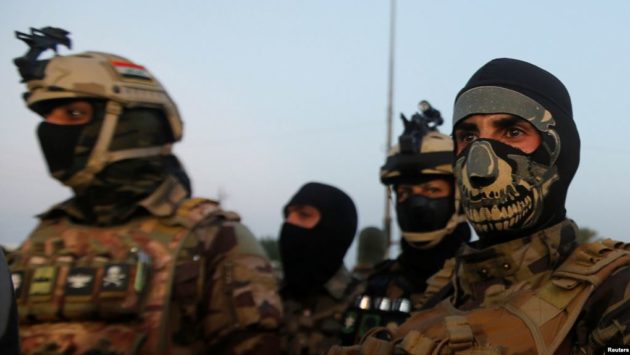