Press release by Save the Tigris and Iraqi Marshes Campaign, January 20th 2016. 1. Mosul Dam, the largest dam in Iraq, now the most dangerous dam in the world

Risk of the imminent collapse of the Mosul Dam must be confronted immediately. The dam, which began operation in the 1980s, is located 35 kilometers north of Mosul; it is the largest dam in Iraq, standing 131 meters high, more than three kilometers in length, with a storage capacity of about 8 million cubic meters of water.

A report issued by the US Army Corps of Engineers, in September 2006, described Mosul Dam as the most dangerous dam in the world. According to a 2007 article in the Washington Post, the Army report revealed that the foundations of the dam have deteriorated and must be strengthened. “If a small problem [at] Mosul Dam occurs, failure is likely.” Collapse could “unleash a trillion-gallon wave of water…flooding two of the largest cities in the country,” causing as many as 500,000 civilian deaths. The US military concluded, “Mosul Dam is ‘unsafe’ in any definition,” and “Failure mode is credible.”

US Ambassador, Ryan Crocker and Gen. David Petraeus, the commander of US forces in Iraq in 2007, sent a letter on May 3 of that year to the Iraqi Prime Minister at the time, Noori Al-Maliki, describing the potential damage:

“Assuming the worst case scenario, the immediate collapse of Mosul Dam filled to its maximum capacity could lead to a wave of water 20 meters high in the city of Mosul, which would lead to significant loss of lives and property”.

This wave would bring death and destruction in the provinces of Nineveh, Kirkuk and Saladin, and cause severe damage in Baghdad.

Since the invasion of Mosul by the terrorist organization, Daesh, in 2014, the area surrounding the dam has witnessed military operations, battles, and bombings that have likely exacerbated weaknesses that already existed in the foundations of the dam. Most Iraqi government officials deny any danger, claiming that they do not want to panic the Iraqi public. However, it is clear that confronting the potential dangers openly and directly is the only way to avoid disastrous consequences for Iraq.

2. Trevi, the giant Italian company and its relationship with Mosul Dam

At the end of 2015, the Italian press disclosed that the Italian Trevi Group was consulting with the Iraqi government to undertake restoration of Mosul Dam. Trevi was one of the companies that helped build the dam. Founded in 1957, Trevi is today a giant enterprise with 30 branches that are active in over 80 countries. According to the Italian newspaper “Corriere della Sera”, the Trevi Group has been operating in Iraq since 2008, when one of its divisions signed an agreement with the Iraqi Drilling Company to supply six drilling stations at a cost of over $100 million. According to the same newspaper, Trevi was very close to winning a contract to renovate Mosul Dam, in 2011, but the deal was never finalized. Now the company is again proposing to restore the dam’s foundations, a project that would likely take eighteen months and cost many hundreds of millions of dollars.

3. Proposals to send Italian Troops to the Dam Site and Opposition from the Peace Movement

Moreover, in a highly problematic development, the Italian Minister of Defense confirmed that the Italian government plans to send Italian troops to protect the dam site. The Italian Parliament will discuss the subject in the coming weeks, and it is expected that if there is agreement to begin restoration work in March 2016, 450 Italian troops will accompany the Trevi Company to the dam site.

Italian organizations, especially peace organizations, oppose any linkage between securing the dam and deployment of Italian troops in Iraq. They demand that the Italian government work with the Iraqi government to find Iraqi forces qualified to secure the dam site during restoration work; only Iraqi forces should protect the experts, technicians, and other personnel who work at the Mosul Dam, whether they are foreigners or Iraqis.

The Save the Tigris and Iraqi Marshes Campaign supports the idea of cooperation between Iraq and the international community, including Italy, to train and equip Iraqi protection forces for the dam, and to work with experts from the Trevi company to restore and maintain the foundations of the dam. This must be done immediately to remedy the existing imminent danger. In the longer term, however, Iraqi engineers should become responsible for the dam’s maintenance.

It is important to note that the reason we quote US and Italian sources on this subject is not because Iraqi engineers are less competent than foreign engineers, but for the more urgent and dangerous reason, that today Iraqi decision makers refuse to share the information they have concerning dangers posed by the dam and do not allow open discussion of the issue. This has been the attitude of officials overseeing dams and water in Iraq since the era of former President Saddam Hussein. The Save the Tigris Campaign believes that rather than hiding the risks, involvement of Iraqi experts in debates about how to avoid the dangers that surround Iraq’s water resources and those facing the Mosul Dam is a necessity, especially when these matters affect million of citizens.

4. Big Dams Do Not Promote Sustainable Development; Rivers Must Become be a Sources of Water, Life, and Peace

While the risks at the Mosul Dam are gaining attention, the challenges posed by other large dams in Iraq and the region are not being addressed by foreign or Iraqi officials. Specifically, the Save the Tigris Campaign believes, it is time to re-examine the dominant, development standards that have been relied upon for decades. Under these standards, large dams are seen as a source of “clean energy,” irrigation water, and jobs. But, these standards are incomplete. They do not include environmental impact assessment of large dams on a river and its surroundings, maintaining the biodiversity of the river, assuring the rights of others who share the river, and building peace among the countries and communities along the river.

One result of these incomplete criteria for development is what has happened to the Euphrates River, which is heavily dammed along its entire length and is today an environmental disaster. The flow of the river has been drastically diminished; there are water shortages in the communities along its course; and its water is severely polluted – unfit to drink or use to irrigate crops. The dams on the Euphrates are indeed weapons of war. The Tigris should not suffer the same fate.

Water knows no borders. The construction of large dams without consultation with all nations and communities along a river and without scientific studies of the impacts on the river and its environment is reckless. The Save the Tigris Campaign is deeply concerned that decision-makers in Turkey, Iraq, Iran and Syria not only rely on outmoded and insufficient standards, but they think the same way! The Mosul Dam on the Tigris has become a deadly weapon of war, the future may bring even greater risks.

Today, Turkey is two years away from completing the Ilisu Dam, the largest dam on the Tigris River. The Save the Tigris Campaign proclaims it is time to find alternatives to these large dams, alternatives that consider rivers, in addition to being sources of water and life, as sources of peace building and coexistence among all the people of the region, regardless of their nationality or religion. 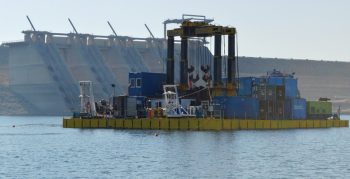 Trevi return Mosul Dam to the Iraqi technicians, but this dam is effectively a construction project that never ends 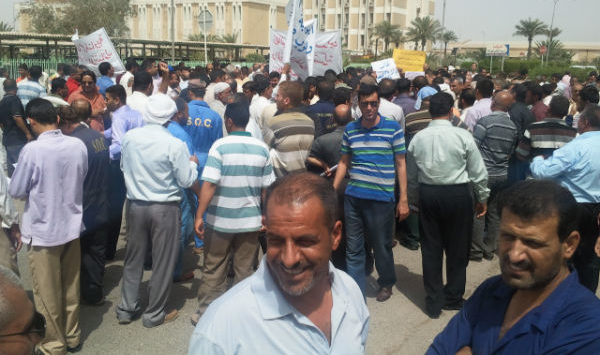