Three diplomatic missions left Iraqi Kurdistan over the last fortnight. But they only served to demonstrate the political infighting in the northern region to the rest of the world.

In early December three different delegations left the semi-autonomous region of Iraqi Kurdistan for international destinations. The diplomatic missions had a variety of aims. The first was headed by the Iraqi Kurdish President, Massoud Barzani, and was heading for the Gulf states, including Saudi Arabia.

The second was headed by the Speaker of the Iraqi Kurdish Parliament, Yusuf Mohammed, and went to Europe. And the third was a delegation from the region’s Ministry of Peshmerga, which oversees the Iraqi kurdish armed forces; this group went to Italy.

And while each of the delegations had different missions and destinations, they did have one thing in common. All three had representatives of institutions and positions that are, if not non-existent, then definitely uncertain. The other thing they had in common was what they were displaying to the rest of the world: The symptoms of a serious political rift inside Iraqi Kurdistan that would not help the Kurdish in any of their goals, whether that was financial or military assistance from other countries or whether it was increasing independence from Baghdad.

With regard to Iraqi Kurdistan’s President, Massoud Barzani’s term in power was supposed to finish in mid-August this year. Apart from his own political party – the Kurdish Democratic Party, or KDP – no other political party has (as yet) legitimized his remaining in power. The conflict has all but paralysed the democratic process in Iraqi Kurdistan.

Partially as a result of this, recent protests in the Iraqi Kurdish city of Sulaymaniyah turned violent. The KDP blamed the region’s largest opposition party, the Change movement, and then, using local military, stopped a leading member of this party, Yusuf Mohammed, who was made Speaker of the Iraqi Kurdish Parliament as a result of the region’s power-sharing government, from going to work. Other elected members of the Change movement have also been forbidden to enter the region’s capital, Erbil, where the Parliament is based. News agency Reuters described the political moves by the KDP as part of the “the worst political crisis in years” here.

As for the Ministry of the Peshmerga, this body was also a victim of Iraqi Kurdistan’s political problems because it had been overseen by Mustafa Sayid Qadir, also member of the Change movement. Qadir was made Minister of Peshmerga Affairs during negotiations to form the power-sharing government in 2014. But because he too was not allowed to enter Erbil, the job of heading the delegation was given to KDP member, Karim Sinjari, who is acting as Peshmerga Minister and who is also Iraqi Kurdistan’s Minister of the Interior.

There were a lot of rumours floating around Iraqi Kurdistan about Barzani’s visit to the Arab states of the Persian Gulf. Locals speculated that the KDP was being given a large sum of money so that the Kurdish would support Iraq’s Sunni Arabs, who are enmeshed in the security crisis further south in Iraq. A statement issued by the Iraqi Kurdish President’s office said that Barzani’s main aim in visiting Riyadh was to discuss the current political situation in Iraq.

Meanwhile Yusuf Mohammed was visiting Brussels, in Belgium, “at the official invitation of the European Parliament”, his spokesperson, Kamaran Subhan, said. In a speech he gave to the European Parliament, Mohammed said that there were certain militia-like forces in Iraqi Kurdistan who considered themselves above the law – this was a not-so-subtle reference to the fact that security forces acting on behalf of the KDP had kept him and other elected members of his party out of Erbil. Mohammed also said that representatives of the Iraqi Kurdish government in Europe were trying to meddle in his visit. The latter then issued a statement denying they were doing anything to hinder the visit of Mohammed, whom they described as a representative of the Change movement, rather than as the Speaker of the Iraqi Kurdish Parliament. The same statement also said that Mohammed was trying to paint a misleading picture of the political situation in Iraqi Kurdistan.

Mohammed’s European visit definitely made some impact. The German government has long been seen as friendly to the Kurdish and after meeting with Mohammed, German politician, Claudia Roth, a leader of the German Green Party as well as Vice President of the German Parliament, the Bundestag, wrote on her Facebook page: “[The Kurds] are an important part of the peace and stability in this region,” Roth wrote, after acknowledging the Kurdish part in the fight against the extremist Islamic State group. “But I have great concerns because of the political infighting in Iraqi Kurdistan, where the parliamentary process is currently suspended. The political conflict in Erbil should be resolved on the basis of existing democratic rules, formulated by the Kurdish people themselves after so many years of disenfranchisement and hard fighting.”

Obviously this kind of statement from foreign supporters of Iraqi Kurdistan would not make the politicians back home happy. Most Kurdish analysts believe that the situation must be resolved.

“The war on terrorism is increasing the number of international friends that Kurdistan has,” Ribawar Karim Mahmoud, a professor of political science at the University of Sulaymaniyah in Iraqi Kurdistan, told NIQASH. “But foreigners know that the region isn’t united within itself – and the different diplomatic missions by Barzani, Mohammed and the Peshmerga Ministry are proof of that split inside Kurdistan. The fact that the visits were not coordinated at all are a sign of trouble inside the Kurdish house. Everybody in this region bears responsibility for this mess,” he argues. 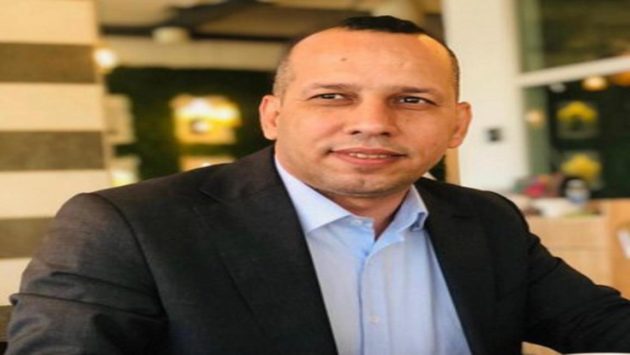 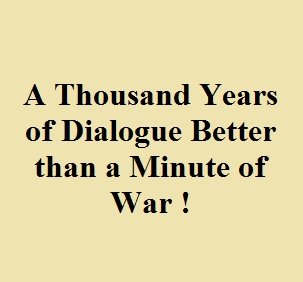 Statement on the Kurdish Referendum from the Peace and Freedom Organization