These measures include doing away with the positions of vice president of the republic and deputy prime minister, ending special allocations for the presidency, governmental bodies and institutions, reopening past and current cases of corruption and placing them under the supervision of a supreme committee to combat corruption, and tasking a number of judges to investigate the cases and prosecute corrupt persons.

People have been calling for the realization of their demands for some time. Protests took place on more than one occasion in various cities, including demonstrations in Dhi Qar province south of Baghdad in February 2014 that called for improved services, especially electricity. Thousands of protesters also took to the streets in Basra on Aug. 7, 2014, demanding reform and the fight against corruption.

When the government did not respond to calls for improved services, people then demanded comprehensive reform.

However, this does not necessarily mean that their demands will be implemented on the spot, especially in a country suffering from complex crises at all levels, political divides, economic collapse and an ongoing, raging war against the Islamic State (IS), which controls large swaths of Iraq’s territory.

Some political analysts said that while the adoption of the reform packages was important, what was extraordinary was that Iraqi politicians actually found themselves having to make serious and comprehensive reforms and were forced to concede high offices and political and financial benefits.

This perhaps was the first time that the government has listened to the demands of protesters by offering practical reforms. Since 2003, no leaders of federal and local governments had announced serious reform steps until this month. They had only made promises, which led to the Iraqis losing all hope that services would improve.

The implementation of the reforms on the ground could either happen through creating appropriate mechanisms and enacting legislation, or may be hindered by legal complexities and red tape. It is likely that the political differences between the parties and blocs as well as security requirements may disrupt the implementation of reforms. Thus, there is still a risk that people’s demands will not be met.

What is needed at this point is an initiative by the political forces to call on parliament to form working groups, request experts from outside parliament and even from international programs and institutes such as the United Nations Development Program’s Global Anti-Corruption Initiative or the American Anti-Corruption Institute (AACI) that are able to provide a carefully thought-out roadmap for reforms. This is not to mention the need to spot the defects in Iraq’s administrative, political, financial and security systems, knowing that these weaknesses are visible and have been the subject of study for years at all levels.

Abadi ought to be prompt in forming serious and fair working groups to set the wheels of the reforms in motion, and to look for the best shortcuts to bring about change on the ground.

Abadi can accelerate the implementation of the reforms by winning further support of the religious authorities, which have so far supported the reforms he decided on, and by obtaining the approval of the political blocs. It is worth mentioning that some reservations on these reforms were expressed by Vice President Ayad Allawi and Vice President Osama al-Nujaifi, who considered the reforms a violation of the constitution.

The government has major challenges to face in its implementation of reform measures, given the size of the problems in the state’s structure, disintegrating institutions, the confusion and inconsistency of laws and management’s instructions, and the deep-rooted corruption even in state regulatory systems.

The difficulty of this task lies not only in the lack of required professional and scientific experts to deal with the situation — especially in light of the major brain drain in all domains during the past decade — but also in the will of Iraqi politicians to adopt the philosophy of reform in the interest of unity and society.

The fate of Iraq’s reforms depends on four basic criteria. First, Iraqi political forces ought to prove their ability to adopt reforms of their own accord, as opposed to being forced to do it under pressure by the Iraqi people.

Second, the Iraqi government ought to adopt a meritocratic system when filling leadership positions, away from sectarian and party quotas; this could boost the judiciary system in its fight against corruption.

Third, people must continue exerting and increasing pressure so that their demands can be met.

Fourth, there ought to be regional and international support for Iraq’s reforms, which necessitates achieving appropriate political and economic support in this phase to help Iraqis in reaching their goals.

It is impossible to assume that a tangible outcome for the newly adopted reforms will be seen within the government and parliament. However, with goodwill and an objective and unified effort in addition to ongoing popular pressure, new doors to recovery could be opening for Iraq. 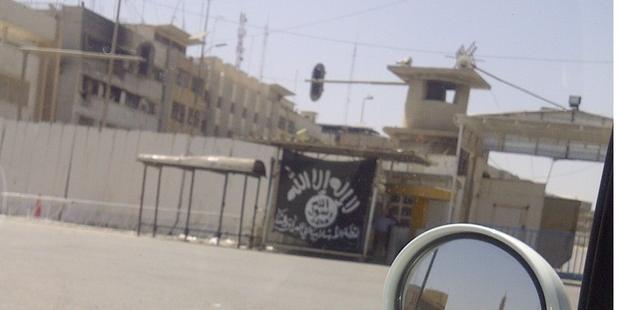