“The league is no longer worried about its electronic archives, and we are now much batter able to communicate with our followers” This sentence summarizes the extent of the benefits realized from the emergency grant obtained by the the Azidi Solidarity and Fraternity League (ASFL), an Iraqi non-governmental organization. The ASFL relaunched its website after confronting and overcoming many of the obstacles it’s faced in recent years.

Since it was founded in 2003, the Azidi Solidarity and Fraternity League has been one of the most important and longest standing Iraqi organizations working for the rights of minorities. The league was a target for hacking attacks due to its humanitarian activism, and its vigilant monitoring of human rights violations. After the crisis in Mosul, the league office in the town of Bashiqa was attacked by gangs of Daash fighters, who vandalized the office eventually forcing the staff to flee to Erbil and Dohuk. Thus, even in light of this senseless assault, ASFL activists did not give up their work but persevered, opening an alternative office in the city of Dohuk. The League has since turned its attention to the important task of improving the protection of its information, and applied for an emergency grant to secure its electronic data and repair and redesign its website (new website). Because of this grant, the League was able to purchase computers and other materials needed to restart its work and continue its activities.

After the crisis in Mosul, the ASFL has been active in the documentation of cases of victims of Daash, both survivors, and women who have been kidnapped. Today, the league has built up a substantial and important archive recording the crimes committed by Daash.

The ASFL periodically publishes its activities and projects on its Facebook page. It is eager to network with organizations that deal with the rights of minorities and support civil society, such as the Alliance of Iraqi Minorities, the Iraqi Social Forum, the Civil Society Initiative and Iraqi Al-Ammal Organization. These name only a few of the many local and international organizations which have worked in partnerships with the League.

The grant obtained by the League is a part of the “rapid response fund” initiative which supports human rights defenders and those who need urgent assistance relating to digital communication or protection on the Internet. This response fund is part of a project aimed at “promoting human rights culture on the Internet and establishing digital security by supporting human rights defenders’ capabilities and empowering them to build networks in the Maghreb and Mashreq regions.” It is funded by the European Commission and the European Union. 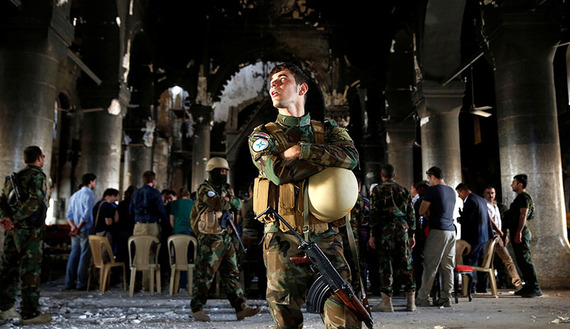