By Toon Bijnens, Save the Tigris and Iraqi Marshes Campaign/ICSSI

Although the construction of Ilisu Dam is nearing its completion, the situation for the residents in the town of Hasankeyf – set to be flooded once the dam is in operation – is as unclear as ever. Recently, a protest rally took place in the town on May 31 in which more than a hundred people participated. The protest was aimed at a declaration issued by the Turkish government on May 5, regarding the resettlement plan for Hasankeyf. The declaration sets the eligibility requirements for housing in the new Hasankeyf settlement. However, it unjustly excludes a large portion of the population, hereby violating international law according to Hasankeyf Matters.[1] The declaration had not been approved by parliament. The Initiative to Keep Hasankeyf Alive, a broad environmental movement in the Kurdish region of Turkey and a partner of the Save the Tigris Campaign, responded against the declaration with a lawsuit initiated by two inhabitants of Hasankeyf at the Batman Administrative Court.[2] The idea of the lawsuit is to delay the resettlement issue – at least for some months. IMC TV, a nation-wide leftist-progressive TV channel based in Istanbul, broadcasted a 20 minute-program on the current protest in Hasankeyf and the lawsuit. The channel mentioned the water crisis in Iraq, which Ilisu Dam would exacerbate to a great extent. Not surprisingly, no politicians of the AKP (the current ruling party in Turkey and in Hasankeyf) were present during the protest, considering the dam is one of Erdogan’s prestige projects (other main Turkish parties such as the secular CHP and the nationalist MHP are only very minor players in the Kurdish region). The only party that did send two politicians to speak, was the left-wing/progressive HDP. Both politicians were candidates for the June 7 parliamentary elections.

During these historical elections, the ruling AKP lost its majority while the Pro-Kurdish HDP secured a large number seats, hereby for the first time entering the Turkish parliament. The HDP is in fact a union of various leftist movements, including the Turkish green party, in order to bypass the 10% election threshold. It has at times been compared to radical left-wing European parties such as Syriza or Podemos.[3] The party has broadened its appeal well beyond the Kurdish issue, reaching out to all minorities who feel excluded by the AKP, among which environmentalists. The HDP is strongly against Ilisu Dam and prioritizes the protection of environment. Its leader Selahattin Demirtas was a presidential candidate in 2014. While joining a bicycle tour in July 2014 to attract public attention to the fate of Hasankeyf, he proclaimed “If I became the president, I would take steps to halt the Hasankeyf and Munzur [projects], all the unnecessary hydroelectric power plants, all plants that destroy nature and rivers in the Black Sea.”[4] Speaking at a rally for the 2015 parliamentary elections in Batman on June 2, Demirtas reiterated those views as he mentioned the issue of Ilisu Dam. Even European green parties, such as the British, French and German Greens, called upon people in Turkey to vote for HDP, to “stop dam projects such as Ilisu Dam”,[5] as a statement of the French Greens read.

Prior to the June 7 parliamentary elections, to learn more about the opinions of the big four contesting political parties (AKP, CHP, MHP and HDP) on Ilisu Dam, The Initiative to Keep Hasankeyf Alive sent a questionnaire consisting of 12 questions on Ilisu Dam and its impact to all candidates of the four big parties in the five affected provinces (Batman, Siirt, Diyarbakir, Mardin and Sirnak). Only the HDP in Batman province – where Hasankeyf is located – replied.[6] The other main established parties confirmed their indifference to the destructive ecological and social impact of Ilisu Dam. Responding to the questionnaire, HDP Batman recognizes the significant value of Hasankeyf and identifies several key issues regarding the impact of Ilisu Dam: current lack of housing for expropriated people, the need for improvement of irrigation methods in agriculture in order to save water, and the right to water for the people of Iraq, at the downstream end of the Tigris River. HDP Batman calls the current dam policies “brutal” and “unnecessary”. Now that the party has powerful representation in the Turkish parliament, it vows to work on the issue and to oppose the Ilisu Dam, ultimately aiming for Turkey to abandon its current dam policies. With the HDP securing 13% of all seats, Greens and in particular those who openly oppose dam projects such as Ilisu are for the first time represented in the parliament. There are now representatives in the legislature who question the destructive dam policies of the current government. As such, the HDP entering parliament is a positive development for the environmental and anti-dam movement in Turkey and in Iraq. Its MPs publically recognize the right to water for the downstream neighbors across the border. Iraq may now find actual political allies against Ilisu Dam in the Turkish parliament. 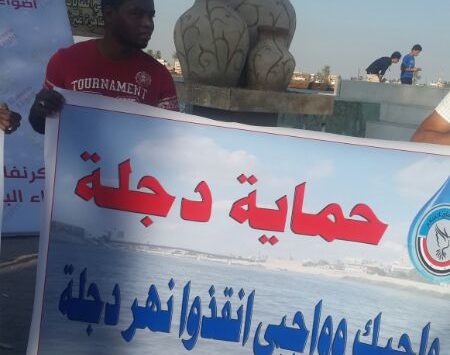 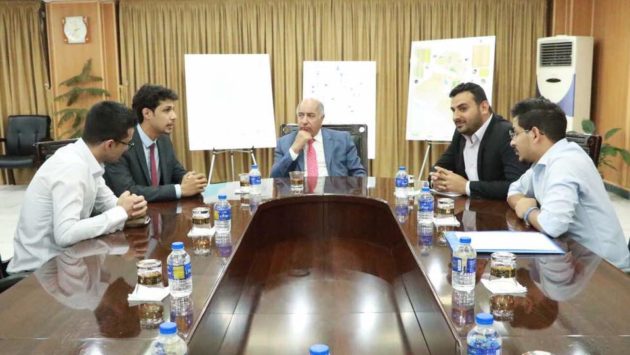