In his First Newspaper Interview, Robert Hecht, The World’s Leading Dealer in Antiquities, Talks to Geraldine Norman in Defence of his Trade
Independent – Geraldine Norman

IN 1972 Robert Hecht bought a hatbox full of Greek vase fragments, had them glued back together and sold the resulting vase to the Metropolitan Museum in New York for dollars 1m, the highest price that had ever been recorded for a work of classical antiquity. The vase, with only a chip or two missing, depicted the death of Sarpedon, a son of Zeus killed in the Trojan wars, and was painted c 510 BC by Euphronios, the Rembrandt of Greek vase painters.

A major international scandal ensued. The Italians, claiming the vase had been dug up at Cerveteri, near Rome, and smuggled out of Italy, issued a warrant for Hecht’s arrest in April 1973 – only to rescind it six months later when they found that the evidence against him was both ‘insufficient and disputed’. The Americans held a Grand Jury investigation and ended up accepting Hecht’s own story: that he had bought the contents of the hatbox from a Beirut dealer in Switzerland.

Hecht, now 75, has remained the world’s leading purveyor of great antiquities to collectors and museums. You might expect trade in the art and artefacts of ancient civilisations to be a civilised affair, but the most important treasures that come on the market have almost all been dug up illegally at dead of night and smuggled out of their countries of origin. Recent court cases and exhibitions – the George Ortiz collection at the Royal Academy, for example – have focused public attention on this murky world. It is, however, little understood and, according to Robert Hecht, constantly misrepresented in the press.

Hecht, who is American but lives in Paris, recently agreed to talk to me – the first newspaper interview he has ever given – in an attempt to counter what he considers a tide of misinformation. While many people may take issue with Hecht’s view of the morality of the trade, it is sincerely held and based on a simple assumption: what really matters is the preservation and study of ancient art, not where it comes from.

Hecht is a mix of scholar, connoisseur and adventurer. He has an unerring ability to spot fakes – in which, both old and new, the antiquities trade abounds; he also has a remarkable eye for quality. His knowledge spans a far wider field than that of most academics, who all have to specialise.

He has short white hair fringing a bald pate and walks, bent forward, with a limp – though he doesn’t allow an artificial hip to prevent his playing tennis, for which he has had a lifelong passion.

His family started the Hecht chain of department stores and he grew up in Baltimore. He learnt Latin in high school, started Greek at college and had begun graduate courses in archaeology when he was called up in the Second World War. After the Navy, he spent a year at Zurich University working on a PhD, then won a two-year fellowship at the American Academy in Rome. But in 1950 he jettisoned academic ambitions in favour of dealing in antiquities.

That year Hecht made his very first sale – to the Metropolitan Museum in New York – an Apulian vase of the fourth century BC with red figure decoration depicting a man painting a marble statue. Classical literature describes the encaustic decoration of statues but Hecht had stumbled across the only known representation of how it was done. How did he find it? ‘I went to Basle to buy some coins from a Munzen und Medaillen auction and met this Italian who showed me a photograph.’ He bought it in Switzerland, of course.

Over the following years Hecht became known as a buyer and objects were offered to him without his having to seek them out. He is adamant that his business has always been both ‘morally fair’ and legal. He has never personally smuggled antiquities – he buys in neutral territory, such as Switzerland or Germany – and vigorously defends the trade against its detractors, blaming unworkable laws for present problems. Most of the countries where classical civilisations flourished ban exports of antiquities and pay meagre compensation when finds are handed in. Most of them ban private ownership of antique artefacts. ‘If a man can get dollars 100,000 for an object immediately or hand it in and maybe get dollars 30,000 in three years time, you don’t have to be a genius to figure out which he’ll choose,’ Hecht says.

‘If you’re going to say that unsupervised excavations and exportation of archaeological objects is illegal, I should reply that it’s an imperfect world and we just have to make the best of it. If those things find their way to collections that are exhibited, whether private collections or museums, the world is going to profit. Although we will not know the context of the pieces, we still have their beauty to enjoy and can make scholarly comparisons. Perhaps the world would be more perfect if all these things were found by supervised excavations. But they’re not. They never have been.’

The high prices foreign dealers and collectors pay are often said to encourage illegal excavations and I asked him what he thought of this argument. The answer was explosive: ‘Tommyrot] If the objects were not exported they’d be hidden away in local collections. Instead, we have had the Leon Levy and Shelby White collection exhibited at the Metropolitan Museum, New York, the George Ortiz collection at the Royal Academy, London. This autumn the Fleischman collection will be shown at the Getty and Cleveland museums – and there are many other collectors who lend to exhibitions.’ In this way, he argues, great objects are cared for, studied, published and shown to the public.

I also asked him about the theory that the antiquities market is now Mafia controlled. He said it was untrue. ‘There is not enough money in antiquities to interest the Mafia – I can think of only about 12 pieces that have ever topped the million dollar mark.’ He explained the way the antiquities market works: villagers find the material, either by chance or with metal detectors; they sell their material to middle men who are in touch with the villages; the middle men consign it to ‘shippers’ who get it out of the country of origin by paying off customs officers. ‘Signor Greasa da Palma does the actual smuggling,’ he says.

While Hecht has many friends among archaeologists and academics in classical lands, he is treated with suspicion by the authorities. In 1961 the Italians accused him of trafficking in antiquities, but no proof was forthcoming and the case was dropped. Then in 1973 they declared him persona non grata, over the Euphronios vase affair, and he was not allowed back into Italy until 1982.

He has also had a couple of brushes with the Turkish authorities. On an internal flight from Izmir to Istanbul in 1962, he took out some Roman bronze coins he’d bought in the bazaar and began to clean them; the stewardess told the captain that there was a passenger with antique coins and the captain radioed the police to meet Hecht on the tarmac. The coins were removed from him for three days until a magistrate heard his case and pointed out that no Turkish law had been violated. Six years later, when he flew into Ankara, the authorities wouldn’t let him into the country; no reason was given and the ban was not lifted until 1980.

These irritations have not affected his ability to do business. As a fellow scholar, he rubs along easily with museum curators and has sold to the British Museum, the Louvre, Munich, Berlin, Boston and most of the major institutions that collect antiquities. Only the British Museum now refuses to buy pieces which have no ownership history and thus could have been smuggled.

He has also rendered anonymous assistance to museums in Italy, Turkey and Greece. From time to time, known and recorded items that have been stolen, perhaps years before, turn up on the international market. Hecht’s policy, if he discovers he has bought a stolen object by mistake, is to have it delivered anonymously to the relevant embassy in Berne.

Besides antiquities, Hecht’s major interests are his family – a wife and two daughters – tennis, claret and backgammon. He has a great facility for enjoying life. Indeed, one of the secrets of his success as a dealer is the way he can convey the sheer fun of collecting antiquities. He showed me a helmet made for one of Alexander the Great’s generals – the most complete example currently known – and let me try it on. While Hecht went to look for a camera, his assistant handed me a shield. 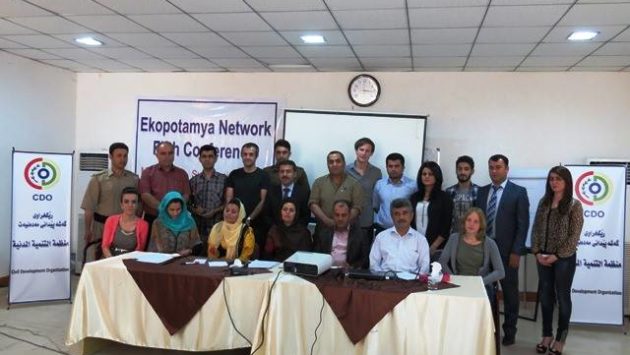 The Realities of Ilisu Dam in Iraqi Kurdistan