General Company for Ports, which is based in the province of Basra announced, injuring the largest and most active Iraqi port, a port of Umm Qasr, commercial paralyzed by a sit-General Company for Industries petrochemical staff near the entrance and cutting them off the road leading to him for the second consecutive day to protest the delay in payment of salaries accumulated monthsago.The director of the Department of Information and relations in the General Company for Ports Tigers Abdel Moneim net, “The port of Umm Qasr, commercial paralyzed almost entirely due to picket the General Company for Industries petrochemical staff,” noting that “the protesters staff cut off the road leading to the harbor in front of the trucks.” Net and pointed out that “the General Company for Ports suffered losses as a result of the protest, has been reported to the Ministry of Industry officially,” adding that “the company also addressed the local government and security forces in Basra in order to find a solution to the problem.” For his part, one of the participants in organizing sit-Nashwan Abadi said in an interview for “Alsumaria News”, “the protesters will not open the road leading to the port before to meet their demands, the most important exchange overdue salaries months ago, and transform the ownership of the General Company for Industries petrochemicals from the Ministry of Industry to the Ministry of oil, “explaining that” not one of the officials came and negotiate with us so far. ” 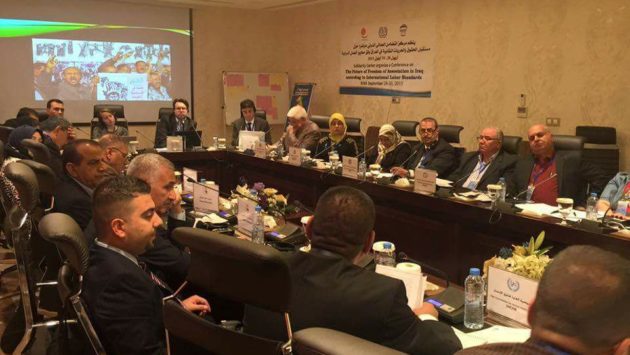