Mohamed Hanoon, the editor director of “Al-Baghdadiya News” agency says “the blocking imposed on our institution sites is a means of pressure used by the previous government because of the editorial policy of the channel and the agency”.

He added that the Ministry of Communications is responsible for the serious damage incurred for Al-Baghdadiya Foundation, especially that the blocking of its website was based on individual decisions by security officials and did not based on any orders or court decision.

The Iraqi Ministry of Communications controls the online service in the country through the General Company for Post & Telecommunications who blocked in June 13 of last year the social networking sites; Facebook, Twitter, Skype and YouTube.

Ahmed Abdul Hussein the editorial director of “Al-Qurtas News” agency express his deep anger because of the general policy of the previous government, which relies on malicious, at the time that “our agency was with the democratic system in Iraq and worked against extremism”.

Abdul Hussein, a prominent journalist,added that the reasons for blocking their news website still unknown by those responsible, and that the Ministry of Communications “denies her relationship with the issue of blocking websites and claims that the case involves a security team formed by the previous government”.

The General Company for Post & Telecommunications did not respond to JFO calls, but an official at the ministry told us that the ban taken by his ministry included (20) news websites, the websites of “Sky News” and “Al-jazeera” and “Al-Arabiya” channels and other iraqi news websites were among them. The ban was canceled on most of them with the exception of other sites that the political will wanted to block them from the security and political landscape in Iraq”.

Official in the Ministry of Communications, who declined to be named, said that a major security pressures were exerted on the General Company for Post & Telecommunications to block sites that were considered as opposition sites to the policy of the previous government and “unfortunately these sites are still blocked with the knowledge and the insistence of the same security team”.

It is noteworthy that the ban imposed by the previous government on social media websites to impede militants who seized control of the areas in the north and west of the country has continued for 17 days.

Technological expert, Ahmed Al-Moussawi, says that “Iraq who possesses no law on the websites, particularly in the press area, and this does not give the right to the Ministry of Communications or any other authority to block websites, and this falls within the restriction of freedom of expression provided by the constitution”.

He adds that “blocking websites by official bodies, does not detriment anyone as much as it detriment the reputation of the government authorities, because anyone now have the possibility of browsing and any website that is blocked by authorities through multiple programs”.

JFO believes that this is contrary to article 40 of the constitution, which stipulates that (freedom of communication and correspondence, postal, telegraphic, telephonic, electronic and other are guaranteed, and may not be monitored or intercepted, or disclosed).

JFO calls for the Ministry of Communications to cease the blocking on news websites and act immediately to re-broadcast them inside the country and harmony with calls of the Iraqi Prime Minister Mr. Haider Al-Ibadi, who said “We draw all state institutions and all military forces and security agencies to do their utmost to provide appropriate and safe atmosphere to the work of media institutions and facilitate the task of journalists smoothly and freely and express greatest degree of cooperation and attention to enable them to perform their duties in presenting the truth”. 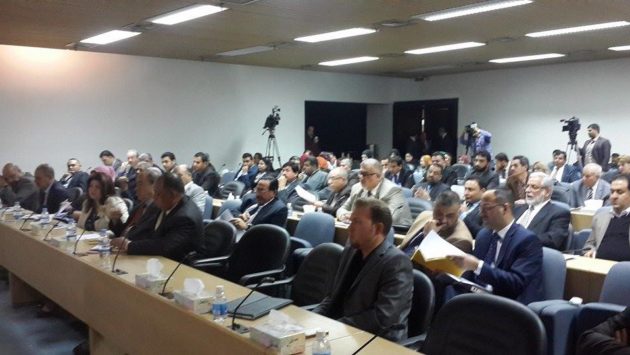 The Iraqi Coalition for Freedom of Expression Participates in Parliamentary Hearing