BAGHDAD/GENEVA (13 July 2015) – A UN report released Monday shows that the conflict in Iraq continues to take a terrible toll on civilians, with at least 15,000 killed and 30,000 injured since January 2014. Widespread human rights violations and massive displacement continue unabated throughout the country. The report, compiled by the UN Assistance Mission for Iraq (UNAMI) and the Office of the High Commissioner for Human Rights (OHCHR), covers the period from 11 December 2014 to 30 April 2015. It is based on investigations on the ground and testimonies from victims and witnesses, including internally displaced people.

The report shows that the situation of civilians in areas under the control of the so-called Islamic State in Iraq and the Levant (ISIL) remains dire. “Civilians continued to be murdered, often in grim public spectacles,” it says.

Those perceived to be opposed to ISIL ideology or affiliated with the Iraqi Government or its security forces have been systematically, abducted, killed or targeted in other ways. Journalists, lawyers and doctors have also been specifically targeted, the report says.

Members of ethnic and religious communities under ISIL control continue to be persecuted. As many as 3,500 members of the Yezidi community remain in ISIL captivity, enduring physical and sexual violence as well as degrading treatment on a daily basis. “These acts appear to form part of an on-going policy that aims to suppress, permanently expel, or destroy many of these communities within ISIL areas of control,” the UN report says.

Reports also indicate that, in ISIL-controlled areas, people are being persecuted on the basis of their perceived sexual orientation. On 8 March, ISIL beheaded two individuals accused of homosexuality and a third for blasphemy in the Bab al-Toob area of Mosul.
Forced recruitment by ISIL forces, including of children, continues in several governorates, including Anbar and Ninewa. The report shows that some children are taken to training camps in Syria, where they are taught how to use weapons and “deal with” prisoners.
Many of these acts constitute violations of international law, some of which may amount to war crimes, crimes against humanity, and possibly genocide, the report says.

The report also documents violations committed by the Iraqi Security Forces (ISF) and affiliated forces, including airstrikes and shelling which, at times, may have violated the principles of distinction and proportionality and the obligation to take all feasible precautions to protect civilians from the effects of attacks. The extent of the Government’s command and control over associated forces remains unclear.

The report notes that some affiliated forces have reportedly conducted attacks and reprisals against civilians perceived to be supportive of ISIL.

The Special Representative of the UN Secretary-General for Iraq, Mr. Jan Kubis, deplored the heavy toll the conflict continues to take on Iraqi civilians. “UNAMI continues to have grave concerns for the thousands of civilians subjected to human rights violations on a daily basis, particularly by ISIL,” Mr. Kubis said.

“Parties to the conflict are required by international human rights law and international humanitarian law to prevent such violations and abuses from taking place and to ensure that civilians are spared to the fullest extent possible from the ongoing violence,” the Special Representative said.

The UN report also devotes an in-depth annex to the 12 June 2014 Camp Speicher incident, during which some 1,700 cadets were killed by ISIL fighters. Drawing on detailed interviews with 12 survivors, it describes how most soldiers were captured at ISIL checkpoints after leaving the camp on the orders of their commanding officers.

“A significant number were taken to a location near the [Tikrit] Palace in a valley near the river and systematically shot as they lay in trenches that had been dug by bulldozers. Others were taken to a location near the river and were shot there, and their bodies thrown into the river,” the report says. It also cites one interviewee who “claimed to have seen a pile of decapitated bodies in a bathroom” in the former presidential palace in Tikrit, and others who said they were kept in “holes.”

“The magnitude and brutality of the Camp Speicher massacre was exceptional,” said UN High Commissioner for Human Rights Zeid Ra’ad Al Hussein, noting the continuing anguish of the relatives of the victims who continue to stage protests demanding more action by the Iraqi authorities.

“It is important to recognize the plight of the survivors and the families of victims and their courage in refusing to let the issue of what happened be set aside,” he said.

The High Commissioner asked the authorities to ensure that any trials conducted in connection with this massacre are competent, independent and impartial, and respect due process and international fair trial standards. While ensuring that there will be no impunity for terrorist acts, he stressed the need to conduct trials without prejudice to the rights of suspects. Effective criminal prosecution in compliance with international standards is fundamental to ensure that justice is done, and is seen to be done, both for the victims of crimes and for those accused of perpetrating them.

Zeid once again urged the Iraqi Government to join the Rome Statute of the International Criminal Court or to accept the exercise of its jurisdiction with respect to the current situation in the country.

The full report is available at:
www.ohchr.org/Documents/Countries/IQ/UNAMI_OHCHR_4th_POCReport-11Dec2014-30April2015.pdf
Source: UN OHCHR 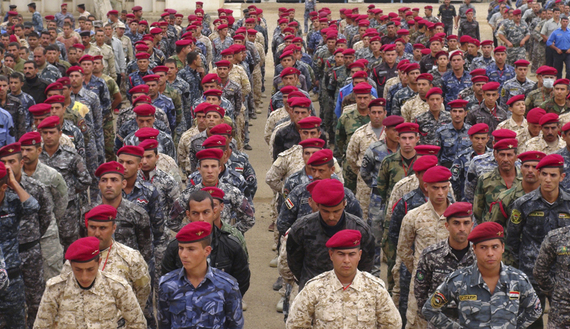 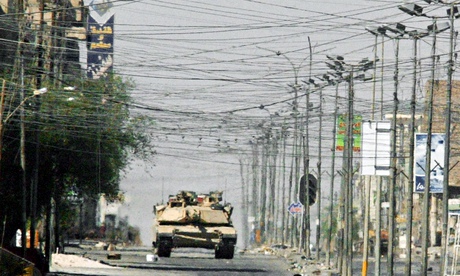 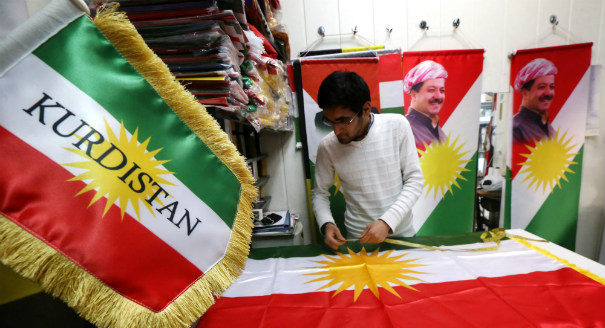