Statement adopted by “US Labor Against the War” Steering Committee, June 25, 2014

A majority of working people opposed the Iraq War and participated in the eight year struggle to end it. We felt great relief when the last troops departed Iraq in 2011.

U.S. Labor Against the War opposes any U.S. military intervention in Iraq, whether that be with weapons, drones, missiles, bombs or troops, including Special Forces “advisors”.  At the same time, we abhor the sectarian violence that is wracking the country, and are appalled at the humanitarian crisis that deepens by the day in Iraq.

Can sectarian divisions in Iraq be overcome? One need look no further than the Iraqi labor movement, which has operated since the demise of the Hussein regime on the basis of non-sectarian solidarity and mutual respect. Unions in Iraq welcome all workers as members without regard to their religious, ethnic and cultural identity or national origin. When unions and other civil society organizations are allowed to operate free of government interference and repression, the wounds of sectarian division can begin to heal.

USLAW agrees with Falah Alwan, president of the Federation of Iraqi Workers and Unions in Iraq (FWCUI), who recently said:

“The working class in Iraq is the common force that exists across the county, from the north of Kurdistan to the furthest points south. It is this force whose very existence and survival depends on the eradication of discrimination and the unification of the Iraqi people. This is the only force that can end fragmentation and division.

“We reject US intervention and … also stand firmly against the brazen meddling of Iran.

“We stand against the intervention of Gulf regimes and their funding of armed groups, especially Saudi Arabia and Qatar.

“We also reject armed terrorist gangs and militias’ control of Mosul and other cities. We agree with and support the demands of people in these cities against discrimination and sectarianism.

“Finally, we reject the interference of the religious institution and its call for indiscriminate warfare.”*

USLAW recommits itself to defend and act in solidarity with the Iraqi working class and labor movement in its quest for a non-sectarian, tolerant, egalitarian, democratic and prosperous Iraq that is at peace with its neighbors and at peace with itself.

There can be no military resolution to the conflict in Iraq and intervention of the U.S. will only add to the suffering while prolonging the hostilities. The conflict will end when Shiites, Sunnis, Kurds and Christians negotiate a durable just power-sharing arrangement that promotes mutual respect and tolerance rather than sectarian division and enmity. There is no role for the U.S. in those negotiations. U.S. involvement should be limited to providing generous humanitarian aid and reparations for the destruction wrought by U.S. military operations.

The roots of the present crisis in Iraq can be traced to the U.S. occupation. While the neocons dominated the U.S. foreign policy establishment, an overwhelming bipartisan Congressional majority voted to authorize the Iraq War. The neocons now seek to deflect responsibility for the consequences of their policies by pointing to “age old religious sectarian schisms,” but there had been no violent conflict between Shiites and Sunnis until the U.S. occupied Iraq. George Bush sent Paul Bremer to Iraq to set up the occupation authority. He pursued a ‘divide and rule’ policy that pitted Shia against Sunni against Kurds to create and exploit social, economic, tribal, cultural and religious differences. The present crisis is the bitter fruit of that near-decade long military intervention. The crisis in Iraq has a “made in America” stamp all over it.

The very same figures who took us into the Iraq War are today calling for U.S. military intervention again in light of growing sectarian violence that threatens to plunge Iraq into civil war. They blame militant jihadists and depict the unfolding conflict as a “takeover” by the Islamic State of Iraq and the Levant (ISIS) bent on establishing a caliphate in which their extreme interpretation of Sharia law will prevail across what are now Iraq, Syria, Lebanon, Jordan and Palestine. But ISIS’s military success has been possible only because it enjoys the support of disaffected Sunnis, former members of the Ba’ath Party and others who have been marginalized and ruthlessly repressed by the autocratic corrupt U.S.-installed al Maliki regime.

U.S. missiles, bombs, drones and Special Forces ‘advisors’ will do nothing to resolve the conflict in Iraq but will rekindle Iraqi hatred of the U.S. and entangle the U.S. once again in the internal affairs of Iraq. It will put American troops in harm’s way and inevitably lead to more U.S. casualties. Three hundred U.S. advisors can not accomplish what 165,000 U.S. troops could not.

We call on USLAW affiliates, the American labor movement and its social allies to demand NO U.S. military intervention in Iraq. Build America, don’t destroy Iraq. Create jobs here not refugees and casualties there. Respect Iraqi sovereignty and the right of Iraqi people to self-determination. 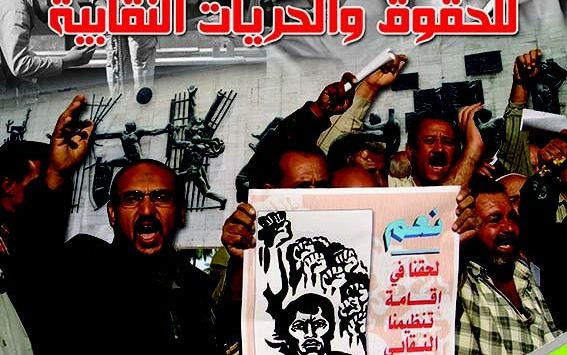 Letter from Iraqi Unions to Leaders of Parliament