For months, NGOs and UN agencies operating in different parts of Iraq have been calling upon the international community to refocus attention towards the overwhelming scale of the humanitarian needs that exist inside the country. The Anbar crisis has for more than six months posed an almost unmanageable burden upon the emergency response capacities of aid and relief agencies due to a critical lack in funding that has emanated from a clear down-grading of Iraq from the list of priorities on the international humanitarian agenda. This de-prioritisation must urgently be brought into question as the security crisis in the country has reached a breaking point which, if surpassed, will overwhelm the capability of aid agencies to respond given the burden of financial constraints. In a recent UN Security Council Press release, Member States were encouraged to support the Strategic Response Plan (SRP) that remains just 10 per cent funded, despite being launched over three months ago.

In the first week of June, longstanding concerns from humanitarian actors in Iraq about the potential for the Anbar crisis to expand to other strategic governorates have materialised as the cities of Mosul and Samarra, situated in the neighbouring governorates of Ninewa and Salaheddin respectively, have become the scenes of intense conflict. Armed opposition groups (AOGs) seized control of the entire Western part of Mosul and large areas of the Eastern part of the city. Reportedly, AOGs also took control over the city of Qayyarah, 140km South of Mosul, and the city of Muhallabuya, 70km to the West. They stormed prisons in the city and were able to free hundreds of inmates. In addition to a large influx of citizens from Mosul to the Kurdistan Region of Iraq (KRI) and Zommar city in North-West Mosul, there are growing concerns from cross-sections of communities in Salaheddin about their own safety and whether they should also flee before being caught up in the expanding conflict.

Accounts vary as to the exact number of casualties from Mosul but according to the local authorities more than 100 individuals have been killed so far in fighting. The UN has projected that the estimated 500,000 people displaced this year in conflict is likely to climb significantly over the coming weeks and months. Growing humanitarian needs will increase the pressure felt by aid agencies who are concerned about the sustainability of the under-funded collective response. Initial estimates from the International Office for Migration (IOM) are that there are already around 500,000 additional displaced individuals as a result of the recent outbreak of fighting in Mosul. One NCCI focal point who himself has fled the conflict in the city described the “mass displacement of citizens from Mosul from both East and West, I am currently on my way to Dohuk and have counted 50 cars in two minutes”. Another NCCI focal point cited thousands of IDPs being stuck at Erbil and Dohuk checkpoints waiting to be able to pass through. Mosques, schools and small surrounding villages on the way to Dohuk are reportedly overcrowded.

Hashim Al-Assaf, Executive Coordinator of the NGO Coordination Committee for Iraq (NCCI) stated that “results of impending assessments in Ninewa and Salaheddin by aid agencies will reveal the extent of needs in the different response sectors but there are sizeable concerns about how already limited resources and stocks can be stretched to meet new needs on the ground”. NCCI field situation reports, released to support coordination efforts on the Anbar response, continue to show significant gaps in basic needs that include food, milk, water, shelter and blankets. Access to conflict areas of Mosul and Samarra also pose a significant concern for aid and relief agencies that are planning their response because movements in these areas are clearly restricted by ongoing fighting and road closures.

Services in the conflict areas are already beginning to suffer as there are prolonged power shortages across Mosul and water shortages that are predominantly affecting those situated in Western parts of the city. Markets and shopping areas are closing in insecure areas close to the fighting and there are reports that at least one ambulance was targeted by shelling. Schools and government offices are also predominantly shut. Curfews have been called in the Eastern half of Mosul city and fleeing IDPs have not been able to take with them much more than a few clothing items and some core essentials. As aid agencies await the results of official figures emanating from needs assessments, the efforts of humanitarian actors to highlight the impact of the devastating developments will continue. One question remains, which is: exactly how desperate does the situation need to become inside Iraq for the humanitarian crisis to receive the international attention that NGOs and the UN agencies have long been calling for? 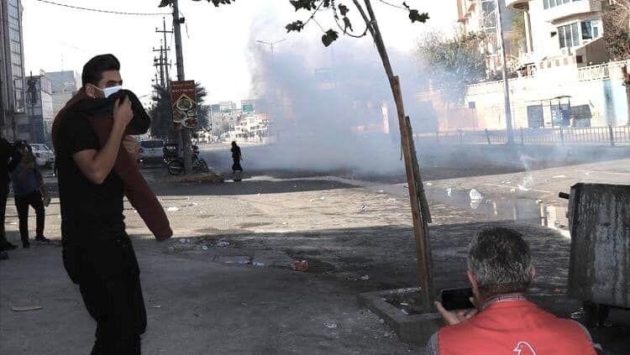 Targeting of Journalists and Media Workers During August 6 Demonstrations in Iraqi Kurdistan. 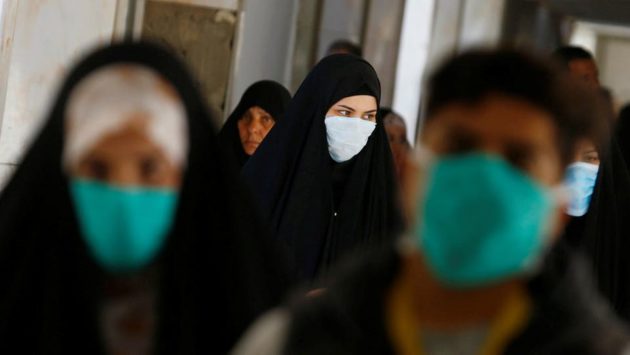