(Baghdad) – Iraqi government forces battling armed groups in the western province of Anbar since January 2014 have repeatedly struck Fallujah General Hospital with mortar shells and other munitions, Human Rights Watch said today. The recurring strikes on the main hospital, including with direct fire weapons, strongly suggest that Iraqi forces have targeted it, which would constitute a serious violation of the laws of war.

Since early May, government forces have also dropped barrel bombs on residential neighborhoods of Fallujah and surrounding areas, part of an intensified campaign against armed opposition groups, including the Islamic State of Iraq and the Sham (ISIS). These indiscriminate attacks have caused civilian casualties and forced thousands of residents to flee.

“The government has been firing wildly into Fallujah’s residential neighborhoods for more than four months, and ramped up its attacks in May,” said Fred Abrahams, special adviser at Human Rights Watch. “This reckless disregard for civilians is deadly for people caught between government forces and opposition groups.”

The armed groups fighting against government forces in Anbar, including ISIS, say they have executed captured Iraqi soldiers. ISIS has also claimed responsibility for suicide and car bomb attacks against civilian targets in other parts of Iraq in response to the assault on Fallujah. Human Rights Watch has found that ISIS abuses probably amount to crimes against humanity.

In Fallujah, ISIS has planted improvised explosive devices along the main highway and other parts of city, and is operating prisons in Fallujah and elsewhere, Fallujah residents said.

Six witnesses Human Rights Watch interviewed, three of them hospital staff, gave credible accounts of repeated strikes by government forces on Fallujah’s main hospital since January that have severely damaged buildings and injured patients and medical staff. An Iraqi government security officer based in Anbar, who spoke to Human Rights Watch on condition of anonymity, said government forces have targeted the hospital with mortars and artillery on 16 separate occasions.

The three hospital employees said mortar shells and projectiles had at various times struck the emergency room, the intensive care unit, the central air conditioning unit, a trailer that housed Bangladeshi hospital staff, and other parts of the hospital. The attacks injured four Bangladeshi workers, three Iraqi doctors, and an unknown number of patients, they said.

Such accounts of repeated strikes over four months, corroborated by photographs of apparent damage to the hospital, strongly indicate the hospital has been targeted, Human Rights Watch said.

All hospitals, whether civilian or military, are specially protected under the laws of war. They may not be targeted, even if being used to treat enemy fighters. Under customary international law applicable to the fighting in Anbar, hospitals remain protected unless they are used to commit hostile acts that are outside their humanitarian function. Even then, they are only subject to attack after a warning has been given setting a reasonable time limit, and after such warning has gone unheeded. Armed groups should not occupy or use medical facilities.

Witnesses and residents of Fallujah also described indiscriminate mortar and rocket attacks that have killed civilians, and damaged or destroyed homes, at least two mosques, and one school that were not being used for military purposes.

Accounts from witnesses, residents and the government security official indicate that, since the beginning of May, these indiscriminate government attacks have included the use of barrel bombs, dropped from helicopters, on populated areas of Fallujah. The Anbar-based security official said the army has been using barrel bombs since about May 2 in Fallujah, as well as in the towns of Garma, Saqlawiyya, Ibrahim Ibn Ali, and surrounding areas. “They started using them [barrel bombs] because they want to cause as much destruction as possible,” he said. “My government … decided to destroy the city instead of trying to invade it.”

Three Fallujah residents told Human Rights Watch they had seen helicopters drop barrel bombs on the residential Fallujah Hay al-Shorta neighborhood on May 8; four bombs on other populated areas on May 8 and 9; and dozens on the Hay al-Askari neighbourhood between May 3 and May 9. Another resident said he had seen five or six unexploded barrel bombs in the Hay al-Shohadaa neighborhood on May 8. Four other residents said they heard what they thought was a barrel bomb attack, based on the shattering sound and massive explosion. They described extensive destruction in populated areas consistent with damage from barrel bombs.

On May 12, Prime Minister Nouri al-Maliki’s office denied that the military had used barrel bombs in Anbar and called the allegations a “defamation campaign.” The head of the military’s Anbar Operations Command, Lt. Gen. Rasheed Fleih, also denied the charge.

Barrel bombs are unguided weapons typically constructed from large oil drums, gas cylinders, or water tanks, filled with high explosives and scrap metal to produce shrapnel, and dropped from helicopters. Barrel bombs have wide blast effects and, when deployed in populated areas, may cause substantial civilian loss of life and property. The uncertainty that barrel bombs will accurately target legitimate military objectives in populated areas probably makes their use indiscriminate, in violation of the laws of war.

According to the government, the fighting in Anbar has displaced over 70,000 families since January. The United Nations estimates that the fighting has displaced at least 5,000 families since the start of May, and other sources put this number at 10,000. Since January, the government has hindered civilians from leaving the area and humanitarian aid from reaching people inside.

The lack of functioning medical facilities and telecommunications, particularly in the Fallujah area, have hindered efforts to count the dead. Anbar’s health directorate reported that 589 people were killed and 2,494 injured between December 31, 2013, and April 30, 2014. The directorate gave no breakdown of civilian and combatant casualties. The government security official in Anbar told Human Rights Watch he estimated more than 1,000 people, mostly civilians, had died in government attacks on Fallujah, Garma and Saqlawiyya since January, but added that “there is no way to know an accurate number.”

The fighting in Anbar broke out in January between government forces and an array of Sunni anti-government armed groups, including ISIS and local “tribal” militias with longstanding grievances against the government.

A commander of the anti-government forces, whose name is withheld for security reasons, told Human Rights Watch that 11 armed opposition groups are fighting in Anbar. He said all of them except ISIS “fight under the flag” of the Anbar Military Council, a coalition of fighters affiliated with Anbar’s tribes and other armed groups. The numbers and affiliations of anti-government fighters in Fallujah remain unclear.

Some residents Human Rights Watch interviewed said opposition forces were only positioned on the periphery of Fallujah, but others said that fighters, including from ISIS, were in the city itself. The armed opposition commander said that both ISIS and fighters under the Anbar Military Council were in Fallujah, but he gave no indication of their numbers.

ISIS has frequently posted videos and photographs of its executions of Iraqi soldiers and carried out suicide or car bomb attacks against both security forces and civilians. On May 13, ISIS claimed responsibility for nine car bomb attacks in Shia areas of Baghdad that killed at least 34 people. A video posted on a website associated with ISIS said the attacks marked the beginning of a “revenge” campaign for the “aggression against our people in Fallujah.”

The United States in particular, which has sent military aid including Hellfire missiles, ammunition and surveillance drones to the Iraqi government since the Anbar conflict began, should warn Iraq that it risks losing military assistance if its unlawful attacks do not cease, Human Rights Watch said.

Foreign military aid to units with a proven record of human rights abuses should be halted, in line with US law, until the government halts its unlawful attacks and reins in abusive security forces.

“The crimes by some opposition armed groups are abhorrent, but the Iraqi government cannot use them to justify its own unlawful attacks,” Abrahams said. “Iraq’s allies should condemn the targeting of civilian infrastructure, the apparent use of barrel bombs and other indiscriminate attacks.” 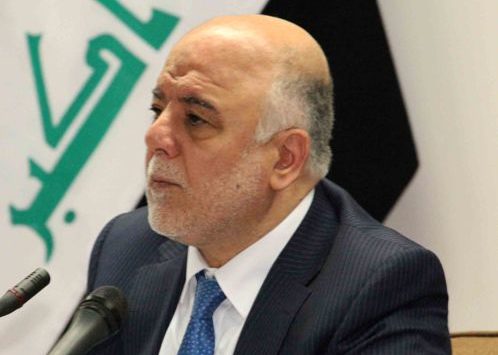 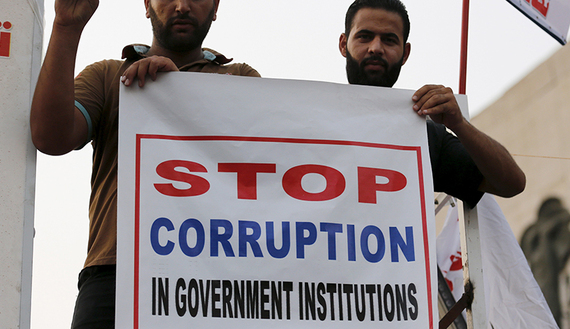