The Gulf Centre for Human Rights (GCHR) expresses its deep sorrow about the murder of Ali Karim, the 26-year-old son of prominent human rights defender Fatima Al-Bahadli, and expresses its full solidarity with her.

On 23 July 2021, after Karim left the family’s home in Basra at four o’clock in the afternoon, contact with him was cut off, and he was unreachable through his two mobile phones, at six o’clock in the evening.

At one o’clock in the morning on 25 July 2021, he was found dead, with two bullet wounds piercing his head and a third bullet wound in his chest, lying on the side of the road in the district of Al-Zubair, which is approximately 50 km from the city of Basra. Local sources confirmed that he was killed by an unknown armed gang, and all his personal belongings were stolen after his murder.

Al-Bahadli appeared in a video that went viral on social media sites, weeping over her son and chanting, “Where is the justice?” She had previously lost her first son, Ahmed  Karim, in May 2019, in a murder that the authorities considered a suicide.

Al-Bahadli, 51 years old, is the founder of the Iraqi Al-Firdaws Association, an organisation focused on protecting women and girls affected by war and promoting their role in peacebuilding. Al-Firdaws offers literacy, education and skills workshops, and works to end violence against women in areas where they are most marginalised, including rural areas.

Al-Bahadli and her organisation are working to raise awareness among community members about the impact of child marriage and dropping out of school early on women and girls, and have called on clerics and tribal leaders to recognise the important role women play in society.

Al-Bahadli also works with youth to combat the militarisation of society. She tries to prevent the recruitment of children and youth into armed groups and to instead reintegrate them into society. Because of this work over the years, Al-Bahadli has been subjected to death threats and severe social pressure from her tribe.

On International Human Rights Day, GCHR honoured human rights defenders in Iraq at its second annual awards ceremony, which was named in honour of slain researcher and journalist Dr. Hisham Al-Hashemi. At the online event, Al-Bahadli was one of nine defenders whose achievements were celebrated.

She also received the 2020 MENA Regional Award from Front Line Defenders for her efforts in defending women’s rights.

GCHR calls on the Iraqi government to carry out an independent, comprehensive and rapid investigation to uncover the group that carried out the killing of Ali Karim and refer them to trial. The authorities should provide full protection for prominent human rights defender Fatima Al-Bahadli to enable her to carry out her important human rights work. 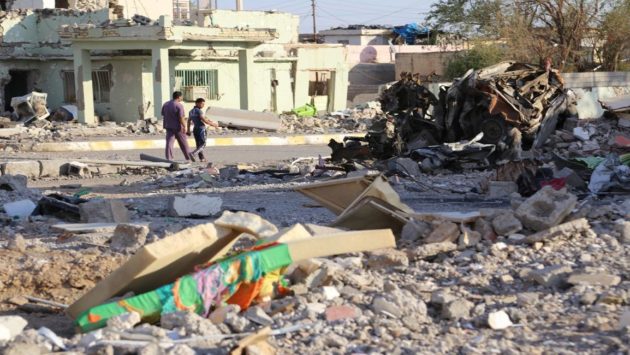 Diyala: The Everlasting Battlefield of Iraq