Reporters Without Borders is extremely concerned about the growing hostility that the Iraqi authorities are displaying towards critical journalists.

One of latest violations of freedom of information is a warrant for the arrest of Awn Al-Khashlok, the head of Baghdadia TV, and Anwar Al-Hamdani, the host of the station’s “Ninth Studio” programme, on charges of disturbing public order and inciting chaos and inter-communal violence. Both live in Egypt and have not been arrested.

Prime Minister Nouri Al-Maliki filed a complaint against Khashlok, Hamdani and the TV station after one of the guests on Hamdani’s show, former parliamentarian Mithal Al-Alussi, was very critical of Maliki, calling him “corrupt” and “sectarian.”

Although Hamdani had urged his guest to tone down his comments, the Baghdad special court for press and publications issued a warrant for the arrest of Hamdani and Khashlok on 4 March under special court provisions that were inherited from the old regime and are still in force.

“We firmly condemn this flagrant attack on freedom of information, which violates article 38 of the Iraqi constitution, and the international undertakings that have been signed and ratified by the country’s authorities,” Reporters Without Borders said.

“We urge the authorities to stop using defamation complaints in an attempt to get the judicial apparatus to gag critics. The judicial proceedings that have been initiated against these journalists must be abandoned.”

In a 15 February letter to senior Iraqi judicial officials, Reporters Without Borders and the Journalistic Freedoms Observatory (JFO), its partner organization in Iraq, voiced concern about the threat to freedom of information from this kind of draconian and unconstitutional provision.

The same special court for press and publications sentenced the journalist Zahir Al-Fatlawi to a fine of 1 million dinars (620 euros) or six months in prison on 19 March in a libel case brought by the head of the housing ministry’s assistance fund over an article on the Kitabat website about alleged corruption in the fund.

The court’s presiding judge took no account of the evidence presented by Fatlawi’s lawyers in support of the article’s claims.

As a general rule, Iraqi politicians and officials of all political colours do not hesitate to exploit the Sunni-Shiite religious divide in order to fuel tension and justify violations of fundamental freedoms, including freedom of information.

An example of this was the decision by parliamentary president Usama al-Nujayfi, a member of the Sunni opposition to Maliki, to deny state-owned Al-Iraqiya TV access to the parliament’s sessions “to punish its lack of impartiality.” The station supports the (Shiite-dominated) ruling coalition.

The Al-Sabah Al-Jadid newspaper was widely criticized by Shiite politicians and members of the Shiite community for a cartoon of Iran’s supreme leader, Ayatollah Khamenei, that it published on 6 February. Five days later, a bomb attack on the newspaper’s headquarters caused a great deal of damage but no injuries.

The violations of freedom of information by the authorities are aggravating an already difficult climate for journalists. The conflict in neighbouring Syria has revived inter-communal tension and violence, and journalists are among its leading victims. Fourteen Iraqi media workers have been killed in the past five months. 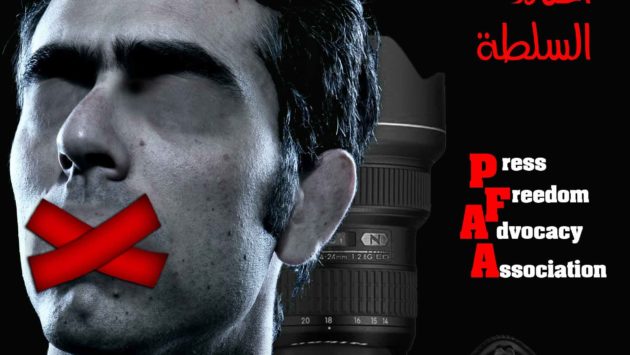