The Power of Political Islamization in Iraq:

The Case of Ending the Civil State

By Faris Nadhmi*; A working paper submitted within the contribution of the Iraqi delegation to the works of the World Social Forum in Tunisia for the period from 26 to 30 March, 2013. Presented on March 27th, 2013 at the Freedom of Expression

The religion has occupied a position in the heart of the political events that control the destiny of millions of people in the states of the Middle East and its surroundings. This means that the political identity for both the authority and the state in most of these countries have gradually or suddenly turned from traditional tyrannical secularism, which was historically related to corruption, suppression, and social injustice, to an Islamistic identity. This identity that claims a foggy democracy does not see in the authority or state other than an option of the divine rule that must be obligated on the community.

Iraq has started the twenty-first century with the governing political religion experience. The American Coalition Provisional Authority following the 2003 invasion of Iraq, encouraged leaders of religious groups and parties (from different sects) to be influential politicians. This was the real rise of Political Islam Era in the Middle East (8 years earlier than the Arab Spring of 2011).

Nowadays, it lives to what has become known as Islamization, in other words the attempt of religious parties and groups along with their several sects and trends to Islamizing the authority, state, community, and individual at the same time in varied manners and degrees aided by the polls to get their aims. Here, Islamization (or religionization) means removing the biological or developmental social aspect from the event and casting on it an abstract metaphysical identity that ignores the relativity of the elements of time and place.

For decades, we will face an essential question: is it religion, religiosity, or relioginization? Is it Islam, Islamism, or Islamization? Is it an ideological religion with specified doctrines and goals in the minds of its believers? Alternatively, is it a psycho-perceptual image that has many faces to the extent of fragmentation, and each face is turned towards a deprived audience that is prejudiced and hungry for any conviction that relieves its worsening identity crisis in a global age, which is controlled by the idols of technology and where rationalism recedes, and normlessness advances?

To prevent any terminological ambiguity, I should say that the religion or Islam is an intellectual superstructure such as science, literature, art, and philosophy, i.e. a system of socio-historical thoughts or facts concerning the evolution of the social consciousness of people throughout history. No objection to the legitimacy of any religion to grow, develop and spread. However, the religionization or Islamization is a violent, coercive attempt to make an organizational entity (as the authority of the state) wearing a theological turban and embraces religious faiths that are already controversial among the clergy themselves.

This Islamization or religionization is in essence an anti-human nature psychological reaction. Human nature is instinctively looking for diversity, pluralism and infinity in mental and emotional choices. So I insist that the Islamist, Islamistic or sectarianist identity means a transition from the neutral socio-demographic aspect of the self to the dogmatic aspect that places the individual in confrontation with the other one who is different from him in religion or sect. It is believed that Islamization moves the Muslim from his social tolerant nature, which coexists with other different people, to his socially enclosed Islamicist nature, which will inevitably collide with the different others.

What are the purposes of the authority of political Islam in Iraq?

Political Islam parties in Iraq are trying to reproduce the state and society according to their sectarian pre-civil sizes. Hence I adopt as a basic premise stems from theoretical observations and the results of field studies, that:

The attempt to impose the political Islamization on the Iraqi society is an opposing option to the deep-rooted secularist trend of this society. One of the main reasons that explain the continuity of the bloody political conflict is, therefore, the tendency of the governing religious parties to form the society according to their formation. In other words, they try to forcibly make the society follow its sect by removing it from its peaceful Islamic nature, where its two religious sects (Sunnis and Shiites) coexist, and force a fanatic Islamistic identity with two conflicting sects on it.

This main goal of political Islam in Iraq to reproduce the state and society according to its sectarian pre-civil sizes, is based on eight fundamental motives comprised in the psychology of political Islam that have been identified over the past ten years in Iraq as follow:

3-    Denial the Facts of Human Nature

5-    Wishing to Impose Ignorance and Poverty in Society

6-    Glorification of the Past and Fear of the Future

These undeclared motives of political Islam ruling in Iraq produced a number of important social phenomena, including:

Among these social phenomena, two basic ones relating to freedom of expression are to be clarified now:

For the previous half a century, Iraq has been the hostage society. An Iraqi is mentally aware of freedom, but behaviorally, he wants to remain a hostage to a force. Thus, he will be relieved of the responsibility and magnitude of the personal initiative to confront a social existence full of crises and deprivations. He is used to avoid this existence by submission and fear of the cruelty of powerful forces that act on his behalf every time. There has always been somebody who thinks, decides on our behalf, and signs documents instead of us, Iraqis: the Baathists, American occupants, and then the political Islamistics who claim to have divine guardianships over people’s minds.

The Baath’s power (1968-2003) succeeded in taming the Iraqis only because it succeeded in planting the phobia of the inner monitor in their wounded selves, and deprived them of the belief of their efficacy.

Today, an Iraqi individual’s thinking is structurally concentrated on crises. He sees a delusion in freedom, and freedom in delusion. He feels unable to indulge in active political participation in the events of his country. He cannot leave alone the complex of being a hostage to overpowering forces, even in the event of the objective absence of these forces. He seeks a kidnapper to protect him. Unconsciously, he behaves as if there is a force other than his will that determines the courses of his actions.

The Islamistics re-benefitted from the hostage society strategy. They translated it into supportive votes that were put voluntarily in the ballot boxes.  This time, the inner monitor derived his energy and continuity not from the power of the party or leader, but from the holy divine power that would not forgive the voter who failed to vote for it. This power was translated procedurally into electoral lists, names, and symbols that played the role of the divine mediator between a human and his God.

There is no surprise in seeing millions of Iraqis curse nominees of specific electoral lists whom they accuse of being corrupt and inefficient. They, however, hurried to re-elect them weighed down by the feelings of guilt and fear of the Hereafter punishment. The Iraqi hostage image has never quit their minds or consciousness. They are unable to restore their behavioral individualism. Their hostagization is still valid and they are immersed in the psychology of submission to the other’s power who represents them as being capable to govern their future, whether in this life or in the Hereafter.

The Masculine political Islam inherited women’s complex for being a contemporary extension of that historic intellectual trend, which was based on the mechanisms of prohibition and shame as sacred means to humiliate the effective half of the society and make it a supplement to the other half. Two elements can be identified in this complex:

–   In contrast with us (the men), woman is feminine not masculine as God. So we, men deserve our sovereignty and power.

–   But this is not enough. Woman should also reshape her self-concept in line with the view of political Islam. She must justify her inferiority through identifying with the aggressor (the man). She has to become a solid mental part of his cultural system. Then, she might avoid his cruelty and ascendancy by being biased for him. She might justify his oppression through evaluating injustices as a type of latent justice. Therefore, she grants him the infallibility that was sought. 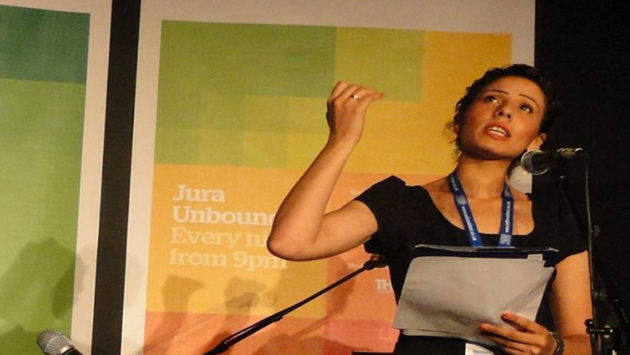